Private or Public: Public. Open to applications of individual locations.

Lore: The Westfold was the western part of Rohan, close to the White Mountains and lying between the river Isen and the Folde. The North-South Road ran through the Westfold from the Fords of Isen to Edoras. Its defensive centre was the Hornburg in Helm’s Deep.

Etymologically, this is Old English folde (Old Norse fold) ‘earth, land, country’, not connected either with the English verb fold, or with (sheep)fold. Compare Vestfold and Østfold in Norway.

Overhead plan: Most of the Rohirrim live in small villages and homesteads located near centres of agriculture, and are primarily based near the White Mountains. Based on this article (http://www.stephenwigmore.com/2012/08/populations-of-middle-earth-lord-of.html), the population of Rohan at our scale would be roughly 8600. Assuming the Westfold holds 20% of the total population, there will need to be ~1700 beds in this project.
Hornburg x 1 = 80 people (Erkenbrand + family + servants + builders + garrison)
Earth-forts x1 = 30 people (garrison)
Homesteads x 18 (20 people average) = 360 people
Lumber camps x 2 (20 people average) = 40 people
Villages x 6 (100-150 people average) = ~750 people
Large village x 1 (200 people) = 200 people
Burh x 1 = 250 people 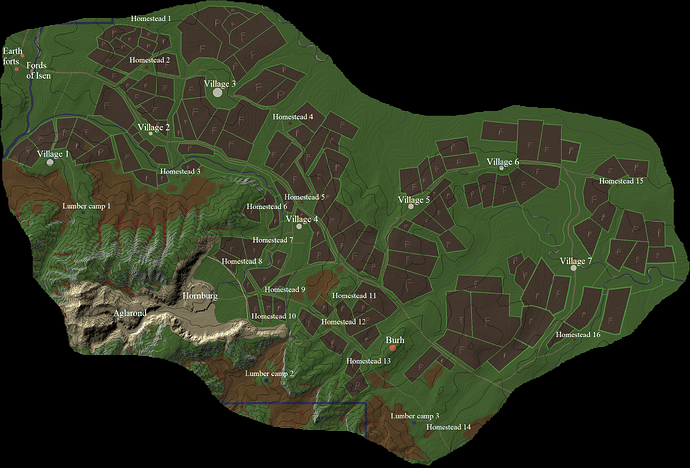 Tasks list
A high proportion of occupations are to do with agriculture and animal husbandry. Men, women and children all helped on the farm. Most villages should not have that many services, instead the people make most stuff themself. Below is a list of tasks that a family normally have. Make sure that some of the tasks is portrayed in the settlements.

In-game guide: The overall style of the buildings should be simple with a central fire and a hole in the roof to let the smoke escape. Buildings should vary widely in size, most of them being square or rectangular, though some round houses are okay to add.

The natural resources dictates what type of building materials can be used.

Straw is valuable commodity that can be used for the feeding of stock, thatching and as bedding material for both humans and animals. There are no glass windows, instead a wooden slit would be used covered by shutters. Toilets are just pits dug in the ground surrounded by walls. The seat would be a piece of wood with a hole in it. In each village, a main hall should be in the centre, provided with a central hearth.

For the roofs i want to keep it simple, I would prefer that you use the staircase block for the thatch and shingles roofs. Use the cross design on some houses as the examples below.

Regarding interior, usually there is only one room shared by everybody, with a hearth with a fire for cooking, heating and light. Poor farmers share their house with animals divided from them by a screen. Animals body heat also helps to keep the house warm. Floors are usually made of earth but wooden floorboards can also be used.

All villages and homesteads must be surrounded by plots of land, on which the owner could grow vegetables and rear pigs and chickens for his family.

The village layout should follow that of a nucleated settlement or a linear settlement.

Terrain: I will personally do the farmland.

For Homesteads, do you just require a layout since all the reference material has been included in this post?

When you say you will be doing farms personally, does that mean that each subproject will only include the actual buildings, not the surrounding farmland?

I will personally do the farmland.

For Homesteads, do you just require a layout since all the reference material has been included in this post?

Would like to see a layout and a concept in-game.

Got no plans on adding special horse farms.

When you say you will be doing farms personally, does that mean that each subproject will only include the actual buildings, not the surrounding farmland?

Correct, you only need to build the buildings not the farmland. However if you got ideas for the surrounding farmland you could always add that to the application. Only requirement is that the farmland follows the same style of what I will be making.

Got no plans on adding special horse farms.

On a second thought, there is a few homesteads surrounded by a lot of pastures (fields marked with a P), you could make them a little more horse-oriented.

@Benzathoth something we haven’t discussed yet is a source of clay and iron. Any ideas?

Are we putting mud inside houses now? seems a bit far fetched to me. Surely they’d remove any rocks and sweep it and throw hay down to keep it dry. Not to mention that the constant treading would compact the soil and prevent it from holding water. Last consideration is that the server is set in the driest part of the year - paths especially would be sun baked and dry.

I’d suggest using the light dirt path more and staying away from dirt and mud blocks especially inside houses.
Feel free to disagree or correct me if I’m wrong though. 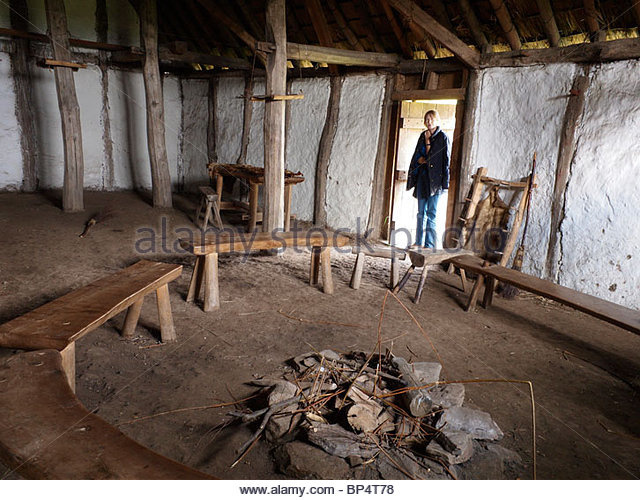 Can you provide an example as to which blocks you’d prefer in houses, please? I tried using the dry dirt and lightest dirt path block I could find, ingame called “Medium Dirt Path” and while they blend rather nice, the dry dirt has some big stones in it which you seem to dislike. Apart from the normal dirt, I don’t think there is another material that really blends well with the path block though.

@Ahorn I found that the “light dirt path” block looked best. I can’t remember which other path block went well with it but it’s a similar colour and texture to the light dirt path.

I have to say, I can’t see your first point then. As far as I was aware, the dirt+“Light Dirt Path”+“Dark dirt path”(same texture but a dark brown shade) was the generic/go-to dirt floor choice all the way from Lindon to the Dunedain to the Beornings. Granted while flying through a lot of locations just now, I often saw the lighter path textures as well as different gravel textures used, but only once I came across a floor where blocks were used that i would call mud - in one of Burh3’s stables.
So if you can point out an example of what you were talking about, I’d really like to know. Or were you specifically refering to the “Dirt Gravel” Ben used in this app and I subsequently in my app as well?
I agree with you and would somewhat like to see this done everywhere, to cover up the bones and only indoors the small plant variant/random ctm of the dirt block, since that is not realistic imo, but that might just be my personal preference and quite the small and insignificant detail.

The first build day in Westfold will be held on Sunday the 29th this month around 5 pm UTC. We will be focusing on building the Hornburg and getting as much as possible done.

My original point was in response to this concept for Westfold Village 6. 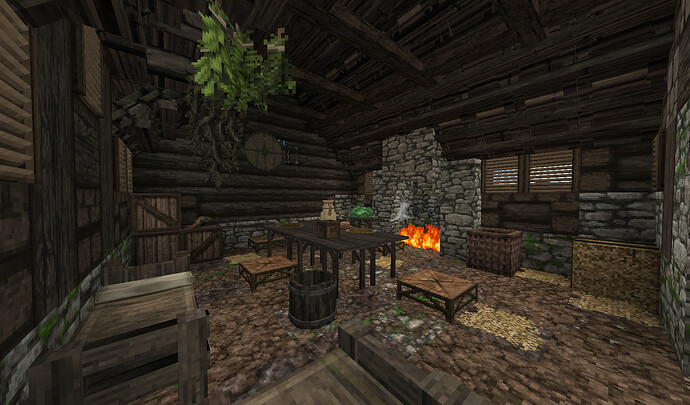 That was a concept from like ages ago, just used it because I was lazy. It’s not actually in the village lol.
That being said, if you spilled a jug of water on a dirt floor, you would technically have a mud floor… ( ͡° ͜ʖ ͡°)

Another thought I’ve had since is where Erkenbrand held his court before the Hornburg, since he only just recently started repairing it in the time we’re building it. Maybe he’d have lived in the burg to the east of it?

I’d quite like to have the hall in the Hornburg be fully decorated so that we have at least one functioning fortress on the server. Maybe the repairs could be on the Deeping Wall?