Private or Public: Public. Open to applications of individual locations.

As other Northmen, the Beornings descended from Men of the First Age who were related to the Edain,[4] perhaps akin to the Third House.[5] As such, the Beornings were close kin of the Éothéod, the Woodmen of Mirkwood and the Bardings.[6][7]

After the Battle of Five Armies and the decimation of the Orcs of the Misty Mountains, many Northmen gathered around Beorn who became a great chief. It is possible that the Beornings became known as a people through being descendants of Beorn.[2][3]

The Beornings kept open the passages of the Ford of Carrock and the High Pass in return for tolls,[3] likely clearing the paths from Dale to Rivendell from evil creatures such as Orcs and Wargs.[8]

In the events leading up to the War of the Ring, the Beornings helped Aragorn, who was taking Gollum to Mirkwood, to cross the Anduin.[9]

During the War, Grimbeorn, son of Beorn, was the leader of the Beornings.[3] It is possible that Sauron’s forces had attacked them in early T.A. 3019: when Frodo Baggins wore the One Ring upon Amon Hen, he saw the land of the Beornings aflame.[10]

Through many generations, the descendants of Beorn were like him skin-changers, able to take the shape of a bear.[note 1] Some of Beorn’s descendants were grim like him and even “bad”, but none of them matched Beorn in size and strength.[2] 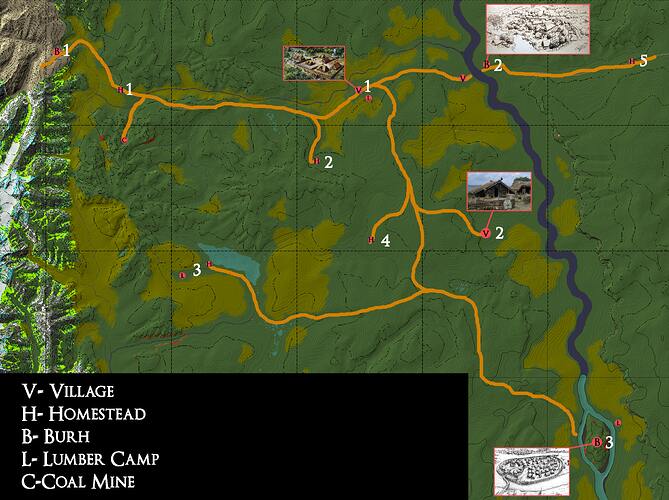 78Gm0j0.jpg5040×3766 1.5 MB
Certain marked locations will be grouped together into 1 project. (e.g:The Homestead by the lake will include the adjacent Lumber Camp/Mill. The Burh at the ford will include the small village across the river)

Projects will be as listed:

Secondary Area from @Whickery_Dickens, most likely will be completed himself with help from others.

In-game guide: Styles will vary. Some example ideas below. Stick to styles similar to reference images and historical cultures such as vikings and slavs. Styles will be developed and approved before applications are accepted. 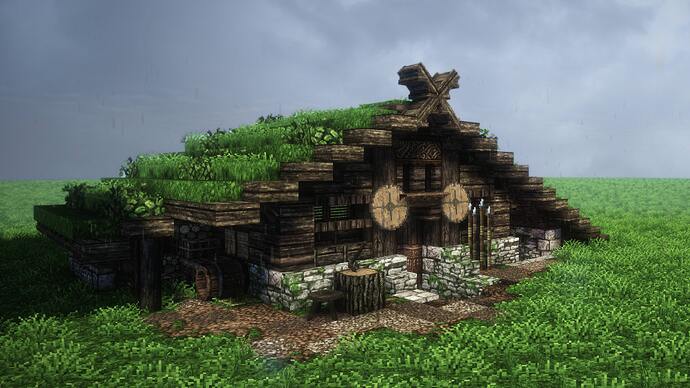 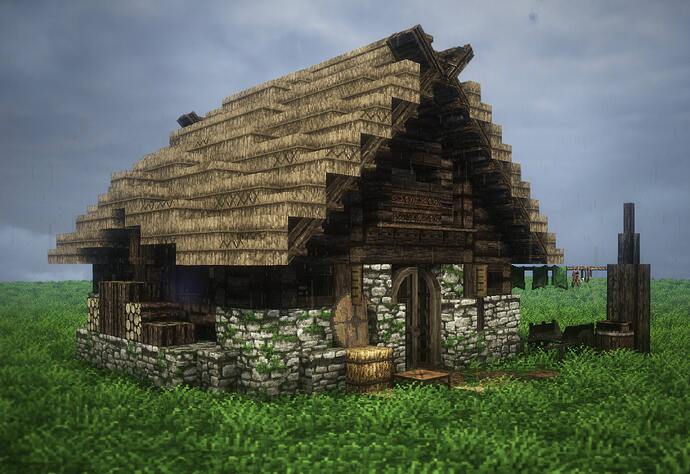 What are your plans for roads/paths?

And I believe the coal mine would more likely be SE of homestead 1.

Looks really good and i’m excited to see more of this style. Just wondering about a few workflow details for the project:

-will you give out settlements as microprojects for other people to lead (like Sothern Blue Mtns) ?

will you give out settlements as microprojects for other people to lead (like Sothern Blue Mtns) ?

I’d like to get around to doing one of the locations myself as a bit of an example. But since each locations style can vary so much i’ll be helping people develop the style as they apply. I may also create suggested layouts for people if they need the help.

Looks good. You have my approval.

Shouldn’t there be one or two camps / watchtowers along the High Pass (also the lore stating both that the Orcs of the Misty Moutains were greatly reduced after BOFA and that the Beornings held the pass makes me think that Goblin-town should be built abandonned)?

That would be in Ori’s project

@Glov could you respond to my iron mine query before we accept this?

edit: @Whickery_Dickens I’ll copy it in here for your benefit:

what do you think of having an iron mine 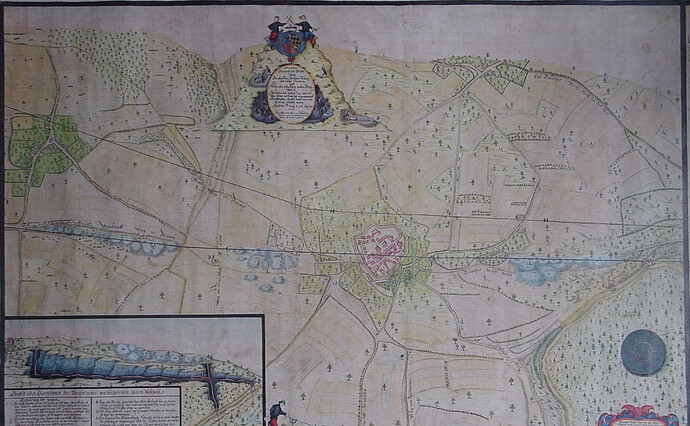 So the blue areas are mine-dumps, i.e. material from the mines
They sunk shafts in regular intervals along the lode (black line) 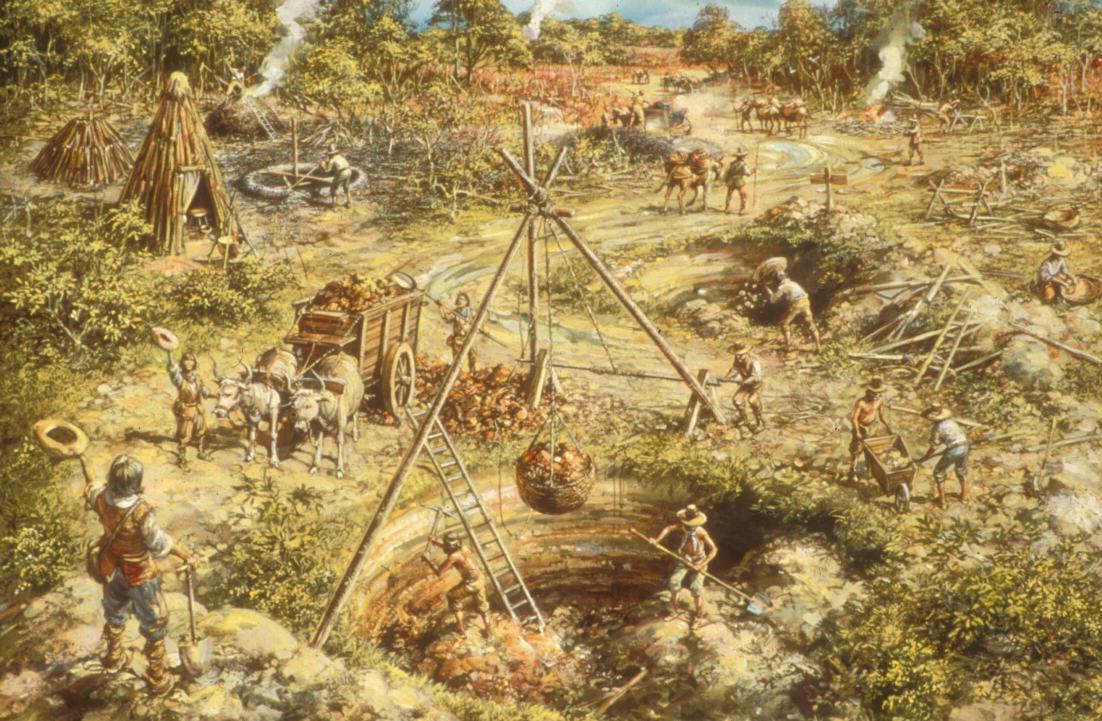 You could have charcoal pits around for fuel etc

If you’re interested in leading a Beorning project, please apply in this thread so that @Glov and @Whickery_Dickens can review your application!

6 posts were split to a new topic: Village 2

9 posts were split to a new topic: Beorgburh

Another question: Will there (probably yes) be a roads connecting Village 2 to other locations? If yes, where will these roads be and who will do them? Want to make sure I plan accordingly to connect my area with the rest, if it will be connected.

For the first question:

For the second question, there will be roads, but you’d have to ask Glov exactly where they’ll go.

The water meadows will be a challenge, can’t wait to give those a try.

Glov-sensei…just saw the roads on the first road #oops

The village and burh at the Old Ford are completely gone, what happened?

Glov just said they are available immidietly before you. He probably got rid of it.