Lore: The people of Dunland have dwelt in this hilly region for at least 5000 years; they were present when the Numenorians arrived in Middle Earth during the Second Age, and likely fostered a thriving trade with the Dwarves of Moria, providing them with agricultural goods in exchange for crafted items and more advanced technology. At some point they were driven out of the northern part of the country; there are a few possible reasons for this:

Whatever the case, by the middle of the Third Age the Dunlendings had started to drift into modern-day Rohan, but were driven back into the hills when Eorl and his people settled there. Since then, they have occupied Nan Curunir and allied themselves with Saruman, due to the promise of revenge against the Rohirrim.

In terms of culture, we have settled on a very ‘Iron-Age Celtic’ look, using primarily roundhouses, with a few longhalls and hillforts.

There will be five main tribes, each divided into a few individual clans (more about that later), each featuring a blend of the three main cultural styles.

PLAINS TRIBE Terrain: open, flat moorland, with some hills in the south-east area. The area is very easy to settle and allows the population to spread in the entire territory.Climate: even if the region is pretty far from the sea, the absence of...

Note: this doc is still a work in progress

It’s a fairly easy style to get a grasp on. Plus, we’ve made templates for houses of varying sizes, which can easily be pasted in.

In-game guide: A plan for the first Plains tribe village can be seen at /warp dunlandtest. There are also guidelines for each of the three styles just northwest of /warp fbdunland. These can be copied over once the actual project begins

Terrain: Not much needs to be changed aside from earthworks around hillforts, and increasing tree density in some of the lowland forests

Plan for Completion: We will work on one tribe at a time, starting with the Plains tribe (it should be the easiest to start with, as it only uses the Lowland style). Each village, coupled with surrounding homesteads, will be its own project. Religious sites will be sub-projects.

Looks good! I would suggest taking a good look at the inspiration thread for the wildmen to come up with unique ideas for the villages. Also for those who want to lead a village. -go ahead from me!

Looking good, this will give new players more varied builds, and the server overall more activity. Have fun! 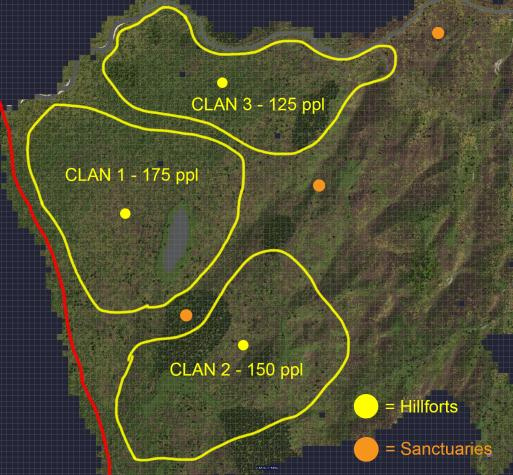 This region is divided into three clans, each with a village surrounded by many small hamlets. Dak and I are leading Clan 1, whose village is now open at /warp DPC1. The other two can be applied for in the near future. In addition, there are 3 main religious sites in this area, at /warp DPR. Message us for details if you’d be interested in leading one.

As cool as they look, do we think we might be going a bit overboard with how many stone circles or similar type sites we’re making? Seems like we’re just plonking them nonchalantly on the edge of every village at the moment. Not only does this seem quite excessive considering how long they would take to create (Stonehenge took ~1500 years to make for example) but also detracts from their significance.

I think we should either tone the size of these sites down, reduce their number, or change most of them into a similar type of site like those shown in the pics below where you can see the log circles. 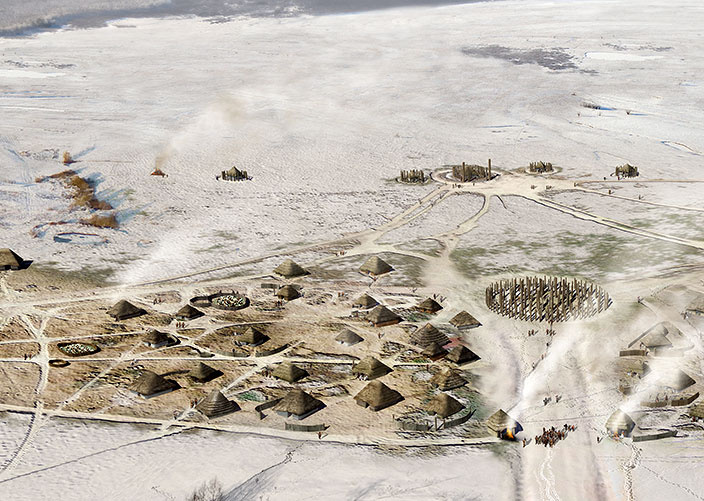 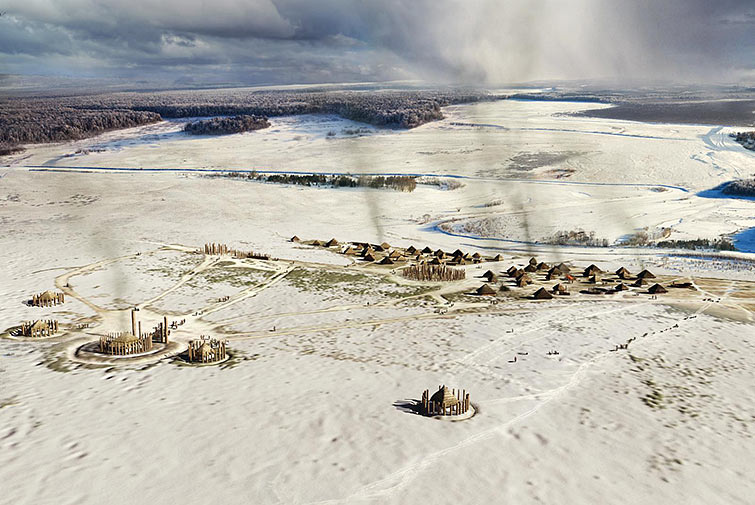 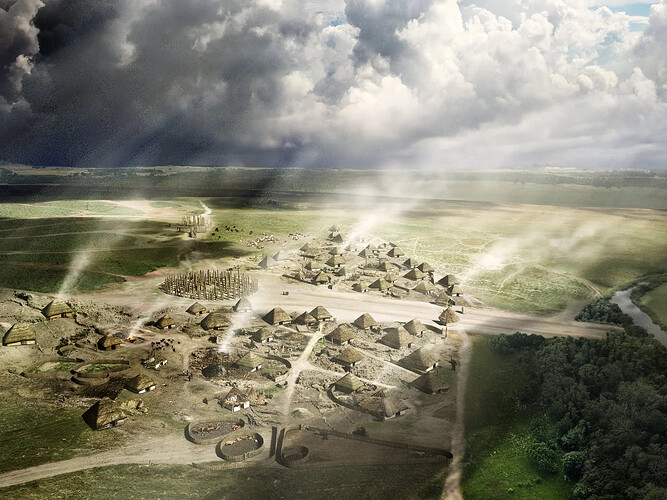 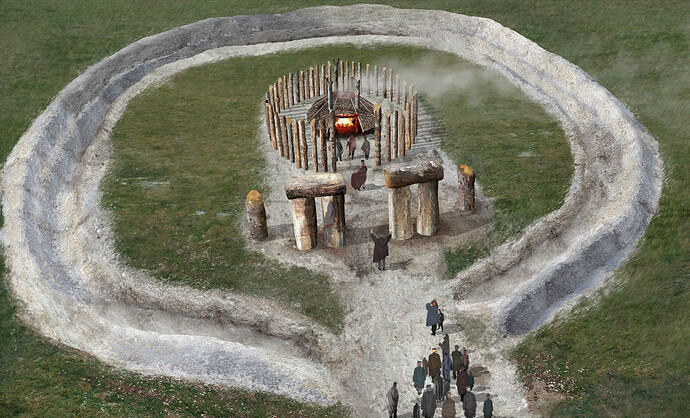 Let me know what you think

With the timing problem, we could say these are left over from their original settlements in the Second Age. But I do agree that they may be too commonplace; we can try to find a better balance between rings of stone and wood.

Based on the research that I’ve done on the Iron Age and Neolithic across Europe, I concur with this. The manpower required to erect a megalithic circle is almost unimaginable. They should be minimized and made really special. “Woodhenges” can be made with less care, but are still significant sites. However, if you really need to spam megaliths, I’d recommend looking at Carnac in France for inspiration on how to implement it: Carnac Stones.

Public Service Announcement:
As we move into the more mountainous parts of Dunland, we’ll be transitioning into a slightly different culture. Many things will stay the same, but there are a few notable differences. Firstly, you’ll notice that the houses have steeper roofs, and the wall materials are different, but don’t panic, the same rules apply to the roof gradients, interiors, etc. Also, these settlements will look less like traditional villages and more like hillforts. Overall there will be more focus on herding than agriculture, and tanning will be more advanced than in past areas due to accessibility of lime. Lastly, keep using mostly the same vegetables as in Rohan, but also make sure to include cow parsley in your allotments to represent “skirret,” a root vegetable grown by the Picts. 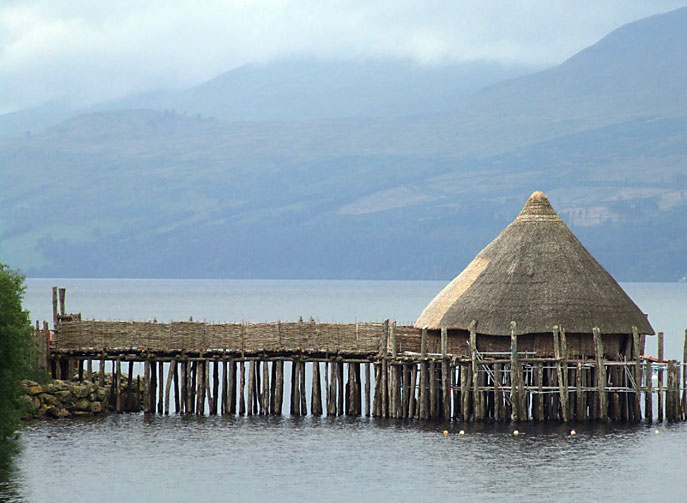 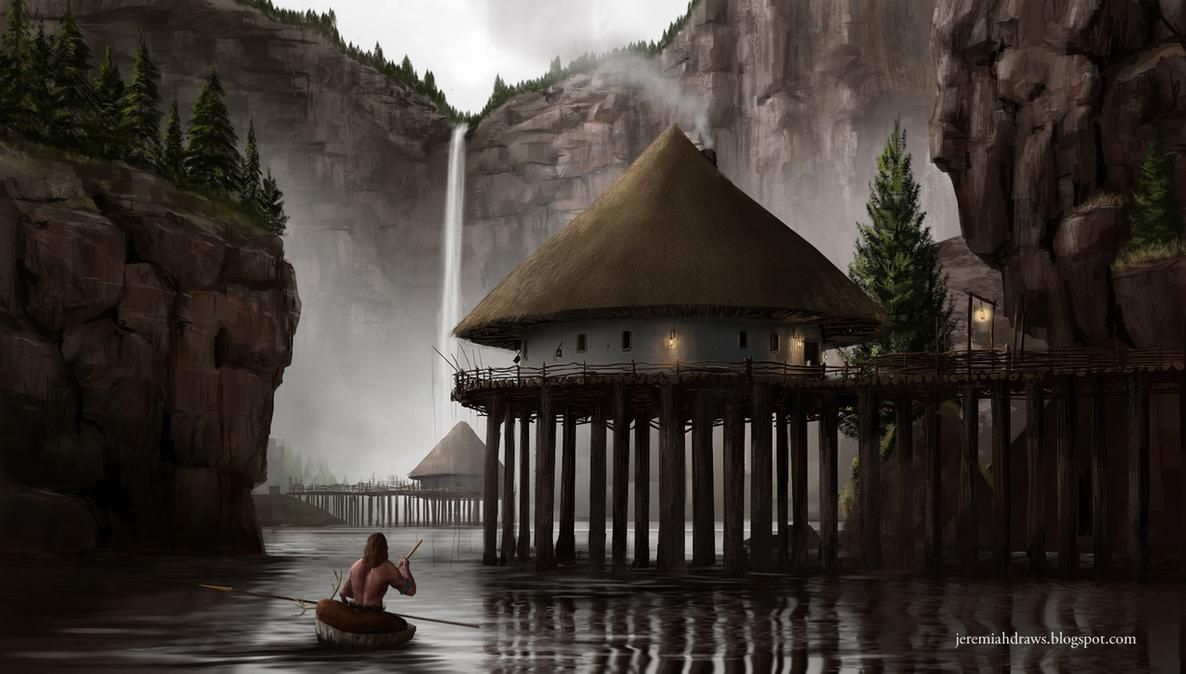 From now on, make sure every pit granary is either closed, or (just a few, like once every 10 times) opened, with evidence that they’re being refilled, so no more open pit granaries like we’ve done until now.
I’m updating all the villages with this new approach. (This has been discussed with Lind btw)

As many of you probably know, I’ve been hired as a gardener at a local park, so I’m now working outdoors 40 hours a week. Between the resulting fatigue and my lousy internet, I really don’t have the time or motivation to lead a project of this scale. So I’m stepping down from official leadership of Dunland, leaving it in the capable hands of Daktubalan and Fruittuitella.

That being said, I’m still going to help as much as I can. We’re currently planning the fifth and final Dunlending tribe, which will be very different and hopefully pretty exciting. However, all the upland ringforts must be completed before we can start, so please make an effort to finish them soon.

Sorry to hear that you’ve stepped down, though I’m sure Dak and Fruit will do just as an amazing job as you did! Good luck with your gardening!

As many of you know Dunland got into a bit of a slower phase, all major settlements were pretty much done and we wanted to finish off the rest of Dunland before we moved on to the North Tribe or the Isengard Tribe, that’s still the plan.

Some of you might also know that we started revamping the homesteads, they simply weren’t historically accurate enough, that’s on our side. We saved the old homesteads in freebuild at /warp DuHSaves, mainly for copying houses, since we will be re-using the houses from the old homesteads as much as possible.

Here’s an overview of where the new homesteads will be, note that it might change a bit when we’re actually gonna start planning all of them out, apart from the first 8 that is, since they’ve been planned out already. Black dots are old locations, white dots are new locations. 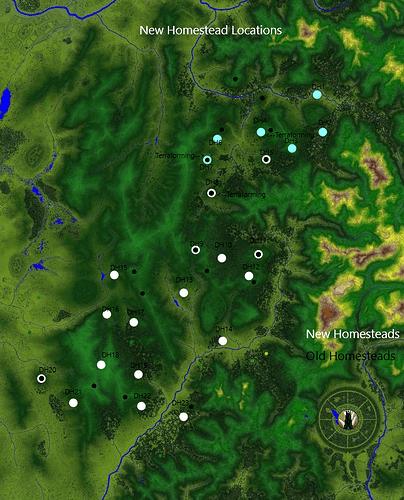 New Homestead Locations625×772 813 KB
We’ve divided the homesteads over sections, the first section has hereby been opened and includes DH2-8, not that DH4 has been scrapped and DH7 won’t be an actual homestead, this only leaves DH2,3,5,6 and 8 to be claimed for now.
The second section includes DH9-DH14, the South tribe, third section will be all the other ones, unless we decide to split those as well.

This list keeps track of what Homesteads are available to be claimed, and which ones are claimed already:

Let me or dak know if you’ve claimed a homestead, and don’t forget to put up the date on which you claimed it.

Second section of homesteads are now ready to be claimed, this includes DH9-DH14. Note that some homesteads can only be claimed if you have the specified rank or a higher rank, if you haven’t got that rank but would still like to claim it because you think you’ll do a great job, you may ask me or dak if you can claim it.

Aight thought with the amount of projects going on atm why not open some more work?
Section 3 is now open to be claimed by Apprentice+ (unless specified otherwise).
Section 3 includes DH17-23, the last homesteads in this revamp (excluding the ones we skipped over for now, those won’t be similar to these). reason we’re not waiting for the other section to finish this time is because the style has been established and there’s enough reference now for other homesteads

IMPORTANT: DO NOT MAKE LUMBER AREAS. We will have to redo all the lumber areas throughout Dunland because of inaccuracies, so it’s pointless to build them rn.

We will also hold a buildday to finish off these homesteads in a while, but that shouldn’t discourage you from claiming one. Let me or dak know if you’ve claimed one

Alright DH20 being finished means the homestead revamp is done, big thanks to everyone that helped build them, it really had to be done and the results are amazing!

Dunland will now go into a ‘hibernation’ period, where me and dak, together with a few others will work on everything that still needs to happen before we can move onto the Isengard tribe, there’s a lot of ‘small’ things that should be improved or made. This will likely take 1 or 2 months, in this period we won’t have a lot of public work, still we can use some help, so don’t hesitate to ask me or dak if you can do anything. Creepy is also currently researching/planning out the North Tribe, which will be entirely ruined.

Can we open a discussion about the Dwarfs in Dunland. Why do the dwarfs need a permanent settlement here when they moved TH so quickly? If they’re described as being travellers, why not just have tents/temporary settlements around Dunland?

If people insist on a proper permanent dwarf settlement then I’d suggest to just cave it in and only do the front façade and then leave it until we have the Moria blocks to do properly at a later date.

Please discuss any opinions though