Tirannui
No direct lore from the books ;-;
The village is close to the shore and watches westwards. It stands upon some cliffs and is centered around a small beach. This will be mainly a fishing/boat building village. 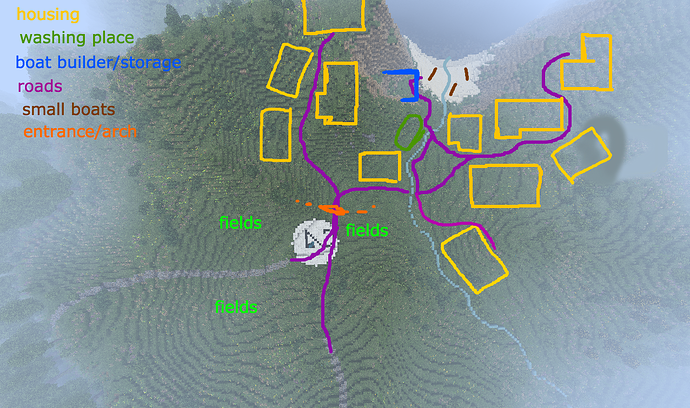 Harlond_5.png1276×755 1.72 MB
I will put the professions of the houses once i start planning the village itself. Some of the houses will be abandoned as well. 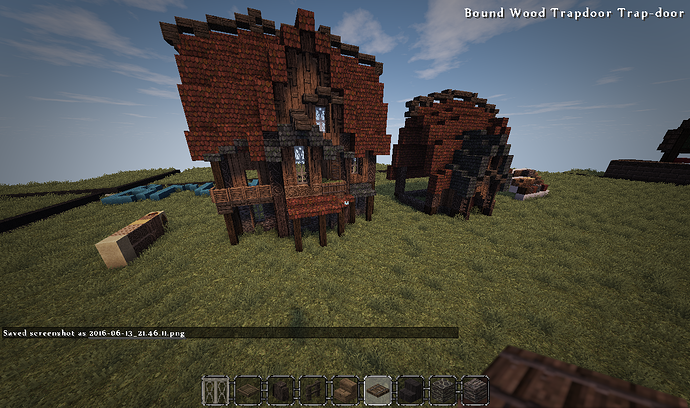 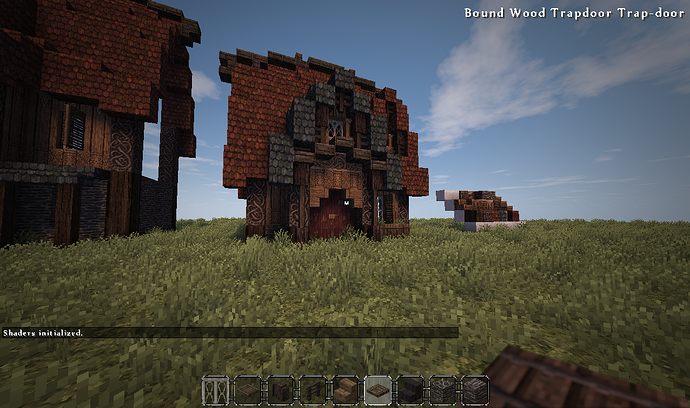 This is the first time i used this style and will also incoorporate certain elements from Kemce’s concepts.

I may add the new elven blocks later on, but i really like the wooden feel of the concepts C:

I feel like you’re simply copying the harlond style into a village, instead of using the blocks and making a similar yet more rustic style that would make more sense. Your house layouts are also extremely massive not taking into account the terrain. You should utilize the fact you have hills and nice cliffs next to your village! You don’t have to make the village fall exactly on the wool dot. Just my two cents.

The wool outlines are rough and don’t have to be exactly followed (as most people on this server know).
And i will be experimenting more with the style when i have more time. And i didn’t just “copy the style into the village” i said in the app that i will be using more wood-like blocks.

I would like to know some more of your thoughts about the layout. Or at least explain it, a elven village will most likely look very beautiful. Do you have a center point, how are you going to accomplish a unique feel to it (trees, parks, use of nature?).

I will be focusing around the little beach area, the buildings are mainly built around that. There will be fields and trees before you enter the village, then an arch to signify the entrance. Fornad said that adding some abandoned houses would be nice as well.

And as i said earlier, the main materials will be different wood blocks. There is a village not so far from where i live and it has a very very nice atmosphere with bushes and trees and flowers that i will try and recreate.

Maybe i will make an eating place on the beach as well, for the elves to gather on a sunset after a long day C:

If you could post some more example builds itd be appreciated bruno, cheers.

I’m studying atm but i will post some more concepts as soon as i can.

I made this a few days ago when I wrote my post in the Lindon thread. Just to exemplify to Wheellee how extensive I think settlements should be. 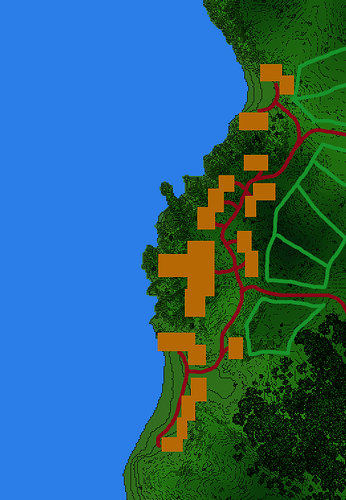 KXzqxeV.png524×756 99.1 KB
The idea was that the town was centered around a large Cliffside Estate. But it could just as easily be another landmark such as a guildhall.

Whether you take inspiration from this or not, one thing I think would be nice to see in the settlements is connected buildings. Similar to those in Longbottom. You see them regularly on seacoast villages. Which I feel also tend to spread along the shore rather than built up on one beach.

Also, considering the proximity to the forest, it would make sense to have a lumber mill, especially since it would be a boat/fishing community. It would also be cool to see windmills on the cliffs as they would get some prime wind (Amirite Guan).

Do you mind me using this/expanding upon your plan then? And where would the lumbermill be? I don’t think there is a river close it, or is there? 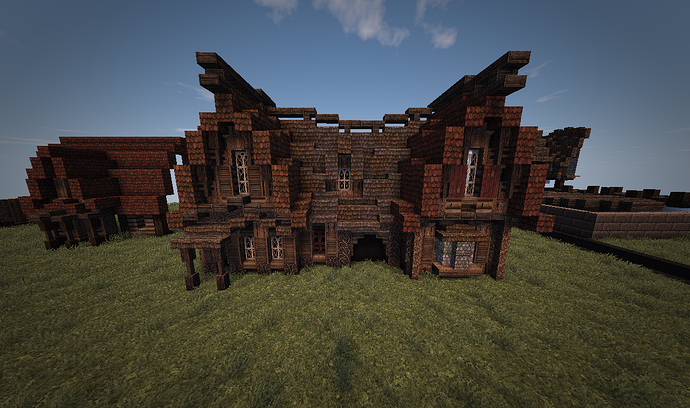 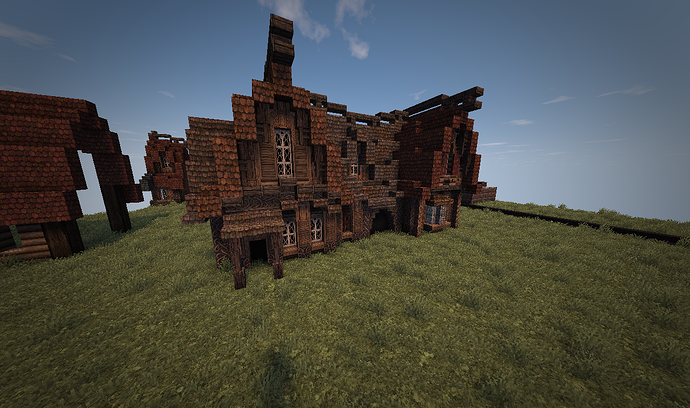 Another concept, been looking at other peoples styles as well and i am beginning to like this one C: 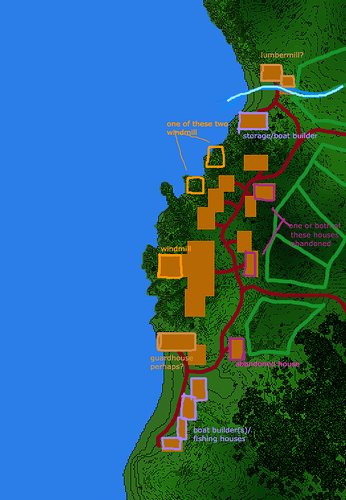 Worked a bit on Glov’s plan (note, the river is planned there already, so it seemed the most logical place for a lumbermill.

From the post that glov made, i think it could be a good idea to add a few more houses into your plan bruno, they can be either abandoned or occupied, but if you could add two or three more please. 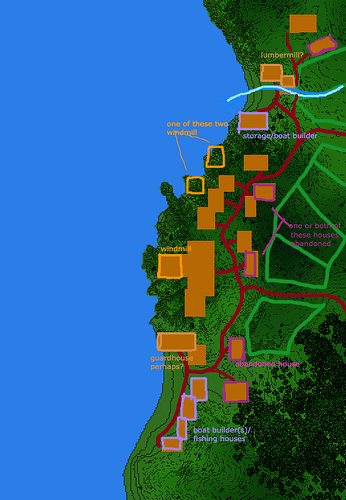 There you go, two abandoned ones got added and one that is occupied as well.

Thank you King! C: I will keep that in mind.

You have a stream to use, so don’t feel obligated to use this. But it’s a helpful design to use elsewhere if necessary as well. So just food for thought.

I love your new house style! It was exactly what I meant!

More food for thought
[Layout that is, not the building style] Could very well work for the houses on the beach.

A quick suggestion; perhaps avoid doing the hump-like curve in roofs? It makes them feel bree and shirelike. Instead try do a slanted curve leading either into a louver or another roof. Would give it a nicer effect. Just helps make it feel less human than that of bree