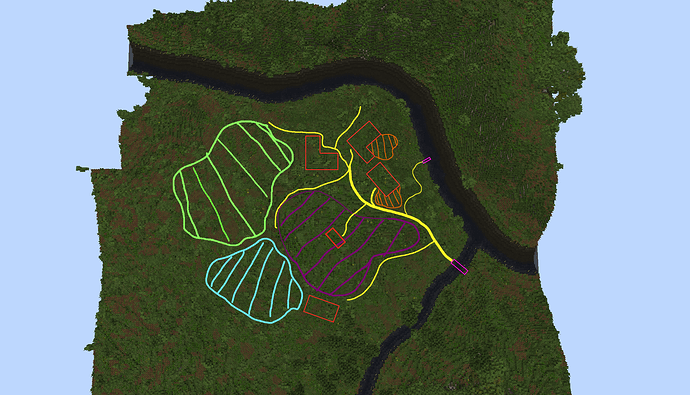 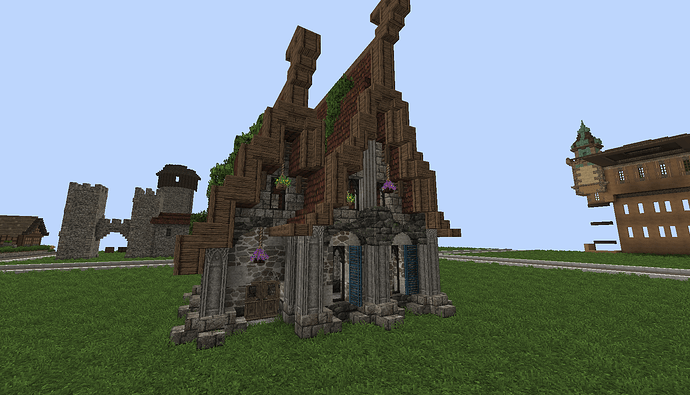 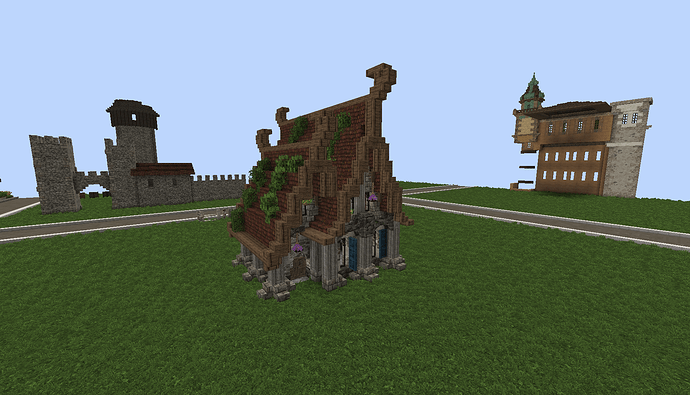 Maybe include some professions and resources this village is based on? Also just four buildings is a bit too small i think.
Could maybe add a few more? Maybe have a nice little bridge to some more buildings across the river? There is also a smaller stream that you can make use of, could build a watermill. If it’s near a forest it could be used as a sawmill.

I have a few problems with the concept as it is right now.

I was planning on adding professions (when i do the ingame planning), i already talked about it with Fornad. Also Fornad wanted it to be a very small Hamlet, but i’ll probably add 1 or 2 houses so that makes a total of 5-6.

Okay, thanks for your feedback, I’ll try to fix the roof and I’ll come up with something for the pillars so i still have depth but dont have them separated for the wall. Sorry that it may have hurt your eyes a bit but ill try to improve it.

Just a quick thought after reading Kemce’s point and actually not testing it out ingame, but if you want to keep that depth look, maybe make the full block pillars just vert slabs or trapdoors?
And i think, four or five buildings is enough there. Forlindon is/should be pretty empty at this point. With all the new settlements it’s getting very close to Harlindon’s settlement density already…

Maybe add a mansion only? With a workers house, and add a few more abandoned houses

I agree with @Ahorn, keep it to 3 houses please.

Okay, ill keep it to 3 houses (as it was originally planned)

I’ve changed the concept a bit, i hope its better now.
(I adjusted the pillars and the roof) 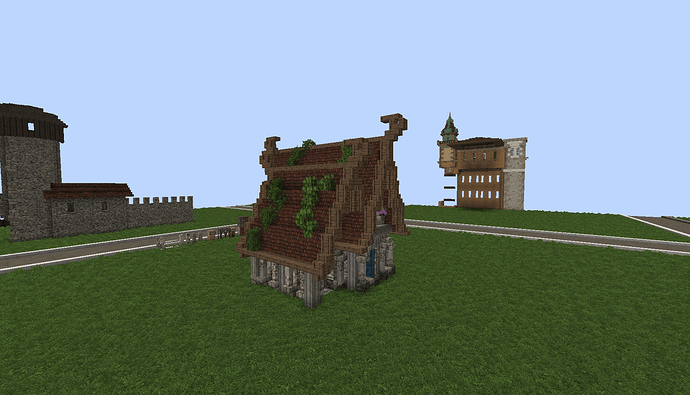 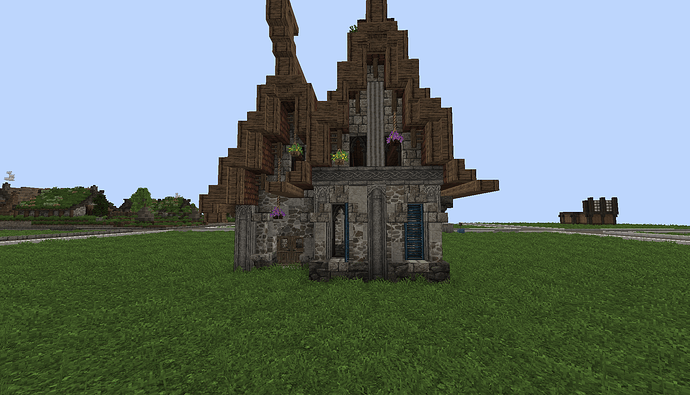 Kemce’s point still stands, the (edge of the) roofs look a bit off. You could take a look at Numenetsir for inspiration, they’re a bit more realistic.

I’ve changed it again after i took a good look at Numenetsir, this is the result, hopefully this is better. 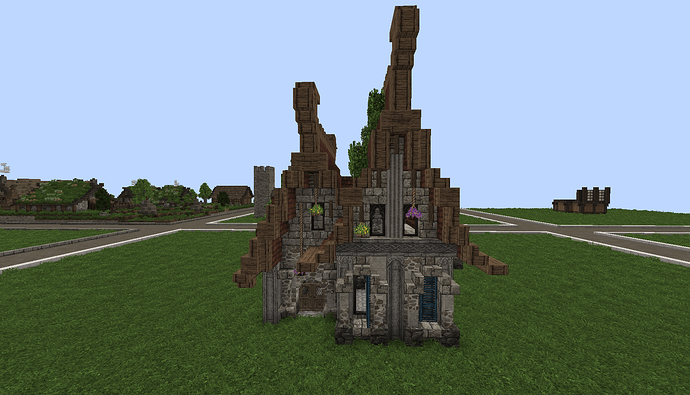 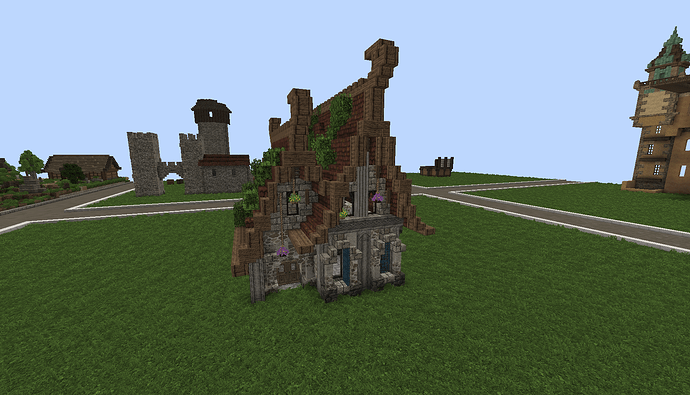 Thanks for the feedback by the way, it helps me improving on the elvenstyle.

Why don’t you use vertical slabs for the roof? Also the overhang tiles aren’t covered. I think it would do fine if it would just stick one block out instead of two. And the windows on the second floor are located just above the horizontal pattern block which looks a bit weird, but that could just be me. Maybe try fitting a new layer of normal wall under the windows on the second floor (right house).

I do use vertical slabs for the roof, I’ve pushed the border of the roof 1 block back so it doesnt have a over hang this big, that also fixes the point about the overhanging tiles not being covered. I’ll look into the part about the windows being right above the horizontal pattern.

Seems fine to me now, accepted!

Hello guys,
as you might have noticed i’ve been a bit inactive for a while now. This is due to lack of motivation for playing minecraft in general. This will also mean that someone has got to take over the project lead of Ravaníma. I feel like i can’t produce any good builds due to the lack of motivation, that is why i quit the buildteam.

I wish you guys best of luck with the project and i still think you guys are awesome, maybe i’ll come by some time in the future to see how things go. But for now, i want to say thank you for the lovely building experience for the time being.

This will also mean that someone has got to take over the project lead of Ravaníma. I feel like i can’t produce any good builds due to the lack of motivation, that is why i quit the buildteam.

@Fornad, mind if I take over this build? I’m suffering from project deprivation already

I believe @VVinter offered to take the helm for this village during the meeting last weekend. I may be wrong though.

No problem. I wasn’t in the meeting last weekend sorry.

Plenty of Arnorian settlements to apply for though!