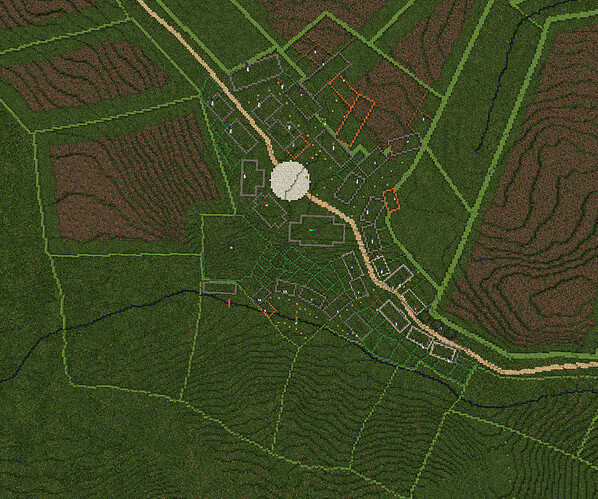 Summary of Lore: Mearhdenu is widely famed for its trading, and marketing of prized work and War Horses. It’s even believed that the mares within this settlement birth the most widely sought after stallions north of Edoras. Both the skill of the breeders, and the renowned finesse of its horse trainers have proved invaluable to the surrounding regions.

The entire settlement is nearly surrounded by its famed pastures and prodigious facilities, only rivaled in beauty by its admirable main hall. Here the village folk often dine, and socialize with both the towns folk, and interested buyers. To further increase the towns availability to the surrounding settlements a large tavern rests just opposite of the market center, bringing in both the wealthy, and poor, in hopes of striking a good bargain.

Appearance: The village should have an appealing street view from the main road, as its a prized trading point within Westfold, and should be designed to attract possible buyers. That being said the farther from the main road the buildings reach, the more messy they should appear. This does not mean “Make it all grand” this simply means make any points of the structures facing the main road look slightly more clean, this could mean less moss, or perhaps simply less variation in materials. Buildings closer to the stream should obviously look slightly more messy, especially around and form of garden.

Fulgoldun an example of what this towns buildings should look like in appearance and style, since it is both an adjacent settlement and a prime example of the style, The only difference we will have his more mud brick around central towns buildings.

additionally I want to see layering either using slabs, stairs, or trapdoors around the base of the building. These shouldn’t look flat and perfectly cleaned out. Buildings should have depth and realism put into them, no matter what their hierarchy in the village may be other than the main hall.

Professions: Something I was to really emphasize within this village is the way people both create and sell their wears. I have one major gripe with a few of the settlements I’ve seen so far and that’s simply that not everyone should have a shop. Some houses may have a sign saying “Basket Weaver” on them, this doesn’t mean make them a shop or desk to sell these baskets. This means that likely the family inside weaves their baskets, and sells them at the market in the evenings. This applies to most professions.

Housing: I expect to see tight living spaces, with farmers having room to bring small live stock into their home in poor weather, (provided their home is large enough to accompany this). Food should be widely stockpiled, with things like sheep skin rugs, and furniture being in rarity, however each home should have some form of work space, and personnel storage space such as a trunk. Beds should be close together, near a heat source, this is to provide both warmth and light for the occupants. I do not want to see the heat source on the opposite side of the house to beds, the heat source should be in the center of the building. You may have an attic, but it must have ladders for access, and can only be for material storage, and or food. Floors should be wood, and buildings close to the stream should be slightly elevated from the ground.

One thing that was stressed for Rohan building style in the development stage was to keep foundation bricks to a minimum height, or none at all, to differentiate them from the beorning style. Your example looks extremely bulky in that regards. Cool lore and village concept.

Also you may want to read bens Westfield post regarding professions and his overall concepts. He has a guide at warp rohanguide

I agree, Ill talk to fornad, or ill keep a close eye on each building. Further council would be appreciated as you have more experience in rohan than I.

I have complete faith in you. You’re very creative so I’m sure it will turn out great.

I’ve updated the layout, big thanks to ahorn for helping with laying out the horse ranch and trade market.

This project is on hold until the outstanding issues with the plan are fixed.

As Chevy is now finished with Aldorstowe, this project is now back in progress. Chevy and Harry are the leaders.

builders: please look at guans example above as it is a good depiction of what we are trying to do in this area.

ready for a final look over to open back up

The only issue I can see at the moment is that you have lots of specific professions, which Ben said he didn’t really want - rather evidence of tasks being carried out. For a blacksmith it’s fine, but you don’t need a baker since everyone would make their own bread, or a weaver/tailor since most women would weave and stitch. The bowyer/fletcher wouldn’t exist in a village of this size, and neither would the merchant.

Basically 90% of the population in this village would be farmers, and they’d do everything else as secondary tasks.

A high proportion of occupations are to do with agriculture and animal husbandry. Men, women and children all helped on the farm. Most villages should not have that many services, instead the people make most stuff themselves. Below is a list of tasks that a family normally has. Make sure that some of the tasks are portrayed in the settlements.

please do not raise any of the floors from what they are now. Floors should be dirt. There are some example buildings above and you may also travel to fugoldun- the village just east -to see more ideas. enjoy!

Can we have a ban on these kinds of windows? They look shit, and have no purpose other than letting all of the heat out. You can barely even see them from the inside of the houses. 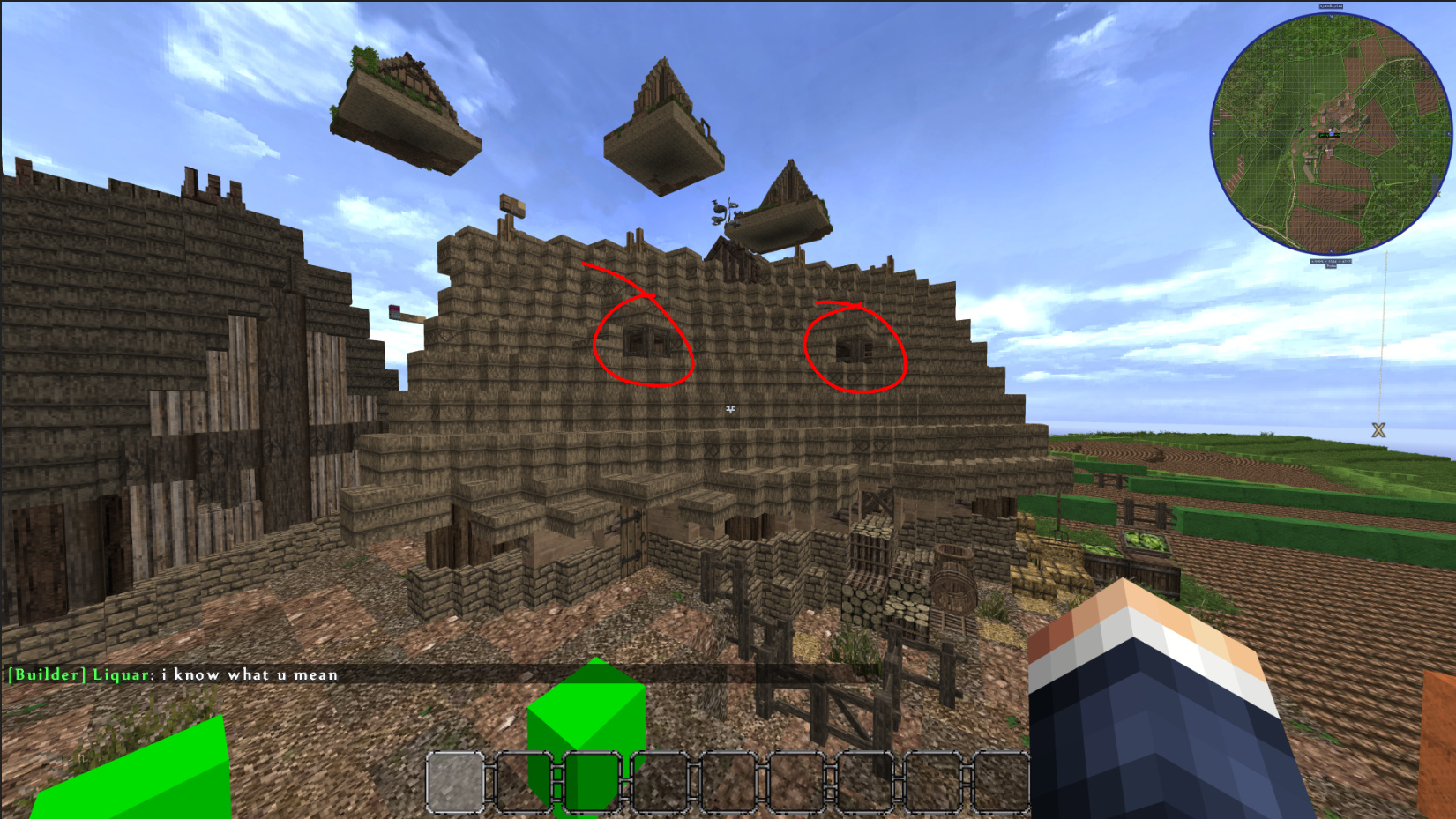 @NikeBisou is now co-lead with Chev.

Builders…plenty of lots open for building in Mearhdenu. Standard and diagonal available. Why waste away helping dwarves and elves when you can help mankind in Westfold? Join now!

Most derps have been fixed. Should be finished today minus the coppice forest. Lind has agreed to help me with that sometime this upcoming week.