To be allowed to build in Harlond YOU must READ this document: Harlond Guide

Lore: It isen’t much relevant lore about Harlond, but we know it is mostly sindar elves there. 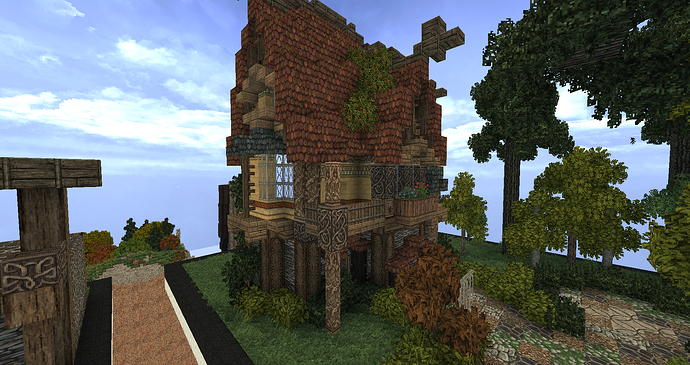 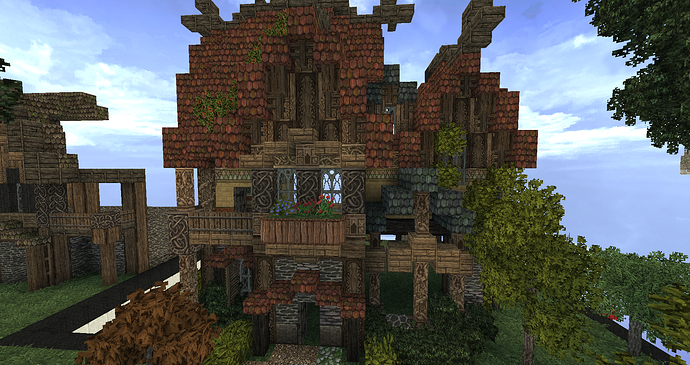 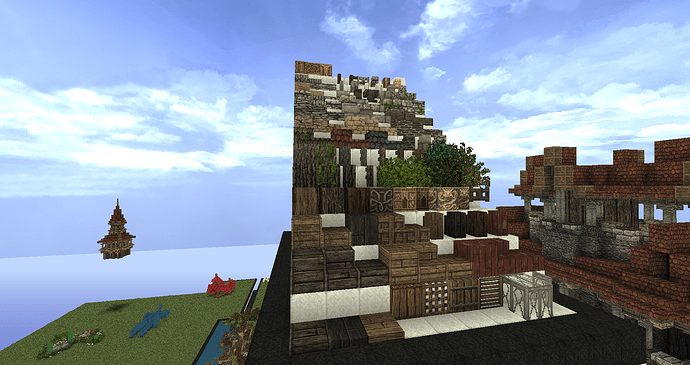 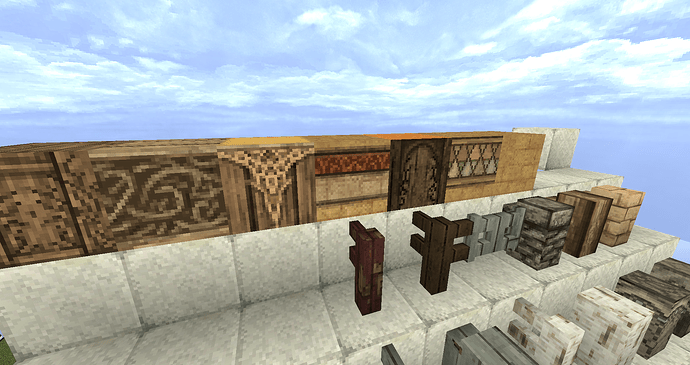 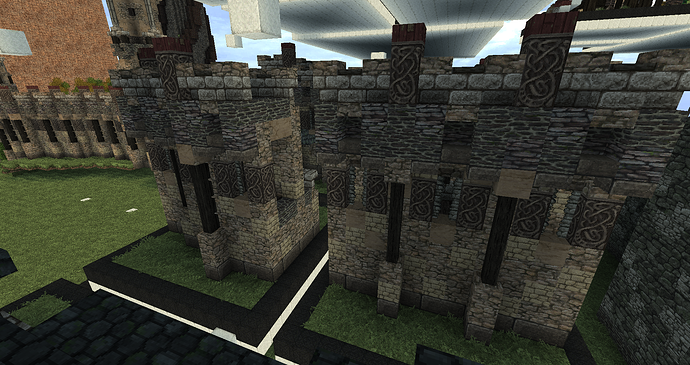 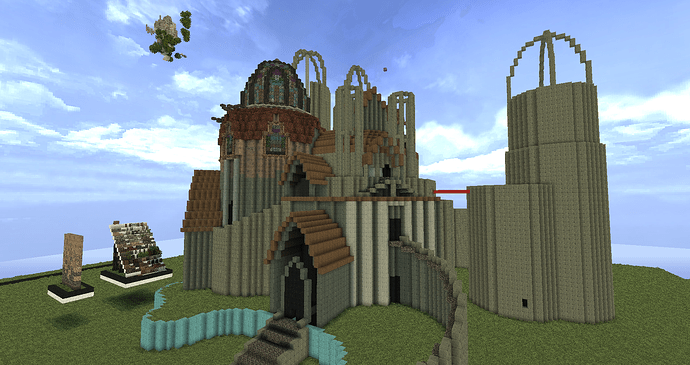 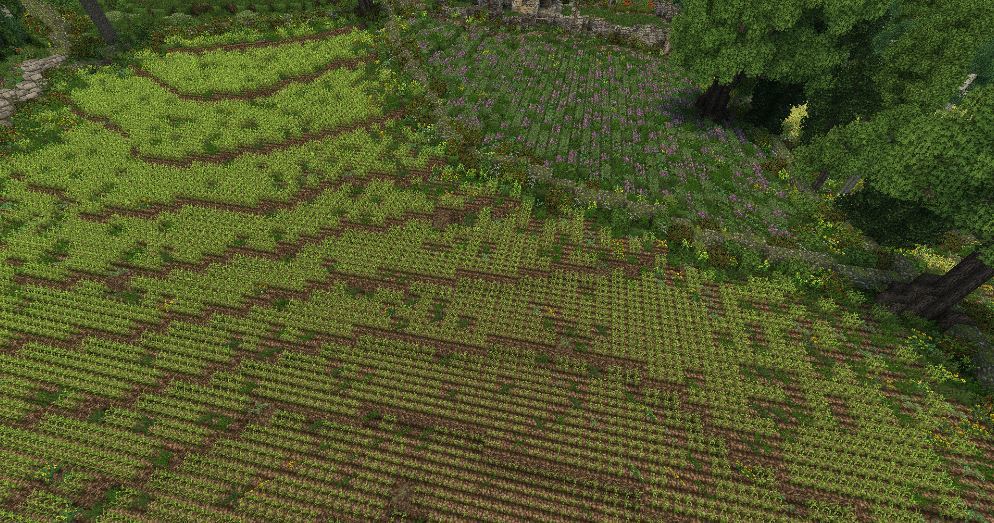 Is there something I forgot or do you have questions?

For the architecture it will be a mix of sindar and wood elves.

There shouldn’t be any wood elf influence - they didn’t live in cities.

The palette is nice overall, but as I think you know, whee is working on custom textures for Harlindon and so it would be better, before the update to 1.8, to focus on detailed planning in wool (and perhaps the farms and walls).

That’s my two cents, I’ll let others leave their thoughts below before I accept.

Oh, I was talking with wheellee about Harlond, I guess I misunderstand what i meant about wood elf influence. And yeah, I don’t want to start house building and interior before the next update.

Updated, with some new texture pictures.

I like the layout, and the style of housing. Perhaps Harlond could be distinguished from Mithlond stylistically by a lack of domes and use of a different tower shape instead, more conical? Just an idea.

I think that the application should be more detailed on individual buildings rather than just saying grouping it all together, a more detailed plan on layouts of buildings allows the project to run smoother.

Yeah, the towers will be more pointy, instead of domes.

Yes, I could do that. But I don’t think that will be a problem. I’m personally very systematic when I build and layout stuff. I’m going to plan out big sections before people can start building houses. I mean, give the right information needed for each house, professions, who lives there etc. Maybe I will sneak in a new man is fish story there, nah, just joking. But it is hard to plan out what goes where, before I start layouting ingame.

Generally it’s better if detailed plans of buildings are done ingame with wool. If they were done in a texture editing program it would be a waste of time for large cities as you’re essentially doing the same thing twice.

My workflow will be pretty close to what they do at westeroscraft.

Alright, I think everyone has had their say. Accepted, good luck!

One tiny criticism. The red planks on the walls are kind of distracting.
All the other materials mix well except the planks, so my eyes are just drawn to those red planks.

yea, people have kind of mixed feelings about the walls. I’ll try to make a new design, and hopefully come up with something that’s even better.

Some great work on the planning so far Kem, keep it up!

For those who wonder, we will not start building houses before the next block update, I want the right blocks first and possibility to do interior as well.

I will leave for holiday from the 6th to 22nd july. There will be no one in charge while I’m gone, But I’ll give King/Atlan permission to work on the allotments. Everything else is off limit.

Given the amount of tiles used in Harlindon, there should be a place to dig clay in the marshes, and a tile-maker in the city itself.

Should also be a place for wood tile making in the forest as well. Noticed a few on the walls.

Suggestion for the dome on the palace. ;o 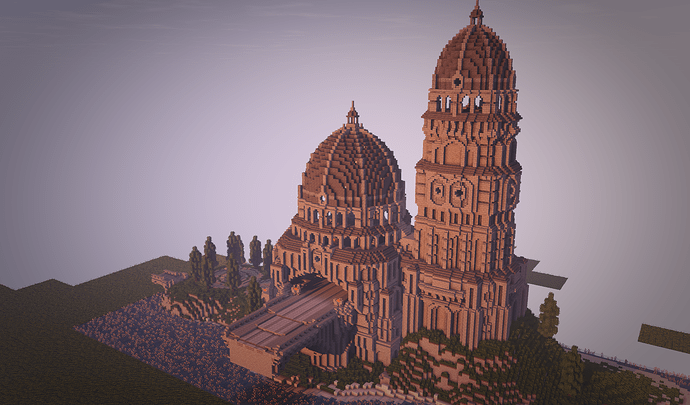 Small update here. The project has been going on for about two months now and no houses built. But I can assure you that is going to change, we are getting really close to finally start it. I will take this moment to say that I’m going to lead it a slightly different way then we are used to on this server. It will be a more structured workflow, and hopefully it will turnout for the better. I have made a Harlond guide document I will release when we start building, so more about that later.

I really look forward to seeing how you structure your workflow - if it turns out well, we’ll use it for cities in the future!