Thread title: Project Application: Mine B

Location name: Mine B
Lore: This is meant to be a small settlement in the north Ered-Luin. the dwarves that live here belong to the houses of the firebeards and Broadbeams. some dwarves built new settlements after the fall of nogrod and belegost. Some dwarves went to Thorin’s halls, that’s why there are a few empty houses.

You can have a look at my plot for the better view of the lay-out. plot 0:7, my other plot has also dwarvish stuff but that isnt part of the application.

Overhead plan: http://imgur.com/gallery/SBOAl = my plan and concepts as well.

What’s the overall population size you have in mind for this? If it is not abandoned it shouldn’t be more than 50 dwarves, which would also mean that they’re going to rely on Thorin’s Halls for a lot of things to live of, or trade.
Must say that i am not a fan of some of the architecture but that’s just my own personal preference. If you really like it then just go with it.

The layout doesn’t seem too large, which is good, tho there are missing details. Please tell me what population size you have in mind so we get a better idea of what will be needed in the layout.

You haven’t put much in the way of larger concepts that give me an idea of what you’re going to do. You’ve built a couple of pretty good pillars and put in a house, but I recommend using those pillars to build something like a small hall before starting, as that’ll help you create your style for the mine and avoid later problems with planning that may arise.

Also, you should consider the regularity of the use of cut limestone. You seemed to be ready to make entire corridors out of it, but according to Wheellee that’s not something that would be done due to logistical reasons: save it for larger, more important stuff, like halls.

Otherwise, like I said for the Mine A application, you should make things look more carved out of the rock and use less dwarven blocks, though that’s not to say you shouldn’t use them. Find a balance between the two. Judging by what you’ve done in the past in Bizar-Filatin, I’m confident you handle that.

shall edit the hallway and start with making a hall at my plot, thanks for feedback

http://imgur.com/gallery/JBoC3 this contains the hall concept of mine B.
The hallway is edited and you can look at it on my plot.

I like it, it’s good concept. Would still use less limestone but that’s up to you.

thanks, is the lay-out also good?

Depends, what is the population size? I’d say arround 30 or 40 is good.
Be sure to check this and edit your layout accordingly if you haven’t already:

I edited the lay-out to the size of 40 dwarves and to the checklist.
can I start building?

I just completed the entrance hall.

Could tostie2002 maybe have co-lead of mineb?

Some feedback on issues i have with this settlement so far, please don’t take it too harshly.

The reservoir: It’s twice the size of that of Bizar-Filatin, which has a population of arround 500, while this one serves 50 dwarves. To be honest i think a reservoir is not even needed, a single natural spring fills the role very well, which means that there is no need for a waterworks either probably.

The tomb: It’s a settlement of 50 dwarves, while the hall is arround the same size of Bizar’s tombs, is there any reason behind this being so large? Because i feel like catacomb tunnels would fill the role much better for MineB.

Some of the design choices are also questionable, to me at least. 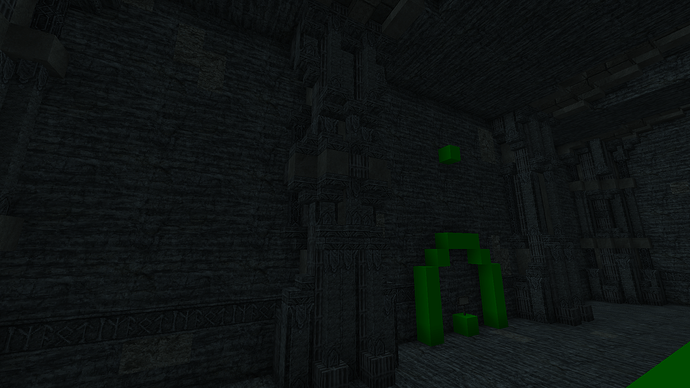 This pillar needs a lot of work to look good in my opinion.
I think something like below fits much better (still far from perfect but ohwell): 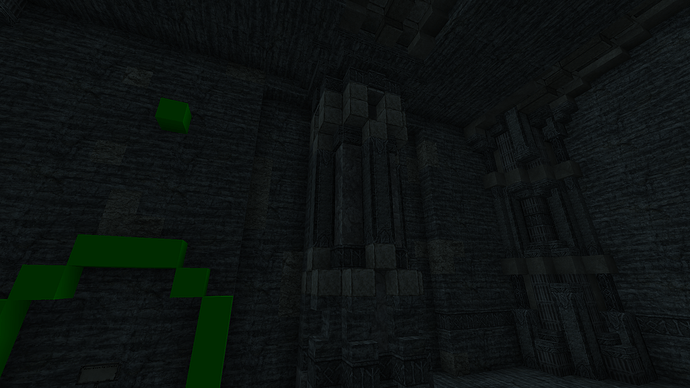 Last thing i want to mention is the overuse of the cut limestone blocks. There is pretty much no way this settlement would be able to afford such large amounts of limestone since it’s from far away, and thus would be very expensive to import. I’d replace all cut limestone with a variation of schist or granite to fit more into the Ered Luin theme.

I hope you will take these things into consideration.