Player rank: Builder (+ when WOC3 is finished which is probably tomorrow)

Lore: All the lore is explained in Wold 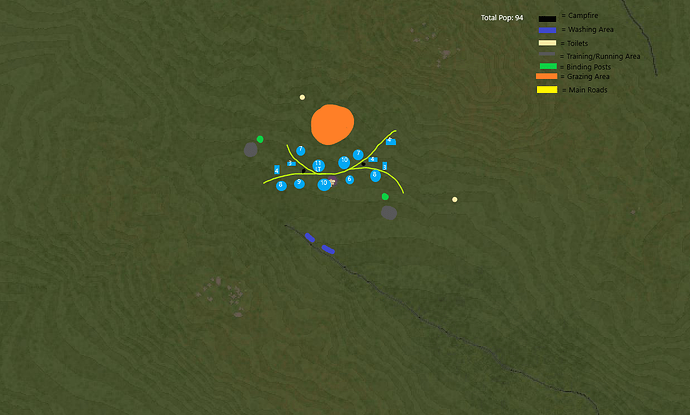 WOC4 Overhead View Better one1232×741 508 KB
This could change a bit like with WOC3 according to space and things I encounter while working on it.

In-game guide: Plenty of reference in other Wold and West/East-Emnet Camps, as for the smaller tents, they’re yet to be build, will put a reference above the area and since other Wold camps will implement them as well, I’ll make sure to also refer to those camps.

Terrain: Only necessary bits encountered while working on it.

Late reply but the plan of this has already been adjusted to the new tent concepts ingame so approved.

POP is 102, only Grazing Area should be added and then it’s fully done