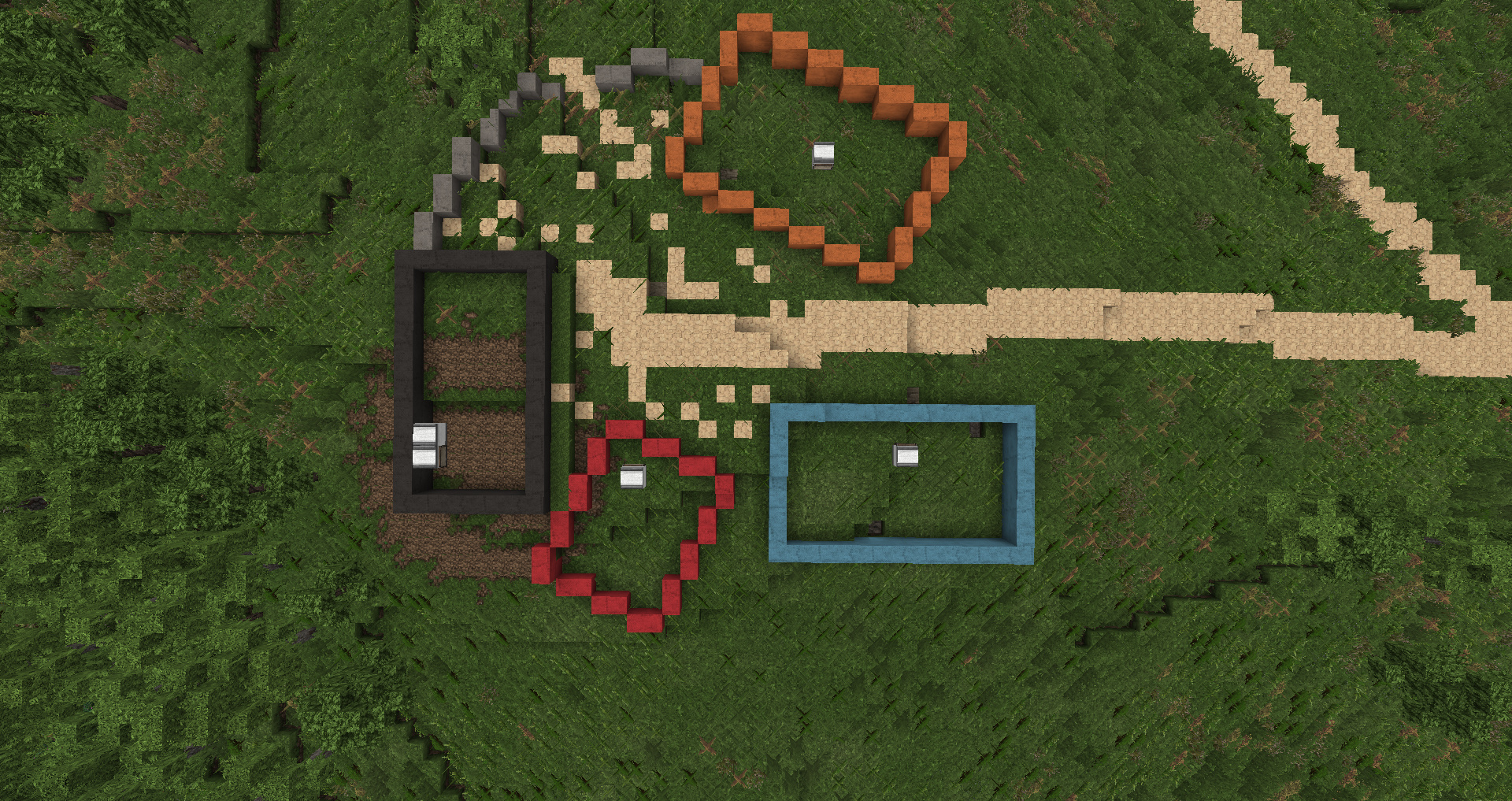 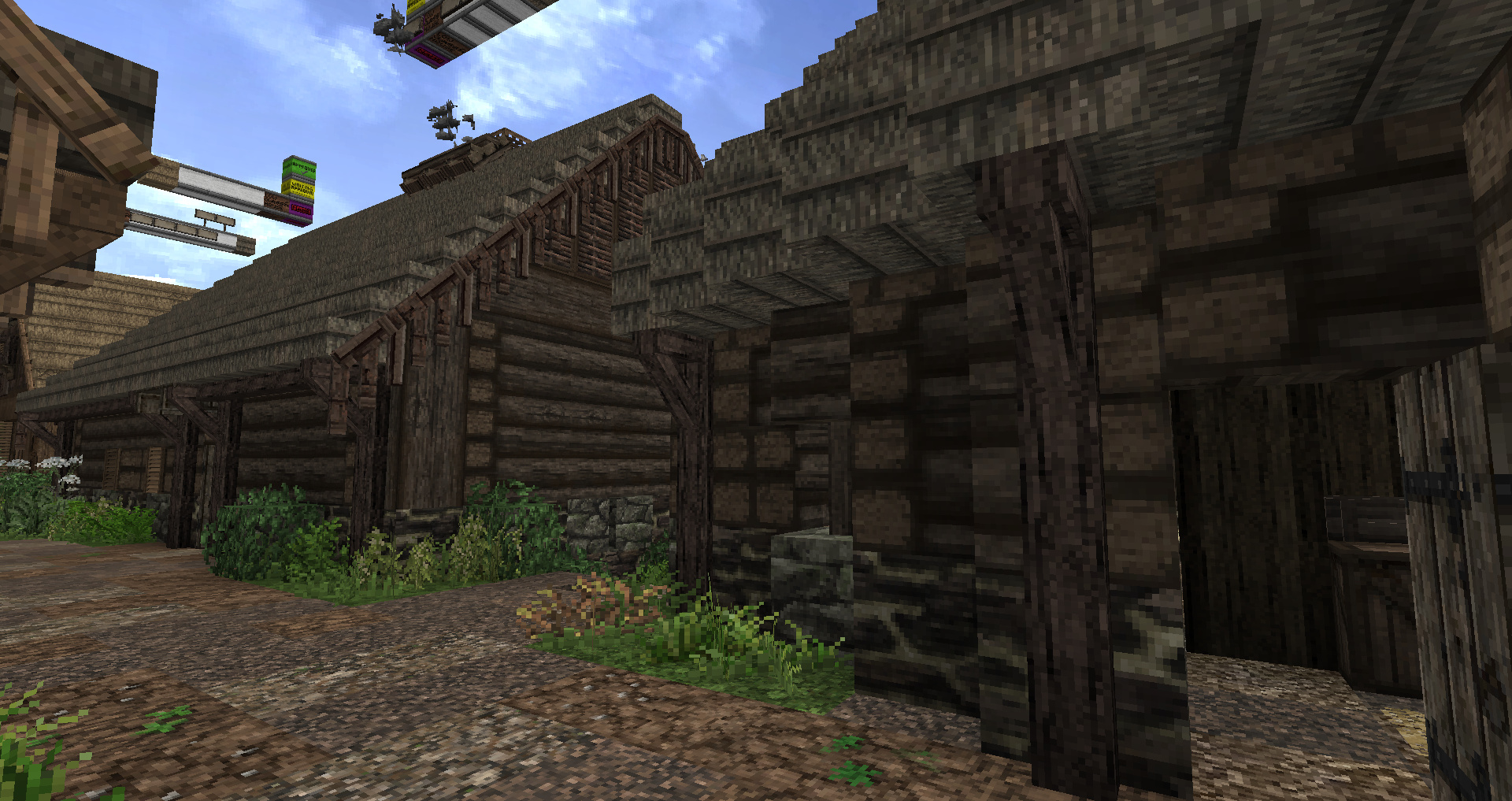 Referene for the overall layout. 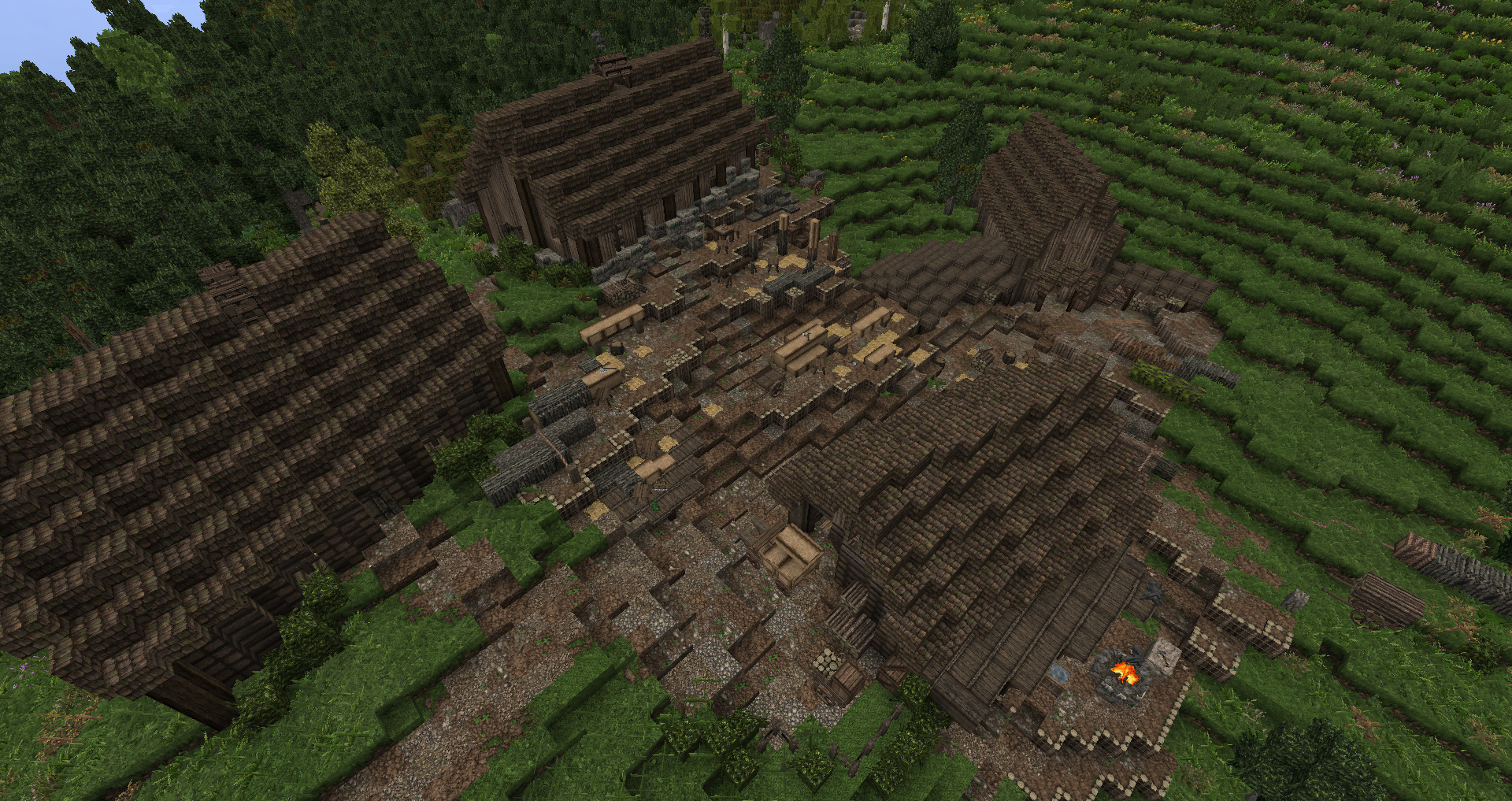 Orange house for 13 beds seems way to small as it almost looks like it the same size as the tool shed so i would make that larger also. Might be a good idea to have a bit more working space not just the space in between the building as that also seems to be a bit to small.

I personally wouldn’t give them thatch roofs, it doesn’t make as much sense as wood tiles in forests.

I agree with Poppelman. You have a lot of space left there, use it!

Does the light grey area represent the only place where trees have been cut down? Because it’s way too small if so

No it’s represents the working area. We will make the chopped trees in the forest

“He needs to increase the size of the buildings. 7 people AND eating in the blue house? The dark gray seems too small for a workshop as well. Lastly, he needs to bump the population up to ~20 as this is the number of people Ben wants in lumbercamps (see Westfold thread). This can be easily done by adding tents to the camp.”

@Beathaven
last time i checked ~7 + ~13 = ~20. also the workshop is 8 by 13 maybe it looks smaller on the pic because the sign block is above it not in it, i personally think thats big enough tho ive added one block in length for good measure. ive expanded the blue house by 2 in length as well and put it a bit to the south so theres more working space. the houses are bigger on avarage already then most other lumbercamps. So i think if we also add a/some tents it would be plenty of living space for ~20 people

Looks better to me. And as long as you follow the advice I gave ingame, it’ll be good. Accepted.