Lore: Vast fields with “grass was so high that it reached above the knees of the riders,” and occasional bogs. 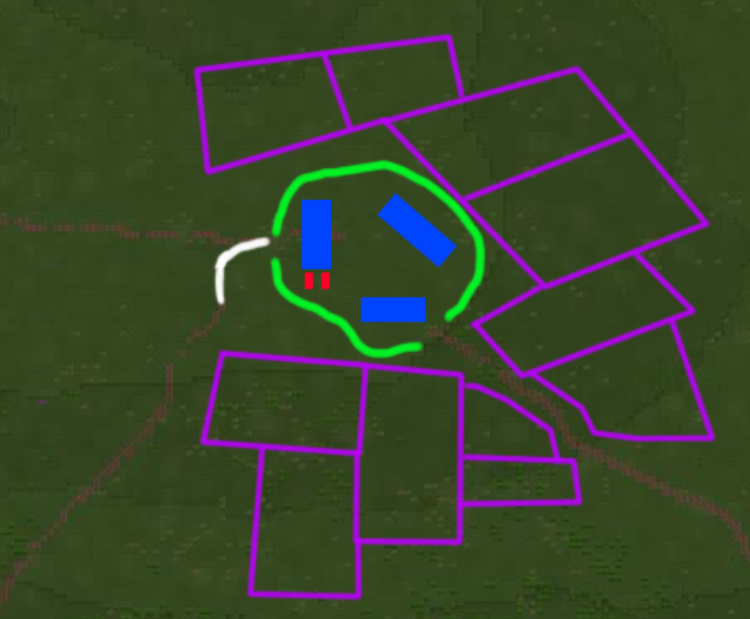 image750×619 98.9 KB
The plan is three houses, and two storage huts. The green represents a hedge barrier and the purple are fences for livestock.
Estimated population: 20ish
In-game guide: Based on Norse era longhouses, turf-houses are built with a mud brick base and a turf-roof held up by wooden support beams 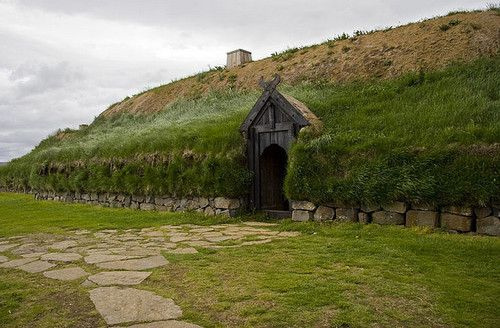 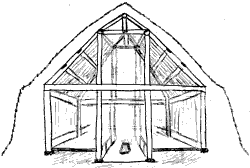 What about a barn? Or are you planning on having the houses divided between people and animals?

Yes The vertical blue house is meant for animals.

I would suggest placing the buildings in such a manner that they do not block the paths towards the center of the homestead at the entrance of the wall. You would basically have to go through the building on the left to get to the other buildings if you enter from the west, or go around in a small gap to the side.

Please visualize the pathing in the layout so I can get a better grasp of it. 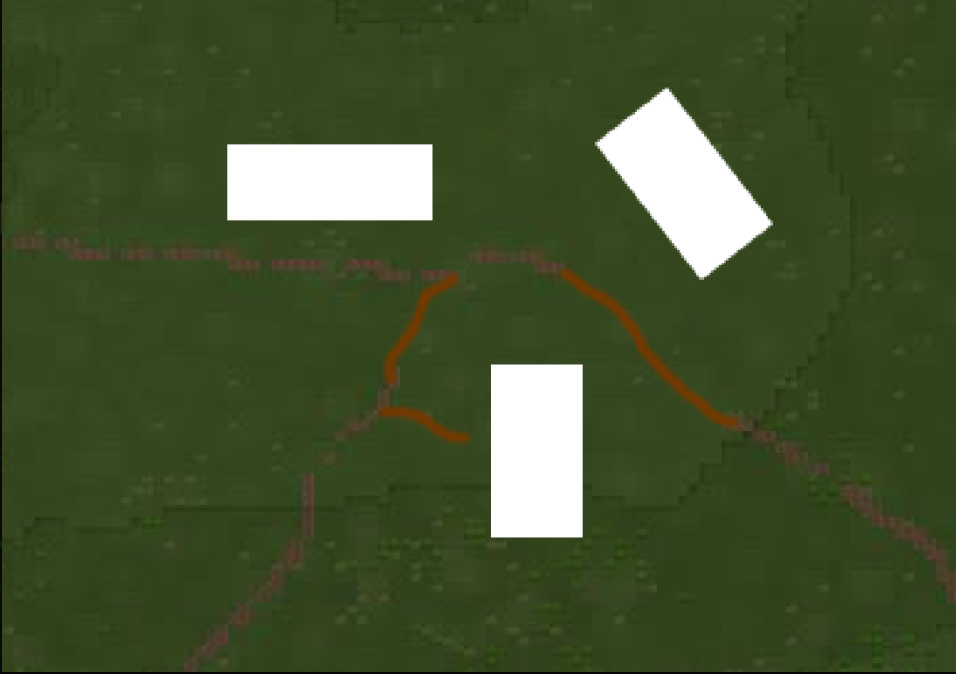 After some final changes and further detailing, the Homestead is now officially done. Thread closed.