layout WEH11775×746 790 KB
This homestead will revolve around the bog-iron extraction. Bog-iron is iron that is ‘farmed’ from bogs. I will not go over the details how the iron is formed in the bogs, but what you should know is that due to some natural processes clumps of stone get formed in the ground around bogs with iron ore in them. For the largest part of human history bog-iron was the cheapest way to obtain iron and even in the late middle ages bog-iron was more used in Scandinavia than mined iron. To get clumps of bog-iron peasants would walk in a bog and poke a stick in the ground everywhere they walked until they hit a stone, they would dig up the stone and if it was a clump of bog-iron they would take it with them. This was a very laborious job so only the poorest peasants did this. When they had multiple clumps they would make a bloomery furnace and put the clumps in it. 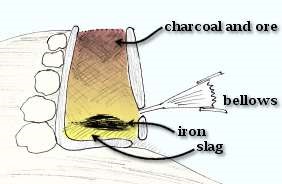 This image shows quite well how a bloomery furnace works. You have to constantly add charcoal and ore at the top and over time the charcoal breaks down and the ore falls slowly down and gets hotter and hotter, eventually you can find slag under the fire and that is the raw iron. After this they would most of the time make the iron into an ingot and sell it off.
The houses will all be of the poor class and will be build in the style of WEV1 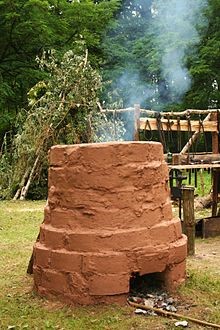 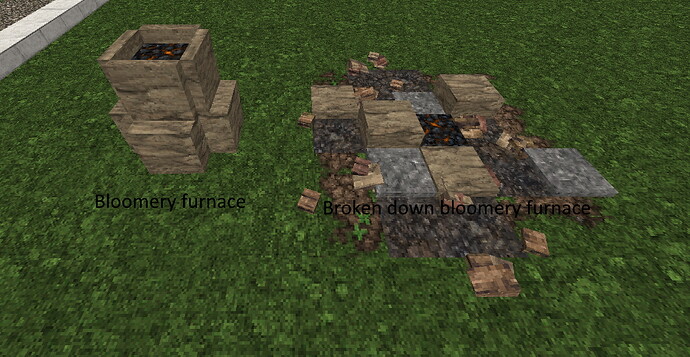 Bog iron is a form of impure iron deposit that develops in bogs or swamps by the chemical or biochemical oxidation of iron carried in solution. In general, bog ores consist primarily of iron oxyhydroxides, commonly goethite (FeO(OH)). Iron-bearing groundwater typically emerges as a spring. The iron is oxidized to ferric hydroxide upon encountering the oxidizing environment of the surface. Bog ore often combines goethite, magnetite, and vugs or stained quartz. Oxidation may occur through enzyme... 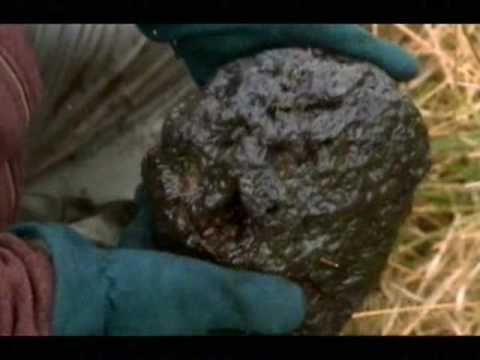 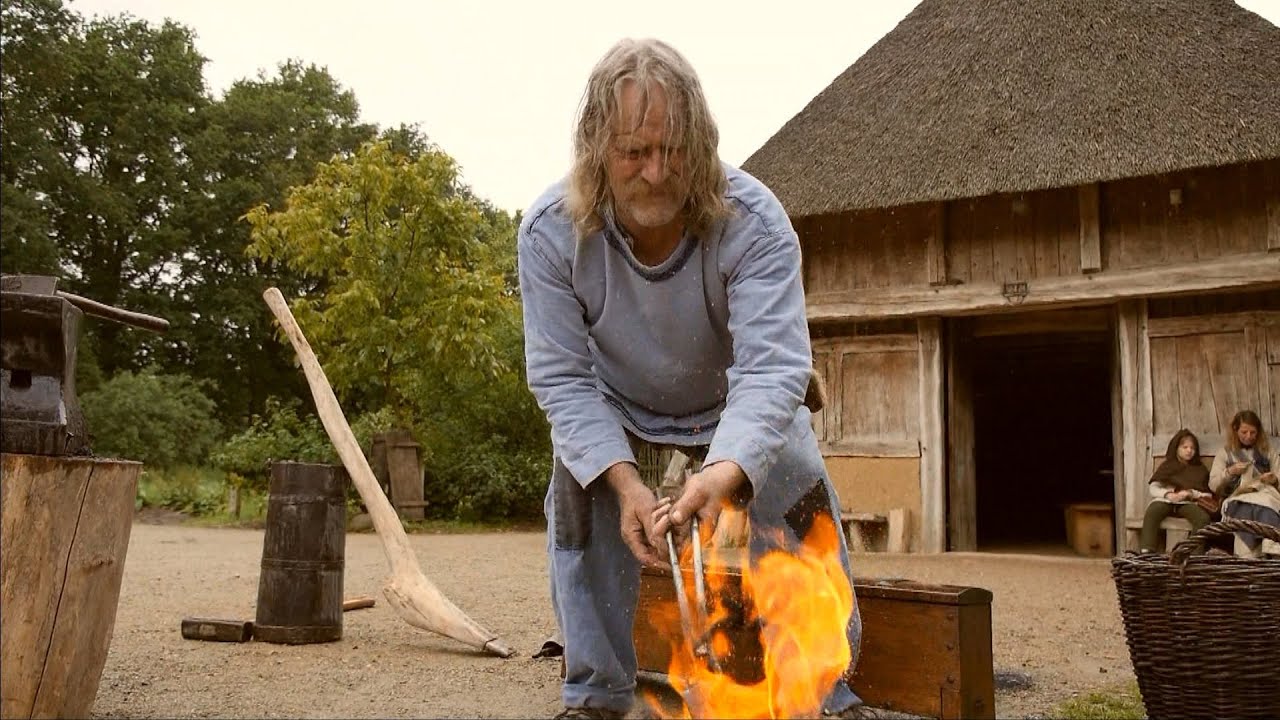 Hey Pings, nice application and research. There’s a few things I’d advise you to change though. The houses in the village to the left are all built along the roadside, following a linear settlement pattern. I think the same would be fitting for this homestead.

You could either place the buildings directly along the road, or at some distance in a square enclosure . Right now the layout seems a bit random. You can also make things easier if you curve the road a bit towards the end so you’re on a straight axis. That way you’ll have fewer diagonal buildings to work with.

I have done some thinking and in my opinion it doesn’t make sense to follow a linear settlement pattern. The road ends at the settlement and so it is safe to assume that the road has been constructed to get to the homestead specifically. Since the road predates the settlement often with linear settlements and this is not the case here I find it illogical to make it linear or make it at a distance in a square enclosure.
I do however agree with your feedback that is seems a bit random and thus will try to improve that.

I’ve redone the layout of the homestead, hope this is better!

Due to my unawareness prior to this application about the formation of bog iron (which does not occur here), the main industry of this homestead will have to change to something more suitable to the area (such as rush harvesting). Not much will need to be changed from your homestead layout per se, but the area plans and building purposes will need some adjusting. We will make sure to save the research you have done as well as the concepts you have expertly made for the near future. My apologies.

So after a couple of messages between Matthew and I, I made a new layout and have actually gone ahead and finished the 3 houses already, so here’s the new layout in-game: 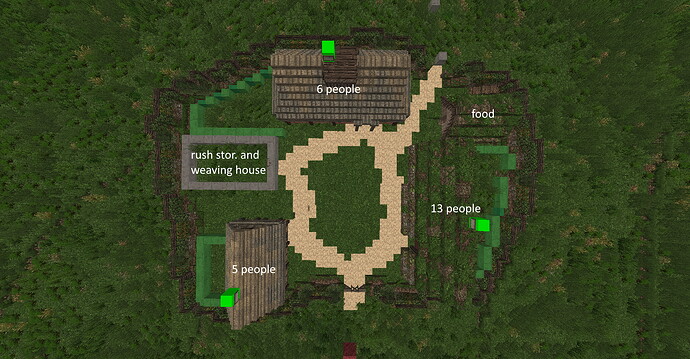