Private or Public: Private, for the purpose of learning how to manage projects & lead them as well as record & upload a series on YouTube showing some of the building done on Ardacraft.

Location name: Village 2, hopefully we can find a name for it. 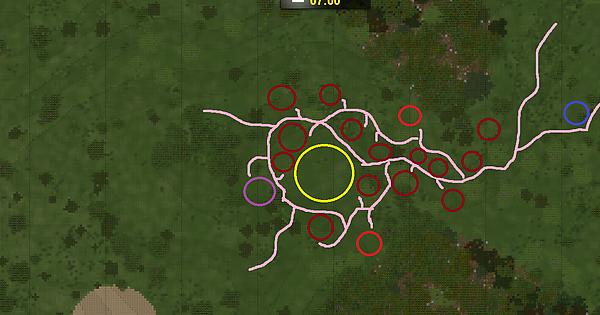 So this is a general overhead concept of what I had in mind. I actually spoke with Glov before getting this up, hopefully this will be a good general idea. It was rather hard to put into this format.

Concepts:
Some of the concepts for this village are in this album. 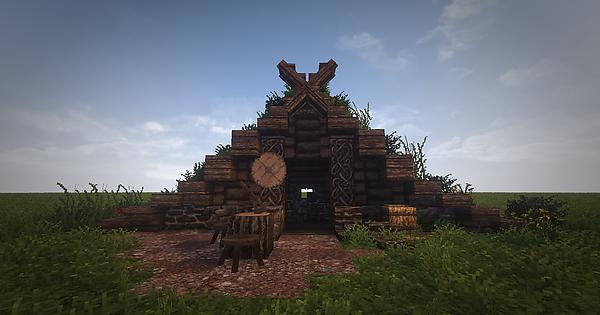 If there are any suggestions or any problems, please do let me know as I would like to fix anything I can as soon as possible. <3

Each house will have small angular farms adjacent to them. Also, thought we could have some outer fields with some farm houses. Consulted it with Glov before hand, & he helped. Would this be okay? @Fornad

I’m going to accept this on the condition that Ching lay things out in game completely and have it approved again before beginning proper building.

I can do that for sure if you guys are okay with it.

This should be the case for every village.

This village will be given to @iNamelessi on the account that Ching has literally not done a thing to this village for 5 months. Nameless, you can put your ideas and stuff in this thread if you’d like along with the time-frame you expect this will take.

A little app with my plans outlined

Beorning Village 2 by iNamelessi Project Open to all Builders 13/03/2018 Overview The beorning village is located between the Old ford and Burh3 close to the banks of the Anduin. There is no cannon information about the village so I will make it...

Like it. Only suggestion is have more of the farmland next to each other. Maybe talk to @Benzathoth to help you with a plan for the farmland. Other than that looks good!

Ben shouldn’t have to help him. The farm guide exists for a reason.

You’ll be an expert on making diagonal houses after this bitch, good luck!

@iNamelessi yeah I feel like you have far too many diagonal houses here especially considering the style you’re going for with the overlapping A-frames everywhere. I think you either need to alter the style a bit or re work the plan so that it has far fewer diagonals. Let us know what you think.

Agreed with Ori. The houses just look randomly scattered around; they should follow the line of the road.

Thank you for the feedback so far (i’m sure there’s more to come), I have made adjustments to all relevant points bought up. The houses now more closely follow the line of the main road (with only 1 inside the village that doesn’t as well as the two fishing shacks) and I have given a proffesion list I feel is suitable for the area. I have also made more of them at regular angles instead of diagonals as I understand that would be a true pain to build as Micah wanted the style to be the one in
I have tampered with the fields a bit as suggested and grouped them closer together instead of having them fairly spread out.
Other than that, most of my plans remain the same.

Looks much better. I’d add meadows next to the river (you’ll ned to reduce the sizes of the 2 and 3 crop fields next to the river), and some pastures for sheep to the SW of the village. What will the unmarked field in the north be?

Remember that your fishermen huts will need to be on stilts if they’re that close to the river.

Thanks Fornad for the quick feedback,
Edited down the fields nearest the river to make space for meadows next to the river, the unmarked field in the north was an error on my behalf, it will be a slightly smaller managed wood. I also added pastures in the south east for sheep to graze in.
Cobbler was added to the profession list.

The bulk of the village is almost done, now it is just the few remaining houses outside. I have been updating the doc as I go along to tick things off of the plan.
What remains is to do the last two roads to the swamp mill and managed wood, make the managed wood, complete the fields and do the last few houses.

With regards to the fields I will need some help to make them (I dont have access to WE) so I will definitely need someone to assist with this as well as delete the current forest and replace it with the copices and pollards. There is a list of the vegetation that makes up the bulk of the fields floating above the warp that I need removed from within the blue perimeter.

Thankyou so far to everyone who has helped

Village is turning out great, I’ve promoted you to builderplus so you can properly finish it

I was just looking at your village and there is a lot of wrong placement of plants. Please remove: Autumn Reeds and Bog blueberry. Thanks