Project goal: Anyone who wants to work on this project is allowed to whenever they want, just let me get some sample areas down and you should be able to follow the layout.

Lore: Not much significant. Tuckborough one of oldest (or oldest) Shire settlements. Common birch trees and grasses.

If you’re wondering why I’m doing an application it’s mostly to present my ideas to Fornad since this area does have the important “Frodo trail” running through it. 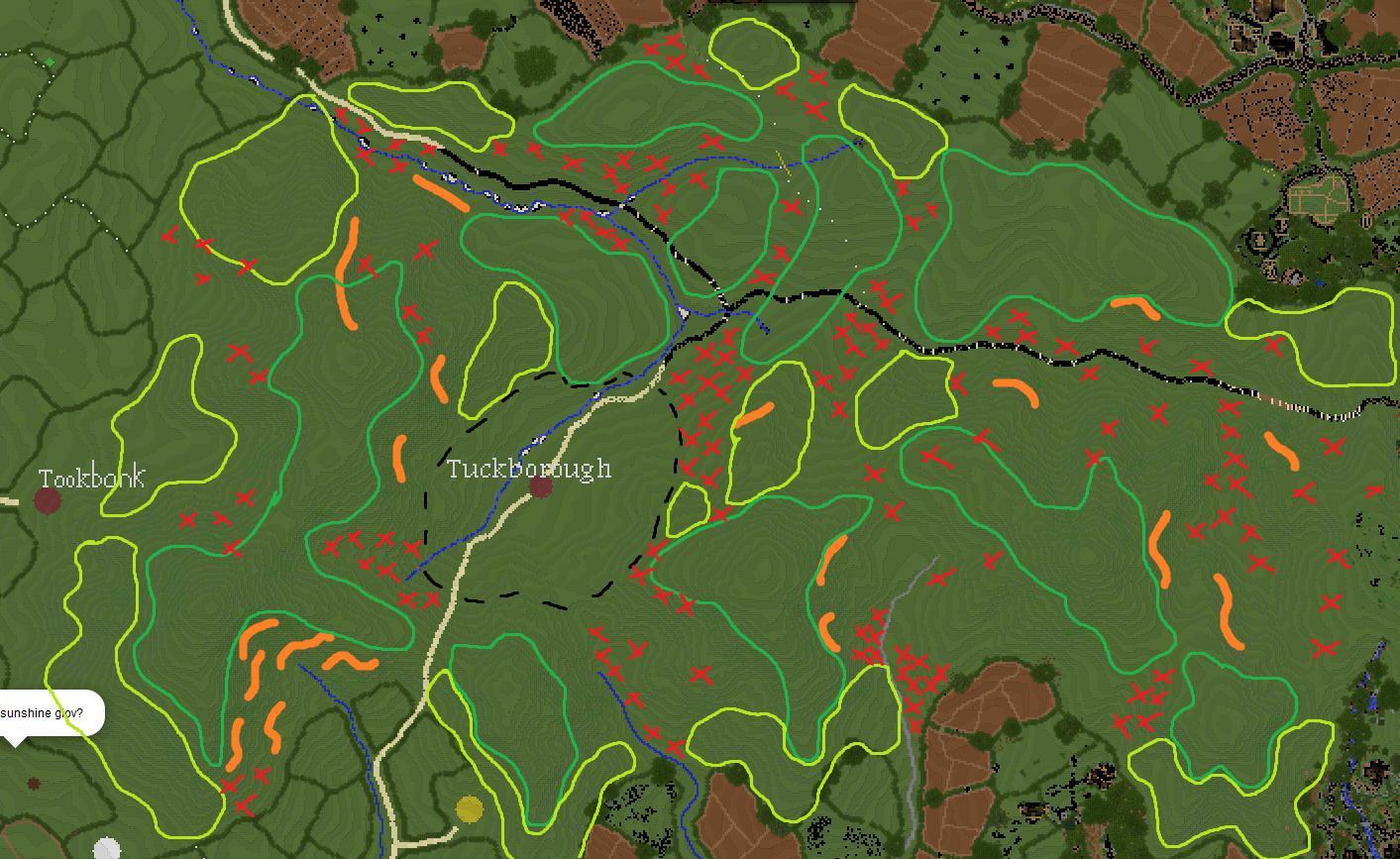 This plan isn’t as confusing once it looks initially once you figure out what everything is.

Geology/ Botany Discussion:
Concerning Geology
Kind of difficult to formulate anything for this area but as the hills appear to be heavily eroded in a classic weathering pattern and the forest to the east appears to be sedimentary you can pretty much assume this is some amalgamation of sedimentary rocks. The river valley that runs from east to west would clearly be exploiting some sort of weakness in the rock (which I interpret either as a fault or an unconformity). See image below for my analysis of this area: 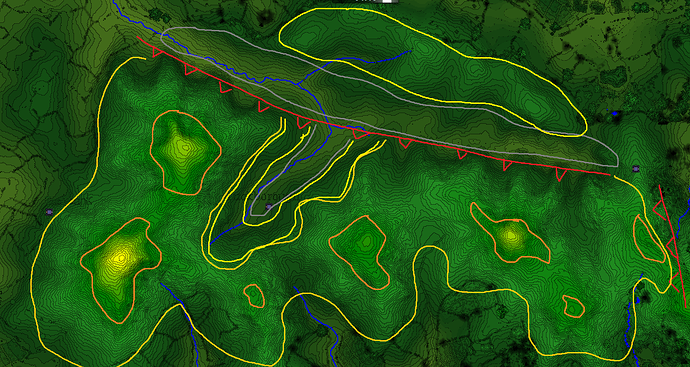 The red lines are normal faults. I think the Hill Country seperated from that northern ridge along the river valley. The northern section dropped and weathered the surficial limestone revealing sand then shale. The river has long since eroded the sand and is working its way through the shale at the moment. The ridge to the north is the remainder of the sandstone.

The ridge forming rock in predominantly limestone regions is usually dolomite which, for beginner Geologists, is basically just harder limestone (that’s also dark gray instead of light gray). The slopes of the hills have eroded away the dolomite everywhere but the most resistant cap and leaves the area mostly limestone. The small stream that cuts in through Tuckborough would likely have expedited the erosion process in this region and cut through the sand and into the shale in a similar scenario to the area north of the fault.

Not sure about the eastern end but there would be another fault between the hills and Woody End which would either show itself as a 4-5 meter sharp scarp or some sort of slope collapsed alluvial area. We don’t have to get that realistic though.

Concerning Meadows
General field grasses (both 1 and 2 tall) can be used as fillers along with some small flowers. Essentially Ben’s meadows in the natural variety.

Concerning Shrubs
Brambles, sage brushes, and thorny thickets would be the intermediate around any singular or double tree cluster grading back into field grasses.

Concerning Trees
Primarily birch (from lore), mostly spindly and small. Spread out and sparse, no real thickets, minor clumping of large colonies. Poplars, Field-Maples (in valleys), and very small and limited Oaks are potentially present. Trees should not be the dominant sight in the landscape, the meadows and rolling hills are far more important.

Concerning Roads and Paths
Primary roads should be quiet country lanes that are not frequently traveled. Make use of wooden fences and field-stone walls. Side roads should be predominantly mud, dirt, with some small gravel (dirt path blocks) with more decrepit walls and fences. Hobbits wouldn’t bother fixing these sorts of things far out into the middle of the area.

Tookland is old so make ample use of ivy, vines, and other such plantlife to convey this.

Reference Imagery:
I know this is LOTRO and I know it’s not an ideal source but this isn’t entirely awful and lines up with my analysis nicely 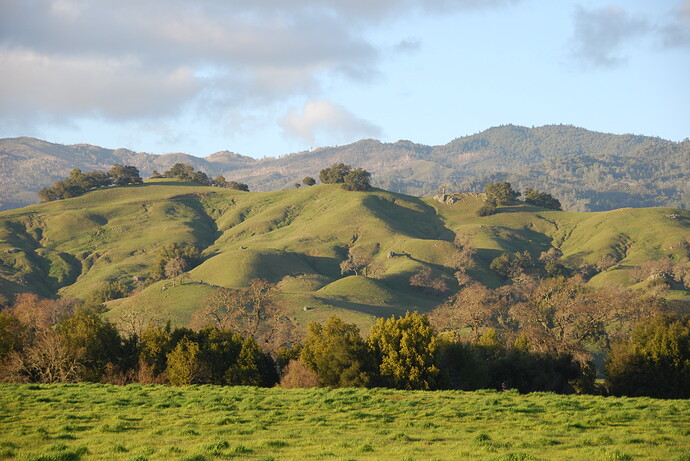 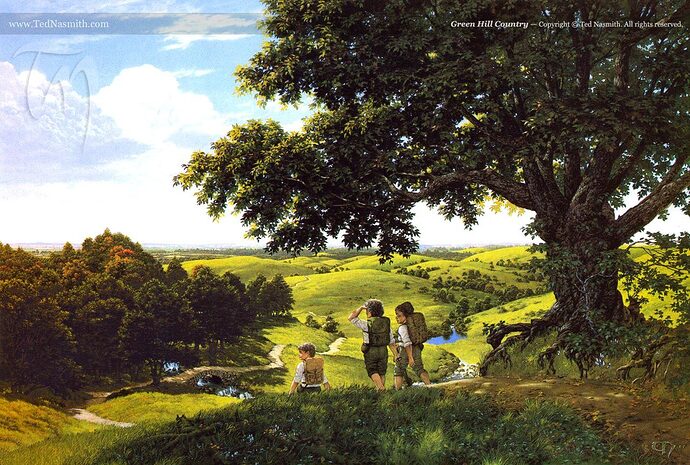