Lore: “…mountains whose sharp horns seemed to pierce the realm of the stars.…the mountains were the Hithaeglir, the Towers of Mist upon the borders of Eriador; yet they were taller and more terrible in those days, and were reared by Melkor to hinder the riding of Oromë.”

The Misty Mountains are the great mountain range that lies between Eriador in the West and Rhovanion in the East. They stretch from the Northern Wastes to the Gap of Rohan, a distance of roughly 900 miles. The range has been inhabited at various times by orcs, eagles, wargs and most notably dwarves who built the great kingdom of Moria.

Mountains:
Tolkien only names five peaks in the misties, four of which will be part of this project:

Caradhras Lore:
“Away in the south Frodo could see the dim shapes of lofty mountains that seemed now to stand across the path that the Company was taking. At the left of this high range rose three peaks; the tallest and nearest stood up like a tooth tipped with snow; its great, bare, northern precipice was still largely in the shadow, but where the sunlight slanted upon it, it glowed red.”
“On the third morning Caradhras rose before them, a mighty peak, tipped with snow like silver, but with sheer naked sides, dull red as if stained with blood.”

Passes:
In The Hobbit Tolkien says there are “many paths that led up into those mountains, and many passes over them.” Only a few of these are named:

High Pass lore:
“Long days after they had climbed out of the valley and left the Last Homely House miles behind, they were still going up and up and up. It was a hard path and a dangerous path, a crooked way and a lonely and a long. … [Bilbo] shivered. It was getting bitter cold up here, and the wind came shrill among the rocks. Boulders, too, at times came galloping down the mountain-sides, let loose by midday sun upon the snow … The nights were comfortless and chill, and they did not dare to sing or talk too loud, for the echoes were uncanny, and the silence seemed to dislike being broken - except by the noise of water and the wail of wind and the crack of stone…”

““Indeed,” said Glóin, “if it were not for the Beornings, the passage from Dale to Rivendell would long ago have become impossible. They are valiant men and keep open the High Pass and the Ford of Carrock. But their tolls are high” …”

Redhorn Gate lore:
“The Company set out again with good speed at first; but soon their way became steep and difficult. The twisting and climbing road had in many places almost disappeared, and was blocked with many fallen stones. … By midnight they had climbed to the knees of the great mountains. The narrow path now wound under a sheer wall of cliffs to the left, above which the grim flanks of Caradhras towered up invisible in the gloom; on the right was a gulf of darkness where the land fell suddenly into a deep ravine.”

“Laboriously they climbed a sharp slope … They went on. But before long the snow was falling fast …”
“The Company halted suddenly … Stones began to fall from the mountain-side, whistling over their heads, or crashing on the path beside them. Every now and again they heard a dull rumble, as a great boulder rolled down from hidden heights above…”

“[Said Gandalf,] 'It is no good going on. Only a little higher, if I remember rightly, this path leaves the cliff and runs into a wide shallow trough at the bottom of a long hard slope. We should have no shelter there from snow, or stones – or anything else.”
“Northward the [Dimrill] dale ran up into a glen of shadows between … the Mountains of Moria. At the head of the glen a torrent flowed … over an endless ladder of short falls…”

“’Yonder is the Dimrill Stair,’ said Aragorn, pointing to the falls. 'Down the deep-cloven way that climbs beside the torrent we should have come, if fortune had been kinder.’”

The plan will be to complete the whole of each section starting from 1 in the north. I may decide to go to section 3 after 1 since it is has the most iconic and important locations so it would be nice to have it completed for people to look around etc.

Things that need doing are:

Once I’ve done these 4 things in each section I will inform you on this thread and move onto the next section.

In-game guide: A glacier guide will come once I finalise the concepts and get updated textures.

Please feel free to add photos that you think could help this project to the landscape inspiration thread. From there I can drag them into these reference albums.

(More conceptual imagery will be added in the future)

Eh fuck it, why not. Good luck, pls don’t top yourself in the mountains xoxo

As this is a public project, what will you be setting up at the jobs warp?

Moment of silence for Ori’s last remnants of sanity and will to live.
RIP sweet prince

Streams until I can make a glacier concept and guide.

So You are not planning to make any mountain passes besides the ones specifically mentioned in the lore. Even in the South part od the mountains?

Also, regarding the concepts, have You considered adding some slope blanking/clipping (if that’s the correct word for it) in some places? Where some boulder hit it, or simply because of natural erosion. I’m not sure how well maintained the passes would be.

Yeah, Tolkien mentions the “many paths” that go over the misties so I’ll probably add at least 2 more in sections 4 and 5,I just haven’t scouted the area to see where they should go yet. To answer your second point, yes there will be plenty of places where the path has been destroyed by boulders/rock slides as well as some places where a gap in the path has been filled with stones to make it accessible again (see the passes concept pictures i put up).

Doesn’t Tolkien say somewhere that the Redhorn pass is the last one before the Gap of Rohan? I’m not sure anymore but it would make sense for the Fellowship’s considered paths. The additional passes should then be North of the High one.
If he doesn’t say so, I still think there should be no pass in section 4, as I think it would be far enough from Isengard to have been considered by the Fellowship, but there could be one in section 5.

Do you know where that quote is bombur? But yes not having one in section 4 does make sense because the fellowship would probably have considered it if it existed.

There could be a pass in 4, the explanation for it would be that the pass would be too dangerous or destroyed on some parts.

Yes, I think that makes sense. For the quote, I’m not sure anymore, it’s more of a vague memory.

Eldiar: The Rubicorn pass was known to be very dangerous and they stll tried it. I’m more convinced by the destroyed thing, but I wonder how would you really destroy a pass. Maybe make it like it had to pass by some high bridge and it got destroyed? Or same thing with a cliff climbing stair?

Well I don’t have the book in front of me right now, but from what I remember of reading the book, the reason Gandalf chose, for example, Redhorn instead of the Gladden Pass and/or the High pass, wasn’t necessarily because the other two were destroyed or whatnot. Heck, the High pass was managed/upkept by the Beornings. As far as i remember they wanted to travel through as little of the vale of the Anduin as possible since it was being watched by Sauron (Dol Guldur retaken, orcs/wargs resurfacing after the Battle of the Five Armies (based on Gloin’s description of the Beornings paying ‘high tolls’ to keep the high pass open. It makes sense for there to be no other passes south of Redhorn yes, else the fellowship would have certainly taken them. But north of Redhorn I don’t see why not, can just have them infested with orcs or coming out into a very exposed part of the vale, not necessarily destroyed. Tolkien mentions in both the Hobbit and LOTR false paths south of Rivendell leading either into the mountains or off sheer cliffs so it’s not an unreasonable assumption.

But … Nobody said there shouldn’t be more passes North …

The additional passes should then be North of the High one.

That’s what I was replying to, unless instead of the Cirith Forn en Andrath you meant the Caradhras Pass.

Oh OK! Yeah, you are right, I wasn’t considering adding passes between the three we know. 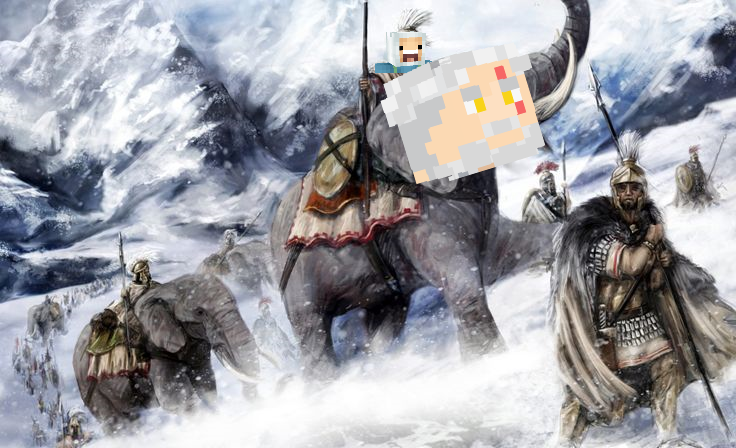 i was just wondering, are the glaciers in the misties suposed to be in a period of advance or retreate

Fornad used the height maps from the Swiss Alps when he created the misties in world painter so almost everything is directly reflective of what the Alps are like today. As a result, a lot of the glaciers will look like they are in retreat. This being said, there’s not really any reason to suggest that they would be in a state of either retreat or advance at the time the server’s set in middle earth. What we do know however, is that the misties did used to be a lot colder in the time of Melkor and that, since his defeat, the glaciers must have retreated substantially.
Hope that answers your question.

Hello guys here is your long awaited update. I know progress has been very very few lately.
I was on holiday (which is over now) and Ori’s pc is broken.

Although this all, progress will be made this month.

Hope I informed you this way. And you know this project hasnt died yet. its just tough.
I also want to shoutout Vyen who hasnt an account here lol. hope you can do more screens when section 1 is finished.

Hey I mentioned this to Fornad at some point, but in Words, Phrases, and Passages in Lord of the Rings Tolkien has a little diagram for Celebdil and Caradhras, showing their shape. I figured it might be useful for you guys in the project: 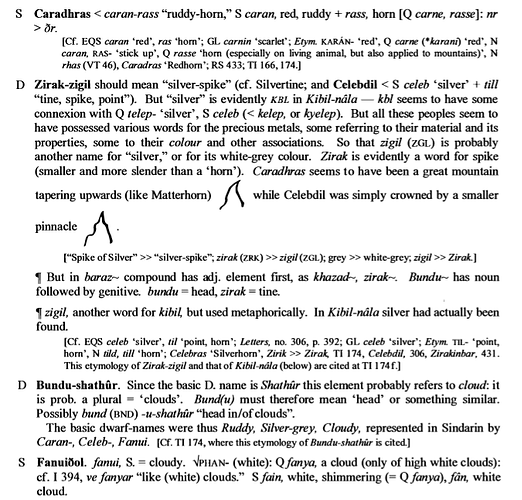