Lore: Also known as the Pillars of the Kings, the Argonath consisted of two enormous rock pillars, carved in the likenesses of Isildur and Anárion facing to the north. Placed upon huge pedestals, each of the two figures held an axe in its right hand and its left hand rose in a gesture of defiance to the enemies of Gondor. Minalcar (later Rómendacil II) led a great force that defeated the Easterlings between Rhovanion and the Sea of Rhûn in T.A. 1248. When he returned he fortified the banks of the Anduin and built the pillars of the Argonath.

"Frodo peering forward saw in the distance two great rocks approaching: like great pinnacles or pillars of stone they seemed. Tall and sheer and ominous they stood upon either side of the stream. A narrow gap appeared between them…

‘Behold the Argonath, the Pillars of the Kings!’ cried Aragorn…

As Frodo was borne towards them the great pillars rose like towers to meet him. Giants they seemed to him, vast grey figures silent but threatening. Then he saw that they were indeed shaped and fashioned: the craft and power of old had wrought upon them, and still they preserved through the suns and rains of forgotten years the mighty likenesses in which they had been hewn. Upon great pedestals founded in the deep waters stood two great kings of stone: still with blurred eyes and crannied brows they frowned upon the North. The left hand of each was raised palm outwards in gesture of warning; in each right hand there was an axe; upon each head there was a crumbling helm and crown. Great power and majesty they still wore, the silent wardens of a long-vanished kingdom. Awe and fear fell upon Frodo… Even Boromir bowed his head as the boats whirled by… under the enduring shadow of the sentinels of Númenor. So they passed into the dark chasm of the Gates…"

Terrain: Will be worked on with voxel. 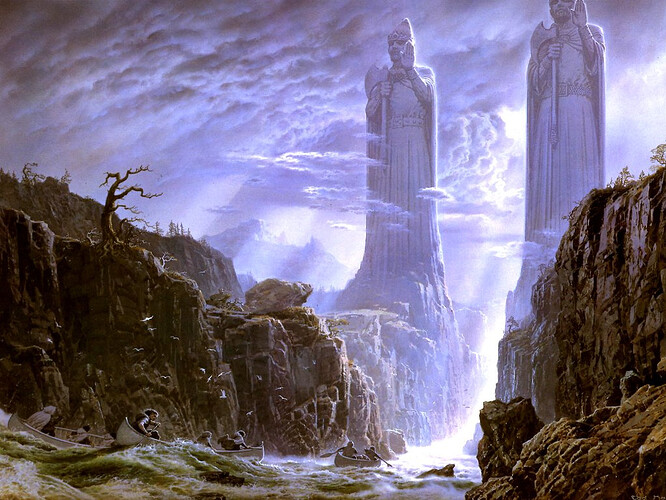 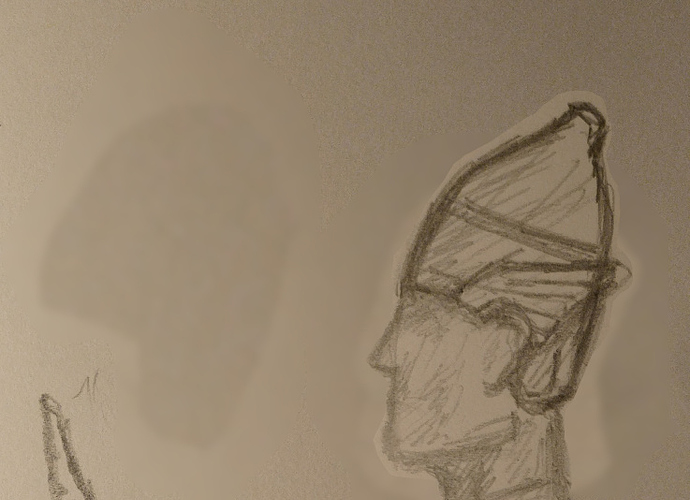 The Argonath build day will be at 7PM UTC on Saturday the 28th of July.