Lore: The Nandor were originally simply a group of the Teleri indistinct from the others who were afraid to cross the Hithaeglir, and content to remain in the wide forested lands to the east, along the river Anduin. One of the Teleri, of the silver-haired kindred of Olwë that would later become the Falmari, rose to lead them. He was named Lenwë, and led a great number of the Teleri south along the Great River, where they fell out of the histories for a long time. They called themselves the Nandor, and they loved water and green things. Under Lenwë they developed great knowledge and skill with herbs and living things, tree and beast alike. Their culture became very distinct. 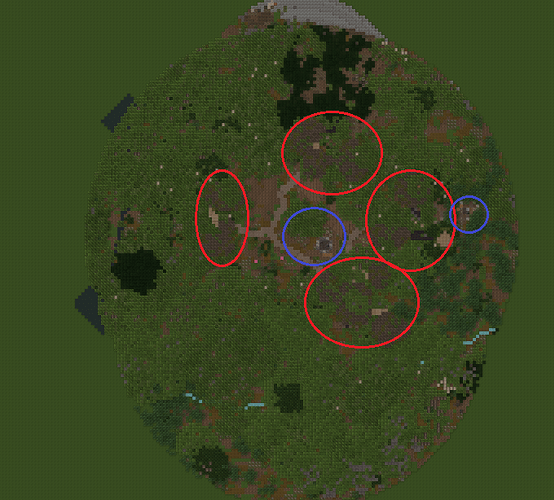 H8rnCTj.png681×614 405 KB
Red circles are housing areas up in the trees, blue hangout areas on the ground. Along the path connecting the complexes are various vegetable and berry patches.

Reference Imagery: Imlanen, though a different, more rounded roofstyle and generally smaller houses, since the trees are smaller.

Concept(s): Started the project right in a copied area on the freebuild. So I kinda skipped the concept stage: 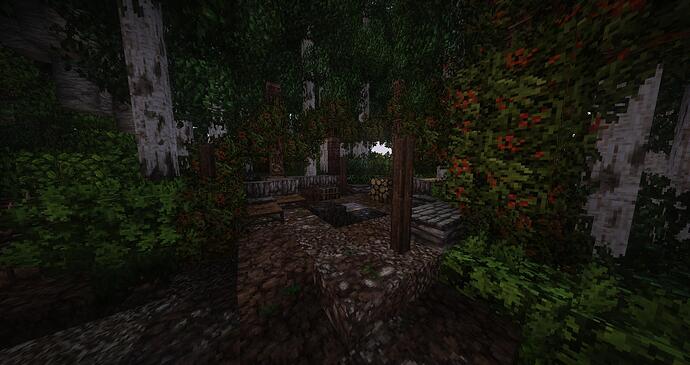 Hangout area with a fireplace on the eastern side 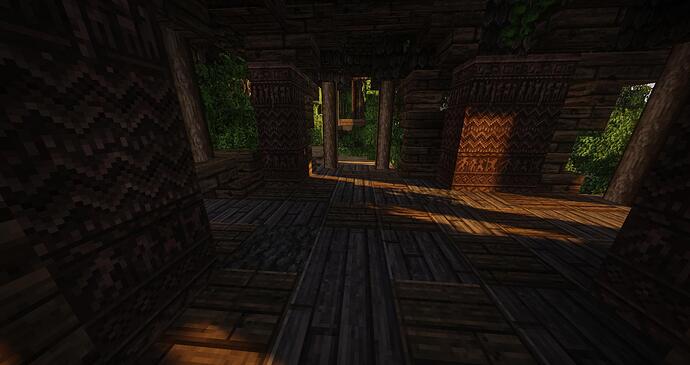 Inside one of the southern houses. Will be filled with beds, bags, seating, no elaborated furniture like cupboards. 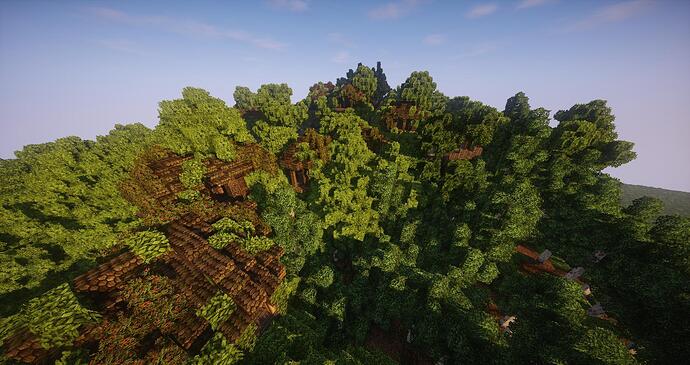 Houses are overgrown and duck into the forest canopy. Again to be close to the nature but defended against animals and hidden for other foes 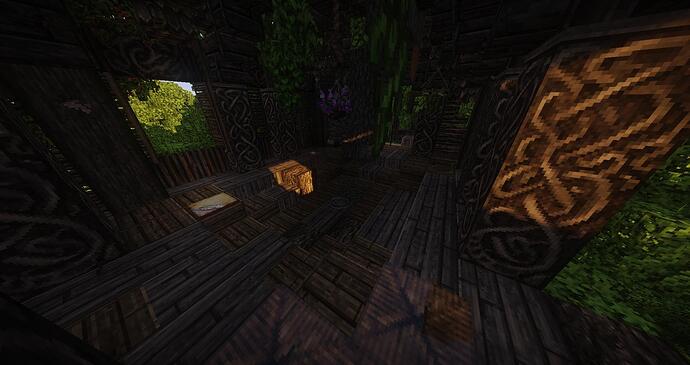 One of two meeting areas, crafted furniture will be kept at a minimum 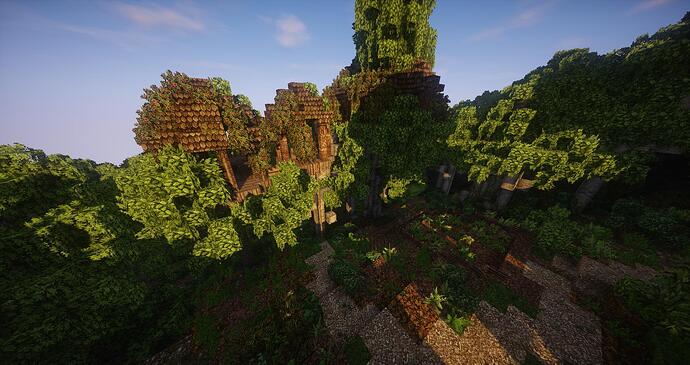 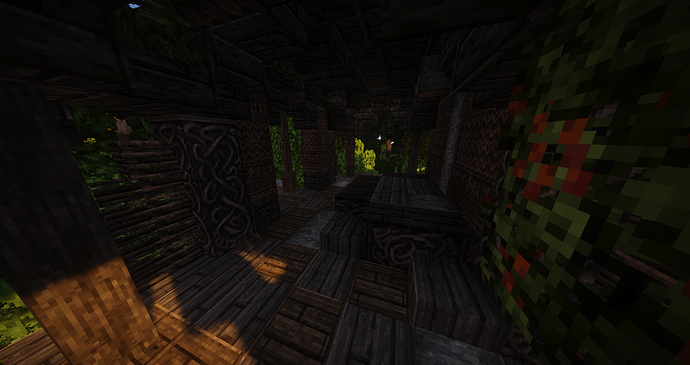 Inside another house. It’s very airy to be close to the nature. Also tried to never cut a branch of the trees because of the Nandor’s respect for living things. Interiors will be built around these branches

Feel free to post your critique, suggestions and questions below or point out mistakes I made!

Great stuff. Accepted - let’s get it pasted on to the map ASAP!

Taurbar is kinda finished now. I will add a washing area by the stream to the south, once it’s on the map and will work on blending the forest a bit more. Would be nice if Wheellee or somebody else with the knowledge could tell me about the plants there, especially flowers, since the forest ground is lacking them atm.

Also I am thinking about adding one more house to either the western or eastern complex.

One thing I’d really like opinions on is whether I should clear leaves directly under the houses because of the lack of sunlight or keep them in most places.

Feel free to check it out and post comments either here or ingame on the sign board or add one for yourself near what you’re talking about.

I’ve copied the final version on to the map. There are a few derps (including non-six-sided logs), so you’ll need to fix those and add your washing area etc.