There seems to be a lack of Tarns, ponds, pools, small bodies of water. Are there plans to do some? Can I do some?

Where? What would they look like? Provide examples and mark an area on the map. More detail is always good, but right now this seems a bit like a shot in the dark. Mark some areas, provide a smaple of what you would suggest we do, and we’ll decide whether it is up to standard, and needed. Personally, I’m welcoming the idea.

Will do. This is coming from my experiences of hiking in the mountain ranges in California. I will put together some examples and photos and maybe get council on where to go from there. thanks

@blocks119 @Eldiar Would you two want to make this an extension of the woodland details project? Some of these would not necessarily be in the forest but many could.

I would have to disagree with you guys on this one. We have plenty of tarns/pools, and I don’t think they should be spammed anywhere that isn’t marked in worldpainter, as people will most likely place them in unrealistic places at any rate. I’d have to pass on this one, unless you can provide some actual places where this would work. The majority of small ponds in Europe are the remains of old quarries or drained wetland anyways, and Middle Earth’s far less inhabited than Europe.

hmm, to be honest i think we have enough big areas of water but there are a couple of small areas that would be good for pools, even just along the rivers, also, no offence but i think some current lakes/pools could be improved, alot just have super plain floors, ik realistically they would just be mostly gravel but this is meant to look nice too and there would usually be some larger pebbles and some finer sediment

Literally apart from the marked areas there aren’t many places for small pools. Improve the big lakes if you can find realistic ways to do it. I’m still not convinced that this is needed until you actually provide examples of places where this can be done.

sure, but tbh i would just mix up the gravel on the base to slightly larger and smaller stones, probs more muddy in the deeper parts, ill come up with some examples for you 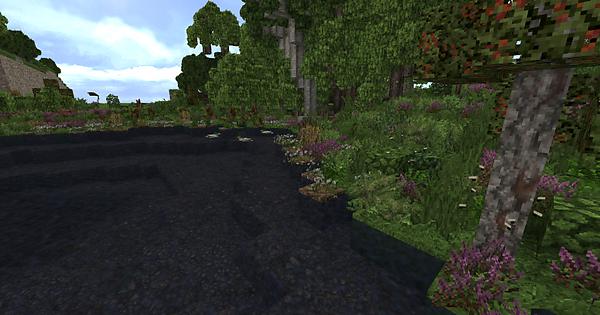 Not as convinced on the edge plants. on the bottom i guess it works. We’ll see.