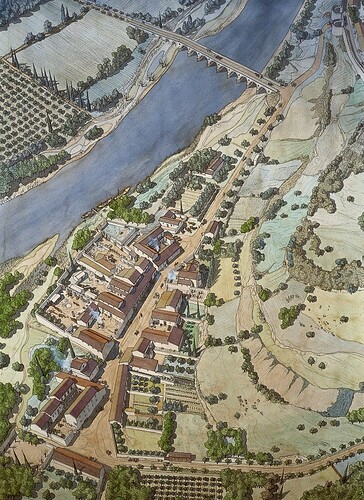 image1021×1400 301 KB
This image has come up a lot, but it really works very well for layout and property division. 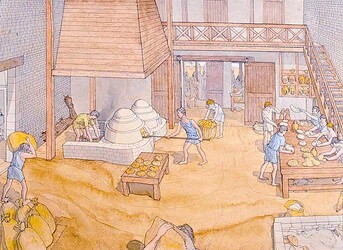 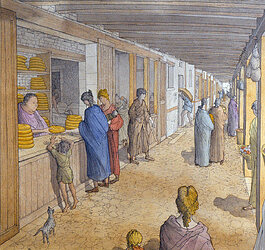 Historical/cultural research: [This section should be the most thought out section of your application. Provide examples of research and information regarding the cultures/historical material your project is drawing from. Provide a reasonable degree of information for all relevant aspects, such as urban/rural layouts, architecture, agriculture, hard and soft infrastructure, trade & commerce etc.]

Lore: Since tidings of Aragorn’s coronation were sent out into “all parts of Gondor, from Min-Rimmon even to Pinnath Gelin and the far coasts of the sea”, we have assumed that this is the furthest major settlement north of the White Mountains.
Tâl-Rimmon (lit. “Foot of Mount Rimmon”) was founded in the early Third Age as a simple quarrying settlement. It grew in affluence through much of Gondor’s history, and remains fairly well-off to the present day. 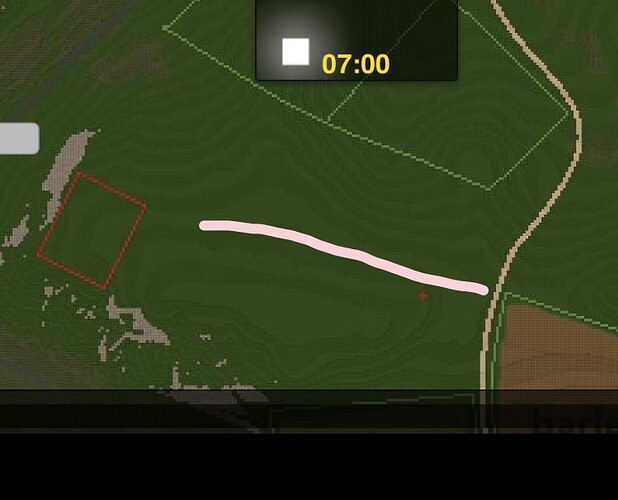 image750×606 60.4 KB
The noble family that oversees the quarry has a villa on the western side of the hill (red rectangle, will be expanded). The one street (white line) will be lined with houses on both sides.

Professions and production: The main industry of this village is, naturally, the quarry. Many of the farmers and herdsmen likely also work there as needed. In addition, the village will feature a carpenter and a bakery.

Hey folks, quick update on this. I am stepping down from Anorien leadership, but I do plan to continue leading this settlement. Expect to see progress with the planning soon™.