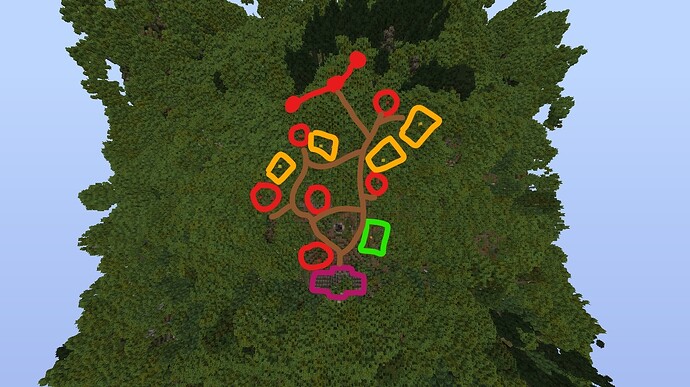 A beautiful drawing of the current village plan. 10 houses in all.

Looks promising! Maybe two additional tree houses tho. And maybe, just for funzies and cool looks, an old ruin re-used by the Nandor, the hall maybe.

It’s likely a few of the Elves living here knew Beren and Lúthien, which is cool.

Ill add to the tree-house chain, I’ll also look into something abandoned. There will be a monument to the left of the map for Beren and Lúthien as a bonus.

Could i do the re-purposed ruin?

Ok, I have an idea. So all the elves are leaving except the elves that live in the villages like Rindor and Oelbar (Wood Elves). So instead of signs of populations decreasing, like Mithlond and Harlond, maybe show signs of population increasing. My idea was maybe a construction site for a new house, showing that there is not enough room in the village because it is expanding so they started building a new house. Just an idea, I am not to versed in the lore and need opinions. 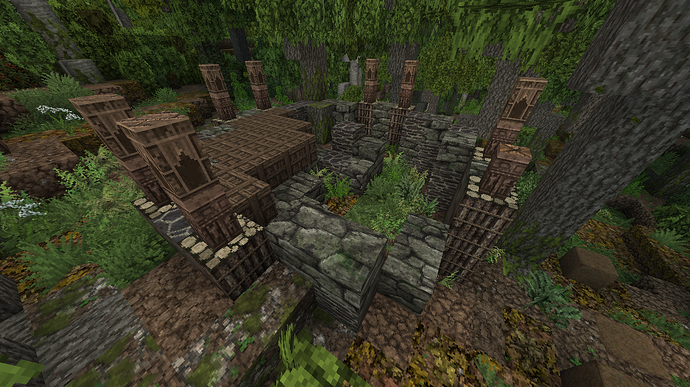 Most of the houses in Rindor are wooden, so if this goes through, there will have to be a quarry built nearby to supply the stone. (Or I can change it to wood, stone just looked cool).

I haven’t been on lately, but when I eventually get on I’ll work on interiors and details. Most of the village is complete exterior wise, please do check it out and post opinions and ideas in the thread so I know what needs to be done.

All that is left is two interiors, and two farms, also going to add two more Tree-Houses to the already existing chain. After that all that is left is some detailing and the place is done. (Maybe need a quarry too).

Thanks to N1K who helped Micah and me early on in the build.