Before the foundation of Arnor, Eriador was home to Middle Men of Edain stock. As a result of the slow emigration that started under the Númenórean kings Tar-Meneldur and Tar-Aldarion, a sizable population formed notably around the Barrow-Downs. These early colonists soon interbred with the indigenous population of Eriador. The Faithful favoured Eriador over the more southern regions (Gondor) because the Elves of Lindon under their high king Gil-galad lived very near across the river Lhûn. Conversely, the King’s Men settled more to the south in the latter days. Thus, the area was populated by people who were mainly still Faithful and Elf-friends, where much of the knowledge of the Elder Days was preserved.

During the Downfall of Númenor, Elendil and his people sailed through the Gulf of Lune and up the Lune river and befriended the High King of the Noldor Gil-galad. Both Elendil and his sons were welcomed by the men who were in whole or part of Númenorean blood. These Men of Eriador accepted the new kingdom of Elendil and helped to people and maintain the many places that the Northern Dúnedain built. The Men of Bree also became subjects of Arnor. Gil-galad and his people aided the fledgling realm; he even built the Emyn Beraid for Elendil.

Elendil established the city of Annúminas as his capital. Besides the chief cities like Annúminas and Fornost, the Men of Arnor concentrated around the courses of the Lhûn and the Baranduin, the hills of Rhudaur, and built towers and forts on the Emyn Sûl.

History
*In T.A. 861 Arnor’s tenth King, Eärendur, died. Due to dissensions between his sons, the realm was split into Arthedain, Rhudaur and Cardolan. While the line of Isildur continued in Arthedain, in both Rhudaur and Cardolan the line soon failed; despite accepting Arnor’s sovereignty, Cardolan seemingly retained a prince as its ruler. The three kingdoms were led to strife because Arthedain held the 3 Arnorian Palantiri

War with Angmar
Around 1272 Orcs began to trouble the region and around T.A. 1300, the Witch-king founded the kingdom of Angmar north of the Ettenmoors.

No descendants of Isildur remained in Cardolan and Rhudaur and Argeleb I of Arthedain claimed lordship over all of former Arnor. Rhudaur resisted this claim and made league with Angmar. Argeleb I fell in battle with Rhudaur in 1356. Cardolan, and Lindon, assisted his son, Arveleg I, to avenge his father by pushing the enemy from the Weather Hills. For many years Arthedain and Cardolan held a frontier along the Hills, the East Road and the lower Hoarwell.

However, in T.A. 1409 a great host issued from Angmar and invaded Cardolan and took Weathertop. A remnant of the Dúnedain of Cardolan held out in the Barrow-downs and the Old Forest. The last prince of Cardolan was interred in the Barrow-downs that year (some say that it was the tomb where Frodo Baggins was trapped during the War of the Ring, and it’s likely that Merry saw his last memories in dreams, for he mentioned the “men of Carn Dûm”).

In T.A. 1636 those people who remained in the Barrow-downs died from the Great Plague. Angmar then sent Barrow-wights to infest and haunt the downs. In T.A. 1851 King of Arthedain Araval attempted to re-occupy Cardolan, but the “evil wights” terrified anyone who attempted to dwell there and Cardolan was soon lost again.

Legacy
The region remained unpopulated even after the final fall of Arnor and the destruction of Angmar (1974).

Presumably the area remained deserted with the exception of the Rangers of the North secretely patrolling the borders of the Shire until the reestablishment of the northern kingdom under king Elessar at the end of the Third Age.

Sarn Ford
Sarn Ford was the stone ford on the river Brandywine, on the far southern borders of the Shire. It was guarded by the Rangers of the North. However, on 22 September [T.A.]3018, the Rangers were driven off by the arrival in the evening of the Ringwraiths.
A road beginning at Waymeet crossed the ford, which met the Greenway further south. By this road Khamûl the Ringwraith entered the Shire during the War of the Ring.

Andrath
The Andrath was a defile between the Barrow-downs (to the west) and the South Downs (to the east) in Eriador. Through this narrow way just south of Bree passed the Greenway. We could assume that this was the site where some Numenoreans settled during the Second Age although nothing remains except the ruined forts by the end of the Third Age.

The Numenorean forts 1, 2 and 3 should have minimal to no later additions by the kingdoms of Arnor and of Cardolan due to their remoteness from any threat during the Third Age. There shouldn’t be much left of them, see GFF3 located North of Lond Daer on the same side of the Greyflood. Forts 4 and 5 being on the South Downs and therefore closer to the frontline with Angmar were most certainly reinforced by the kingdom of Cardolan.

For the towns and the city, please be mindful of the period in which your project was founded and its evolution in the layout of the streets (Gondor’s architectural epochs Gdoc):

In-game guide: /warp arnorguide, /warp Tharbad if in a flooded area and Greyflood/Gwathló Fort and Town Ruins thread for the Númenorean forts

Terrain: Some terraforming around each settlement, but that comes down to individual project leaders. 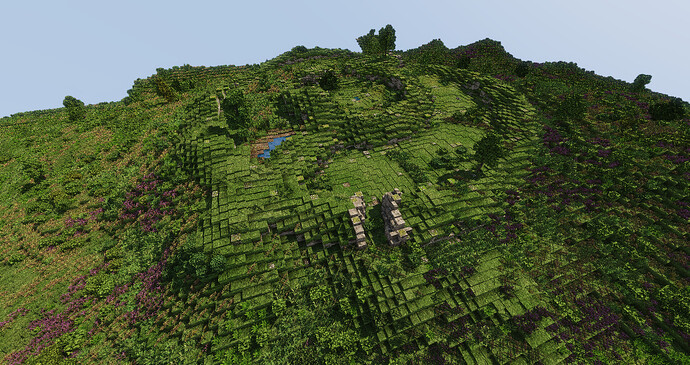 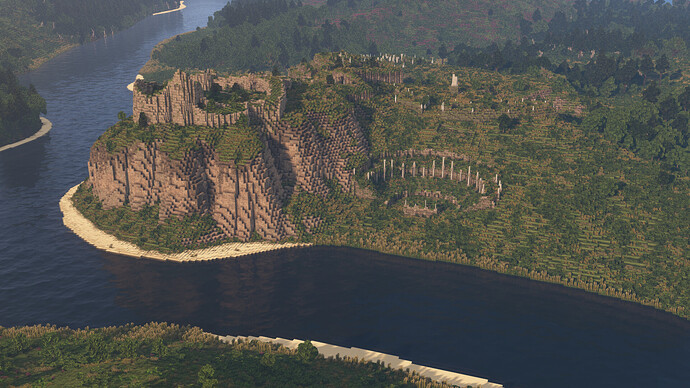 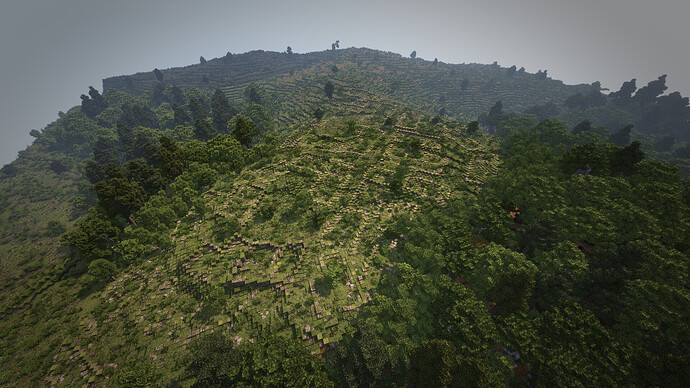 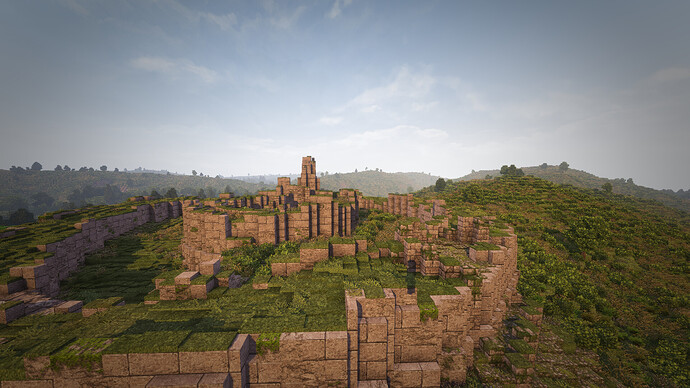 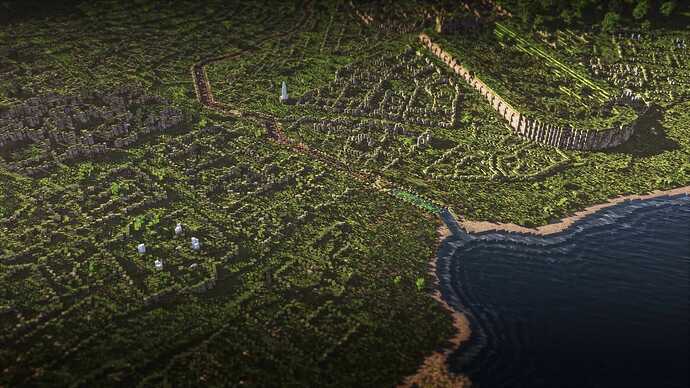 This page provides a summary of the status of all individual projects within the overall Northern Cardolan Fort city and Town Ruins project. If interested, please apply for an individual project using the conventional form, and post your application in the Cardolan section . In addition, please contact me on Discord so that we can discuss your build in the context of the larger project. Thanks!

Looks great to me!