Lore:the nandor origionally were a group of teleri who were afraid to
cross the misty mountains and decided to stay in the large green wood to
the east, over time they spread out ,prehaps through eriador and they
ended up enhabiting a large range of places in middle earth, they loved
and still love nature . They made friends with the nargrim and contented
stayed as they were however from the north came beasts so they were
forced to move to oddiriand where they were welcomed, they were not
warlike and so the array of evil creatures had the upper hand over the
nandor. Some of the elves went to ossiriand but it fell after the wars
of beleriand and they merged again with the main nandorian population,
this left the nandorian population not so pure nandorian.

Later in the second age sauron challenged the power of the elves and
the nandor( now tawaith due to their impure state) were forced as
refugees to move to many places including lindon. The largest
populations however now resided by the third age in mirkwood as wood
elves or lothlorien as galahadrim. In the third age the necromancer
posed a threat but was defeated multiple times, in the war of the ring
.the elves in lindon did not play a large part . Eventually most would
leave middle earth. 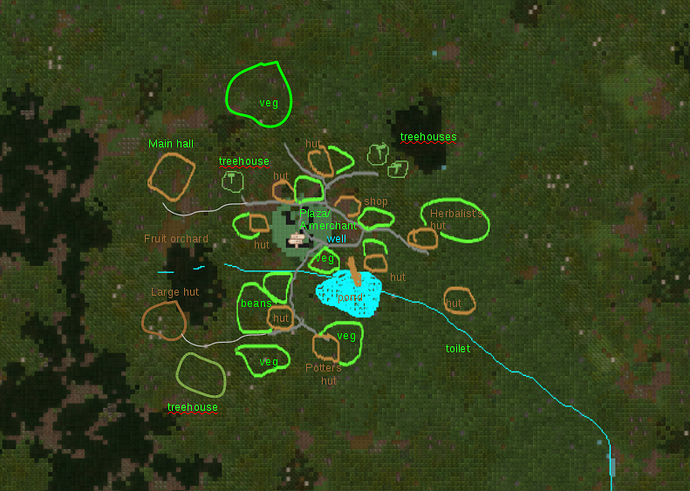 Screenshot from 2016-07-03 20-34-14.png791×563 647 KB
in between the houses will be a mixture of maily woodland with some
areas of planting for flowers and a variety of crops that would be found
in the light conditions., a couple of woodwork tools will be arround but i will try to make it look like it has been almost grown out of the woodland with a roof put on rather than built. a small quarrying hole may be put in but i wont do it yet and will ask and admin before i do, subject to change with your permission.

the hut style i am going for is similar to the one in the picture and my
concepts, i am planning to make it look more organic and i will make
treehouses with a similar composition but more like they have been grown
out of the tree like the seccond image. it wont just be grown and the
rest will be thatch and twig lattices with a few solid walls and a very
small ammount of stone.

PS: this is my first application I understand if it is rejected multiple times.

Please do your overhead plan using a screenshot of the dynmap… like literally every other app ever.

ok , sorry ill get right on it

there, im now just going to neaten it up again

The concept is kind of unclear. Could you post a hut without anything around it and without shaders?

Ok sure, should I label where the ideas came from…?

ok here i made a large and small/medium hut (just the same but extended with interior tweaks. also stuck trees grown into it like i said. #grownoftrees 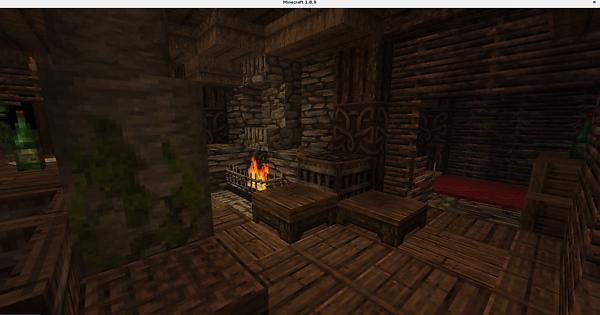 Is it rejected or should I do something else?..

Make sure your thatch roofs are minimum 45 degrees.

thank you , ill make sure i keep that in mind.

I think that the road should be a little less gravel, it seems very out of place in the forest. Also not sure about wheat being grown there, maybe just vegetables and wine.

Agreed with Atlan - the roads should be dirt.

Also, watch your roofs. I found at least one below 45°.

Hey blocks119. Don’t be afraid of this long list, but this should hopefully clear some stuff up. I and wheellee have recently been checking out Minthaun in details. And there is a big amount of stuff, you need to fix.

I’m not going to comment so much on interior and exterior here, I know that wheellee will make a post about green elves later. But I can tell you something which is more essential for interior in general.

Hope you take this as feedback and learn from it. I know you might not have been informed about stuff like this. So thats a mistake not from you. Ye it is boring to fix it up when things like this happens.
Just remember nature stuff need research, and ask people who knows about it.

I really think that Minthaun can turn out to a nice little village when you are done with it. Also, you are the only one who have remember to make a sign on ./warp jobs after the 1.8 update!! That’s great, so I made a few huts a while back ago for you. =)

Thanks for the feedback, I haven’t been on much to do any of this stuff since I went to soul survivor, (on holiday) but I hope to continue and will try to make theise corrections.

Last week you said that you’d be able to make good progress and perhaps even finish this project, but I’ve seen no evidence of it.

If you don’t come back to this project within a week I’ll hand it over to someone else.

i have been building on it and just have a final few touches to complete
i said it would be just a bit over a week and thats still when it should be finished, i had a minor setback from tuesday to saturday due to having to push forward another project on another server but that doesnt change the fact that i am just finishing.

I would argue that these things still have not been fixed in Minthaun. I understand completing as many projects as possible before the map section comes out is in the forefront of everyone’s minds right now, but it isn’t wise to compromise our standard for that reason.
-There is still a random mix of hemp and bracken and herbs as ‘garden plants’
-Still are stone roads, that’s more of a sindar thing than a nandor thing.
-The interiors are still weird/not nandor-like, see my post on them in the Lindon thread, should be minimalist with dirt/forest floor most of the time, maybe wood in bigger houses
-Still random heather in the forest
-weird mixed turnip garden underneath the canopy, that would not happen, and saying it’s ‘elven’ is not a viable excuse, better to just have a berry patch at most or just regular forest with berry bushes mixed in. Not every source of food has to be in a square patch of garden, they’d live with nature rather than clear it away. Ask glar about acceptible nandor garden plants and how to make them look right.
-Don’t put mithlond flowers in the forest, they are specific to mithlond only
-Mistletoe is not a shrub
-random golden goblets in houses
-random asian pillar in houses
-bean poles would require direct sunlight to grow, you would have to clear the canopy above them.
-Stream is still terrible
-random wolfsbane in wrong place, random blue flowers in forest
-random blue/purple carpet in houses
-random pipeweed in gardens
-still mixed leaves in some trees