Lore: No lore from any of the books. This is a farming village (that also exploited a quarry) and has been abandoned. Also, because of it’s location (halfway between Forlond and various other towns people travelling between those locations would want somewhere to rest) this town still has an used inn although some part of it will be partially destroyed and some rooms abandoned and left vacant because of the lack of customers. Therefore this will be the only maintained structure of the village and the inn keeper would have some small farms and pasture as well. 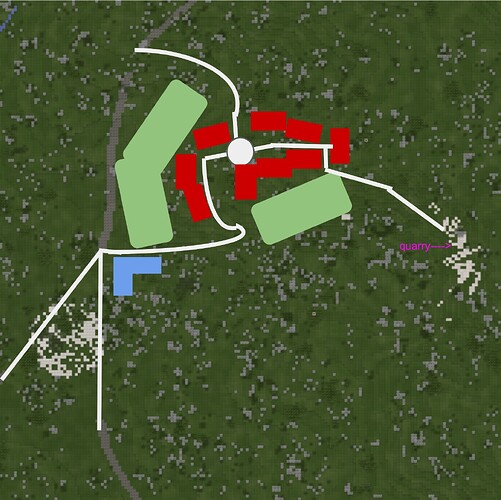 Reference Imagery: none it’s all in my head

Any feedbacks/constructive criticism is much appreciated

Looks good overall, but you need to revamp your overhead plan. Those houses are WAY too small, as are the fields. Look at Numenestir for reference.

edit: Also, it’s not even on the marker.

edit2: I believe @Ytsen had some ideas for this location. 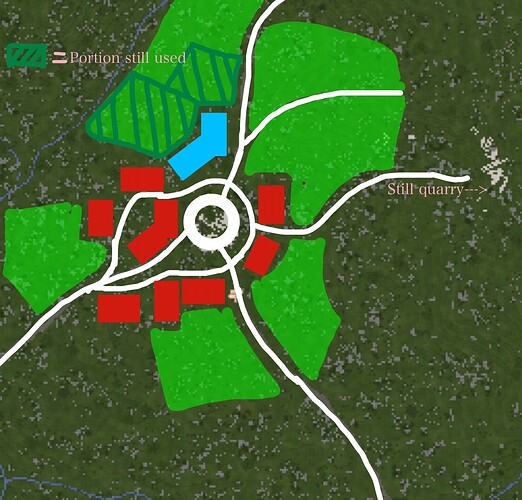 Just a thought - the inn should have a stable. 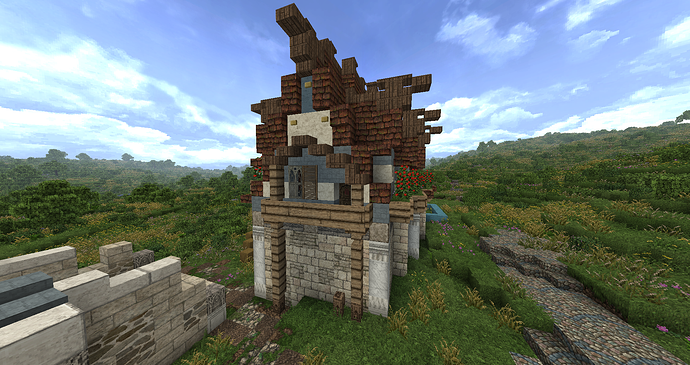 This building… isn’t very good. I’ll let builders who are more skilled than I am critique it properly.

Also, the server is set in September, so there shouldn’t be cherry blossom in the village.

Make sure the roof has an overhang at the far end of the building, and don’t use the same material for both the supports of the balcony thing and the railing. For supports like that you generally want beams, and not planks (vertical connection, not horizontal). Also, don’t make every dormer the same by adding the same two rose bushes in front. Try and look through the conquest reforged blocks we’ve gained a while ago, you can add some cool supports to the roof by using the upside down birch stairs that have come with it.

Personally I really like what you have so far. The shapes of your buildings are really nice, and look very smooth and weathered.

Your texture use could use a little work though. I’d take inspiration from current Arnorian and Elven Ruins. Eärailin would be a great example. Your ruins shouldn’t be as worn down as those in Eärailin but maybe rework your texture use to be more similar.

I’m not sure about the roofed house. Would the roof still be intact if this is an abandoned village?
And ofc as Fornad mentioned, the cherry blossom is a bit out of place.

I like what you have so far, but just keep tweaking things and try to take any of the constructive criticism offered above into account. Don’t listen to @Hearthseeker , he’s a useless and lazy shill who quite literally shitposts and can’t build to save his life.

“I’m not sure about the roofed house. Would the roof still be intact if this is an abandoned village?”

Thanks everyone, like I said i’m always happy to receive constructive criticism.
The cherry blossom tree will be removed and replaced with an apple one as it’s seems like it’s part of the flora of the region.

The “The building with a roof” (it’s supposed to be an inn btw idk if you read the application) as Glov said will be worked and hopefully improved, I was anyways just trying stuff so I’ll happily change it.

@Glov For the texture I’m guessing you’re referring to the palette of the foundation, @Fornad especially told me to use light colored stone because of the marble and other light textured stones found in the area. From what I can see from earailin it doesnt seem to fit.

For a red roofed building like that, I’d suggest either white or yellowy plasters, but not blue, simply because warm and cold colors do not go together (or change the roof colour, either one).

I wouldn’t use such fancy columns for the base of the building, but rather on the upper levels.

I’m assuming the inn will be expanded in size (more shapes attatched to it will definitely help).

When you think of the Noldor, try and emulate something really refined and sophisticated like Greco-Roman Architecture, but also with natural shapes, the general stuff associated with elves. Make it graceful.

Also, use trees in your build! Due to the surrounding landscape being situated on basic soil, I’d suggest ash, aspen, and juniper if you use them. Put them sparingly, maybe even have an old pollarded grove of aspens just outside the village, long left unattended to to give it a more ‘elven flare’ to it.

As with what Glov said above, it’s looking good so far, just needs improving! Keep up the good work!

So what colors go well with blue?
I always thought that complementary colors such as blue and orange go well together? 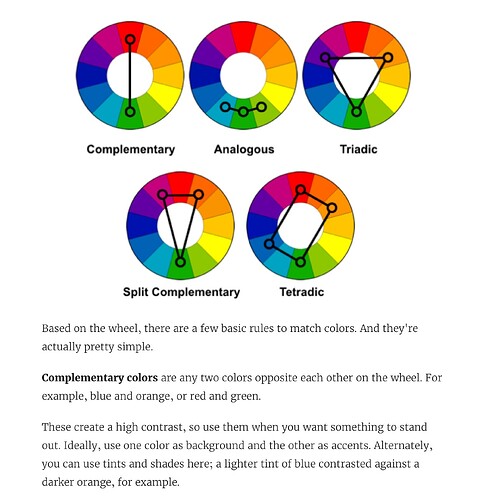 Also, is there a place on the server where i can take inspiration for the aspen forest?

Oh and also what should be the size for the stables? Is a 2 by 3 rectangle big enough for a single horse?

I’d just go with an overall white pallette, like Númenetsir.

Project Update
What is completed:
-ruined houses
-inn (interior too)

What is left to do:
-details around the village
-farmlands around (abandoned+cuiltivated)
-quarry
-streams
-(maybe) an aspen grove just outside the village as Whee suggested

id like to point out that @creepyboy666 helped alot with this project and should be promoted to Co-lead if everyone is okay with that.

I’m fine with it, edit my name to the original post

Creepy is co on Thorins halls, can not be co here too.

Sure doesnt matter, It is too much i think, I have also exams

Huge thanks to everyone that helped:
-Creepy
-Guan
-Apti
-Ahorn
-Next
-sorry if I forgot someone

And heres some screens I took 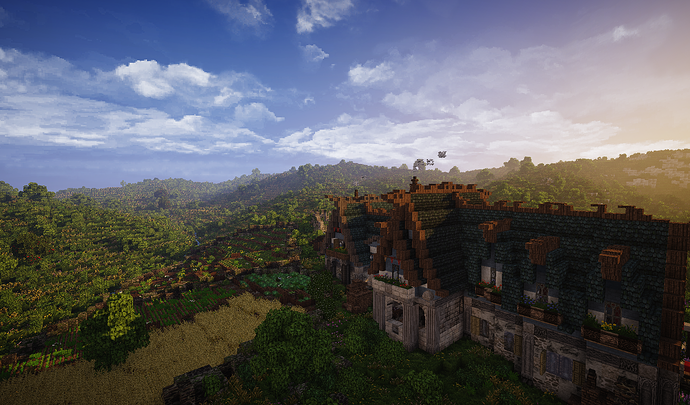 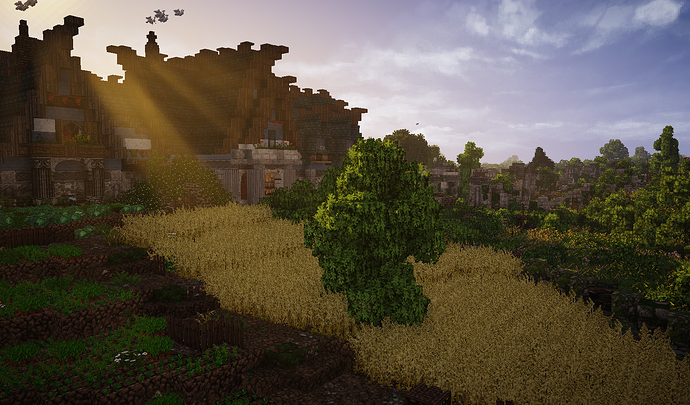 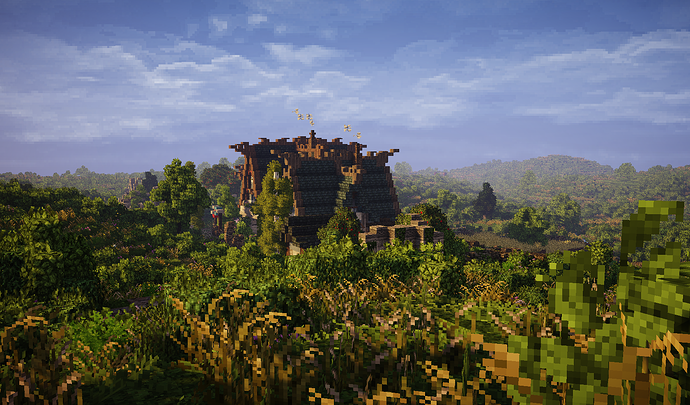 Well done, It was Fun to help