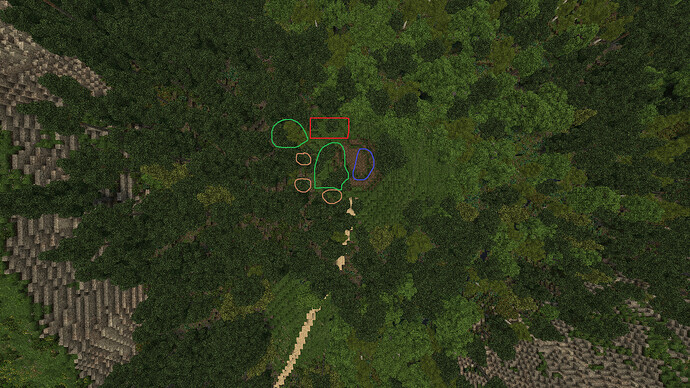 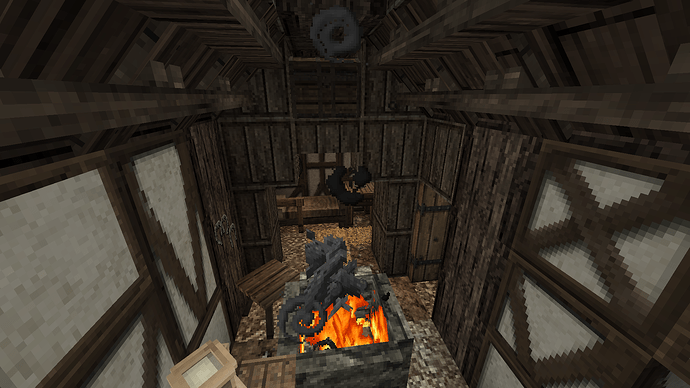 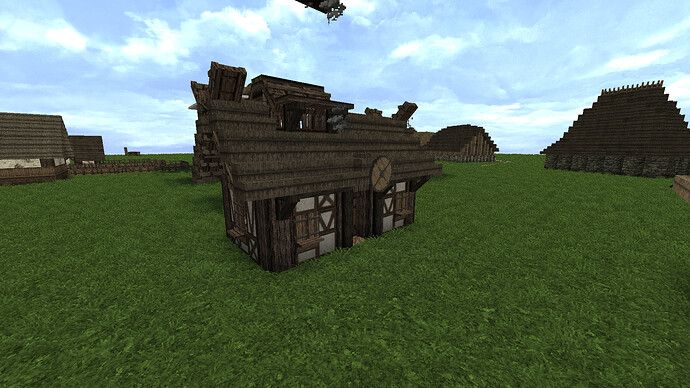 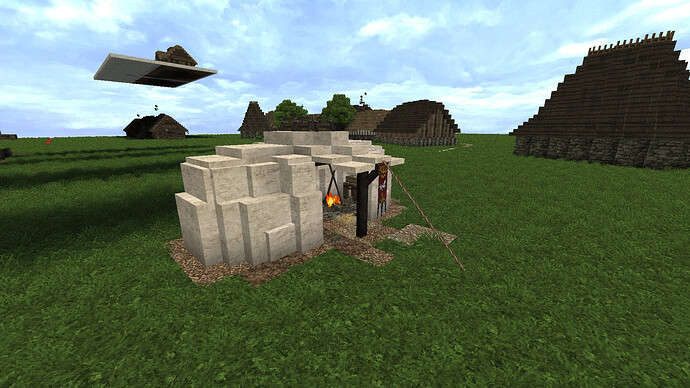 Timeframe: 4weeks, because i am on holiday from the 6 July till the 24 July

Looking at the map, it looks like this logging camp would supply places like Helm’s Deep, Helmham and sometimes even Folcmund. Therefore, I think it should be bigger. According to Ben’s original post there need to be at least around 20 people at work in this camp. I think your tent can fit 4 people with belongings so there would have to be at least 5 of these tents. I think your tent looks nice, but I’d remove the fire. Also the mainhouse feels very cramped on the inside. I’d suggest enlarging it so that there is room for roughly 10 people to eat inside, as well as a small kitchen and a fireplace. After all, they need a place to eat even when it rains. I think increasing it to that size would not make it too big. Also, for the materials of this house, surely they would just use the logs they are cutting themselves. Last thing, I’d like you to roughly outline the areas where you want treestumps and sampling etc.

ok here is the new plan: 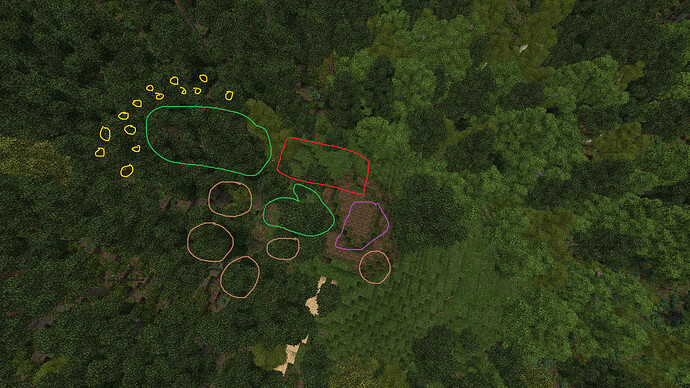 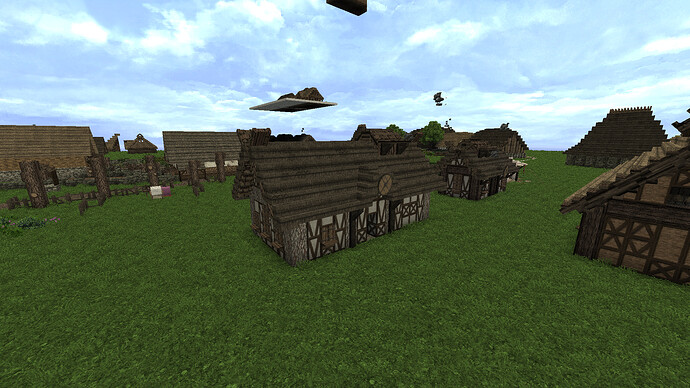 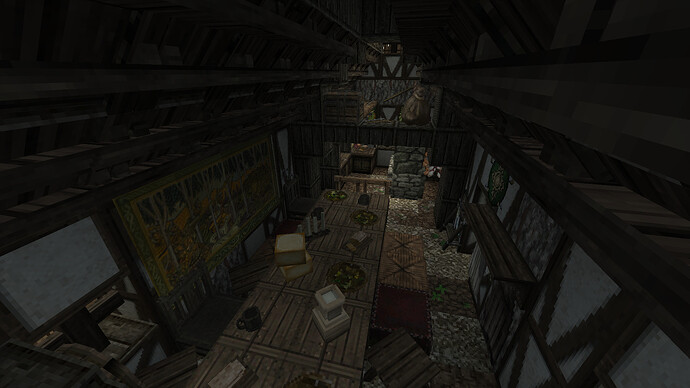 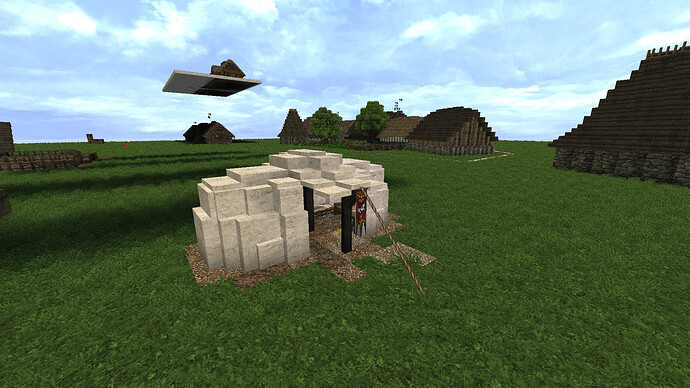 Main building would not be made of tudor, use one of the log walls instead. After they directly cut down the trees for it. I’d also deforest the area a lot more. Look at the dwarven lumbercamp east of Bizar-Filatin. 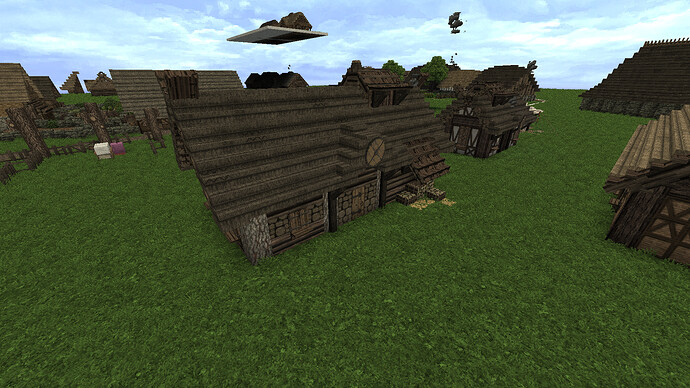 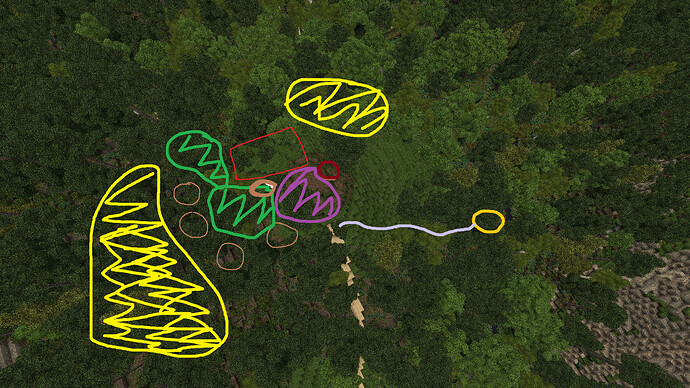 You’re probably not going to like the number of criticisms. But it’s well intentioned.

1.The log blocks seem to have the texture facing outward, as if they cut little 2ft logs and just piled them up to make a wall. Change their orientation to where the longways connecting texture is facing the outside.
2. They would remove bark from any beams that support the structure. Don’t use tree logs with bark as support beams. 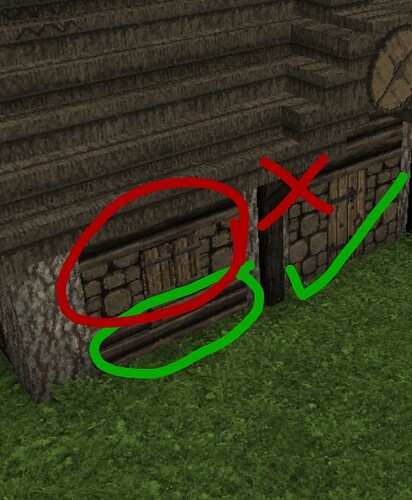 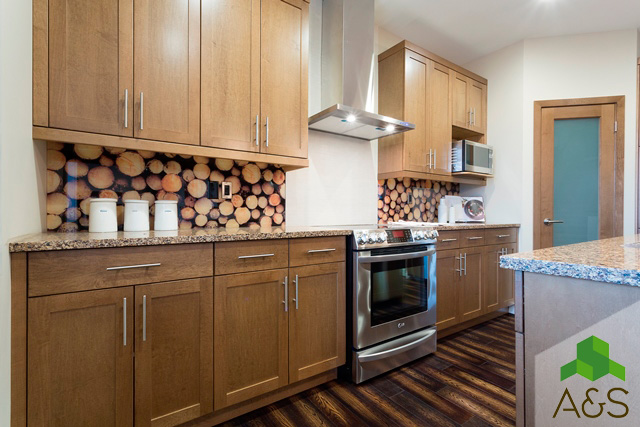 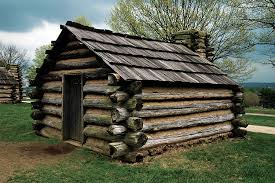 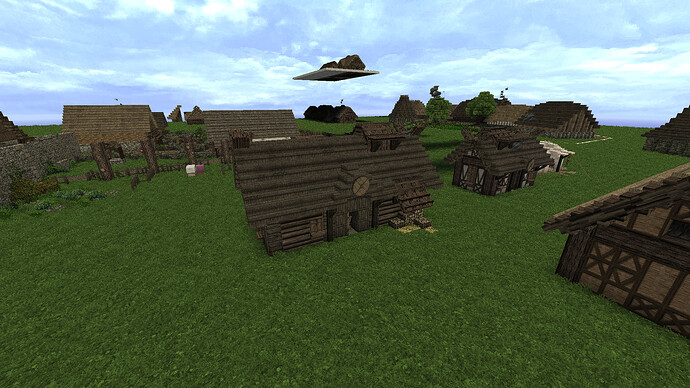 can i build it now

Yes I can accept this now. Please don’t feel like you need to rush; take time to think things through and make sure the camp would actually function. Finally don’t be afraid to make the logging area larger as rohan is heavily dependent on wood and would need a substantial area to get it from.

I accept too as long as you do not rush and don’t be afraid to ask an Overseer or another player for questions or critique. Otherwise, the application looks better and I think at this point you can get started. 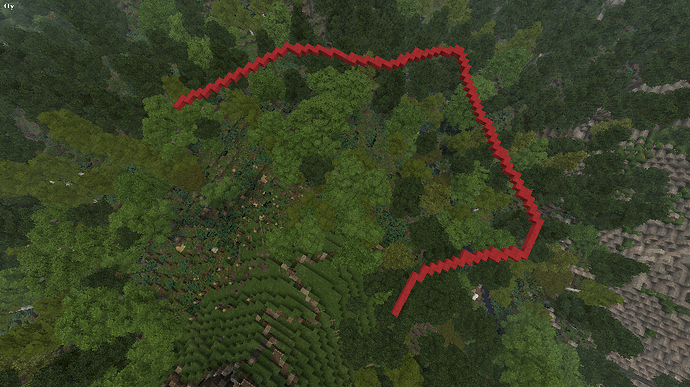 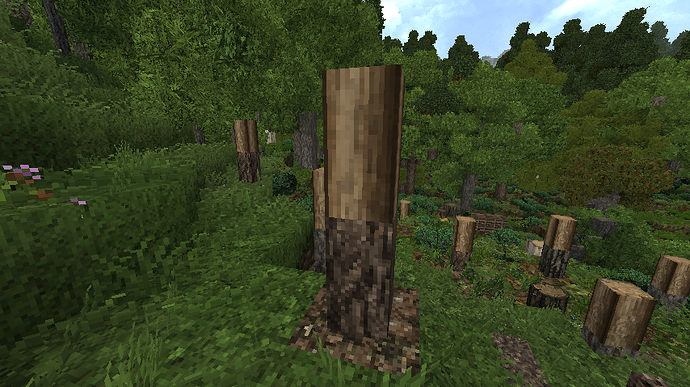 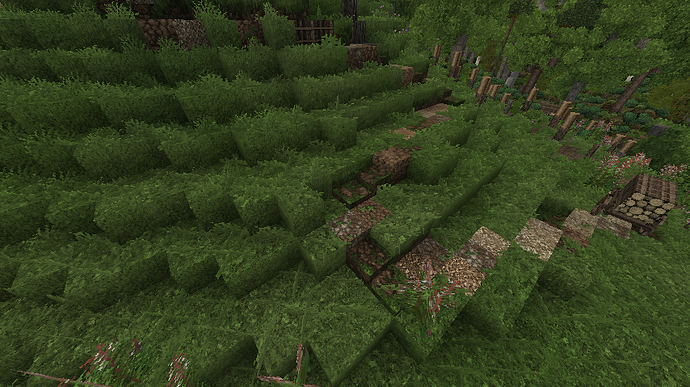 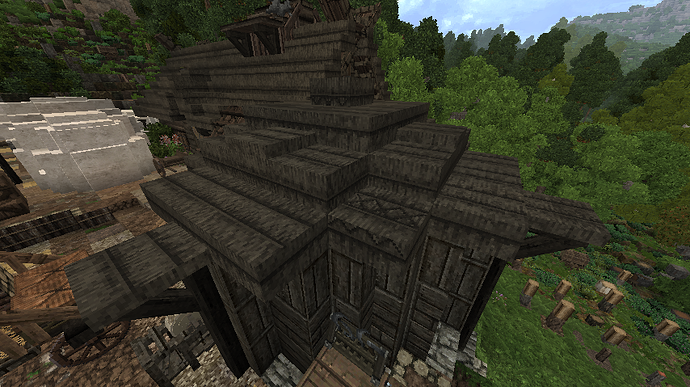 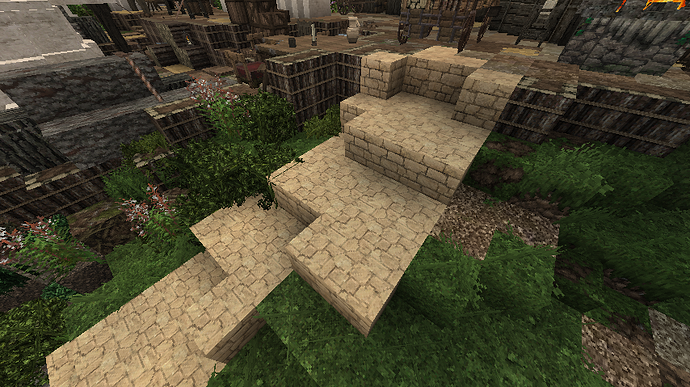 For the smaller cut down trees i’d just use the 3d “tree stump” block.

Also try and give the stumps a similar spacing/distribution to what is in the forest around the camp. atm they’re all very closely packed together

I have done these thimgs

Sorry about the delay - all checked and finished. Well done