Lore: There’s not much lore for this place, but we’re taking inspiration from the other coastal Lossoth villages and tribes like the sami. It’s the northern-most village so it wouldn’t really need much protection. Fishing is the main feature of this village seeing as its coastal, doesn’t have any forests nearby, and rigid terrain that probably wouldn’t be too suitable for crops, however it has some cattle/whateveranimalidk pastures instead. 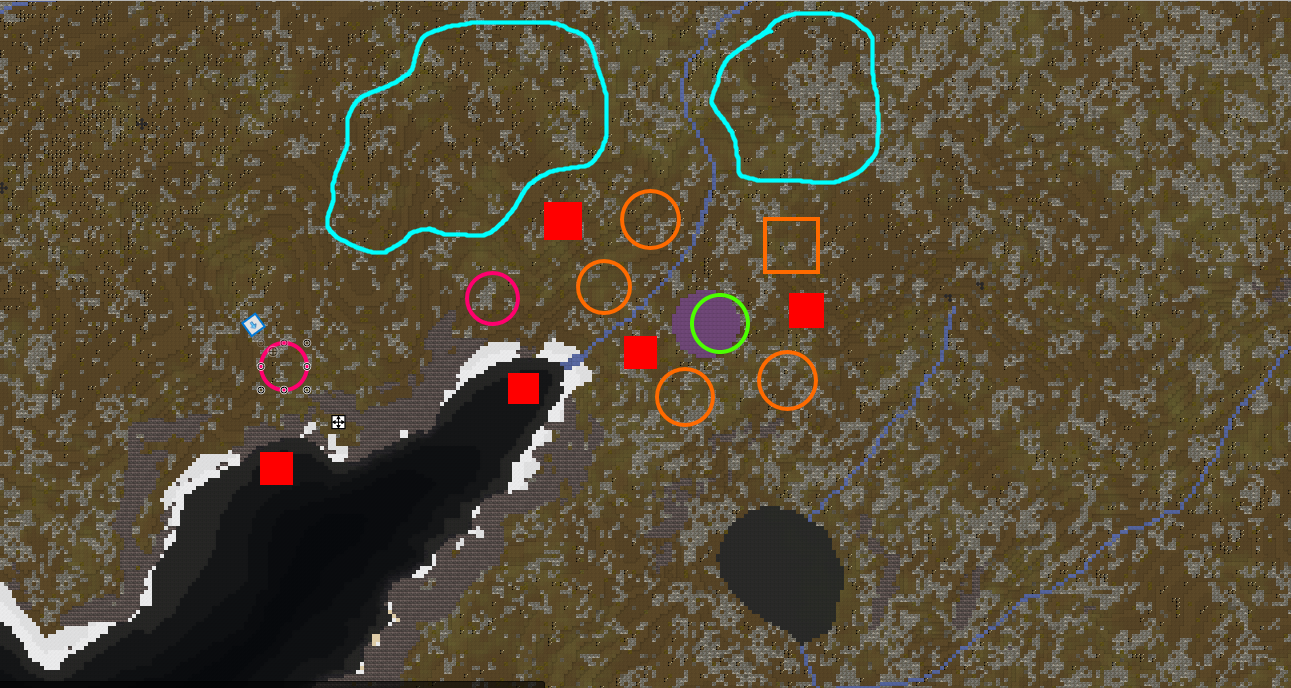 Terrain: Few touchups with the fishing areas/roads but other than that nothing.

Reference and concept Imagery: https://imgur.com/a/j9dh8
We decided to use nearby clay from the streams/ponds/ocean for the entrance and some parts of the inside for support. The inside is concise as possible to maintain the most heat. The roof and exterior walls use the grass/twigs from nearby for maximum insulation.

Because this is the settlement furthest north, I would like to see some concepts and reference images. Also notice there is pretty much no trees here, so it should look quite different from the other settlements.

Also for terrain, please do streams and beaches nearby.

Updated with concepts and references. Pretty low class huts, they should withstand the extra cold winter in the northern-most part of Forochel, and use minimal wood as you suggested.

Streams and beaches should be no problem.

Some extras to the concepts: 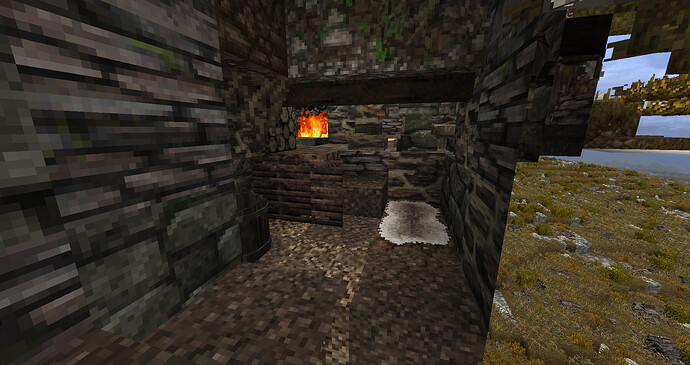 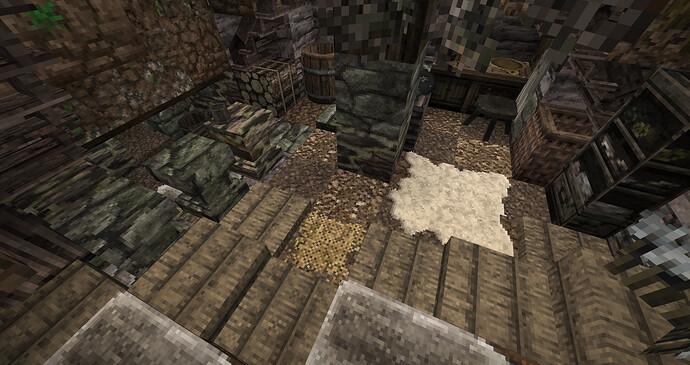 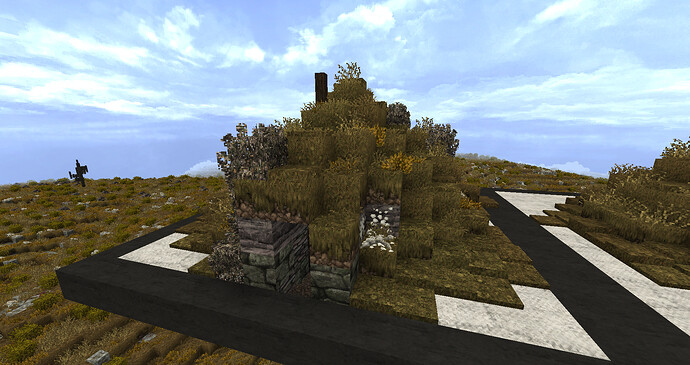 The general layout of this one is the same as eag’s apart from the higher roof and lowered entrance in order to maintain heat.

Alright, I’m fine by this, approved. One more overseer and Fornad to accept this as well.

Layout looks good to me. One thing that I’m going to suggest though which might be quite annoying, is that you cover up the dirt on the inside of the huts. What you’ve got atm is essentially a dirt igloo. Not only does this look pretty bad from the inside but its also pretty unrealistic since the dirt would just collapse (especially in winter with the added weight of snow).

Inuvialuit sod huts (which look like the concepts you made) have wooden planks lined up along the inside like the pictures below. I highly recommend checking out this website below. Its very simple and gives a really nice, informative overview of how the Inuvialuit build these type of structures with the limited resources they have in the arctic.

I’m afraid I’m also going to picky with some of the blocks you’ve used in your concepts.

-The hanging clothes block is far too bright and colourful for the kind of clothes these people would wear (mainly made from animal skins).

-The wardrobe blocks and any drawers or similar furniture for that matter require metal to be made. Some of them also clearly have metal in the texture. I doubt the Lossoth would have any contact with more advanced, metal producing communities (especially not Lossoth 8) and therefore I’m going to ask that you don’t add any blocks that have even the smallest piece of metal in them. This excludes spears since you can imagine they are stone spear heads. Ahorn and I managed to do this in lossoth 3 so its certainly not impossible.

I’d also love to see a few sleds since this is one of few details that we get in the lore. Idea for one below. Sorry for being quite nitpicky here but I think we should be making these Lossoth settlements more realistic in general so it needed to be said. If you adjust your concepts taking this feedback into account then I’d be happy to accept. Just let me know below if you agree/disagree.

Nice thanks for the suggestions. About the suggestion of using planks to cover up the dirt inside, since wood is a really rare material in the area I don’t think they’d cover every house with it, could clay work instead? I guess using a few support beams inside would kind of work too but idk.

Trees don’t grow in the arctic but these inuvialuit guys manage to do it in every one of their houses.

Rivers that start further south in forested areas often bring logs and wood downstream where there might no longer be forest. Not sure about this but that huge one a little bit south of lossoth 8 might do do this. On top of this, there’s also the driftwood that collects on beaches. This source can’t be underestimated, just look at these photos. 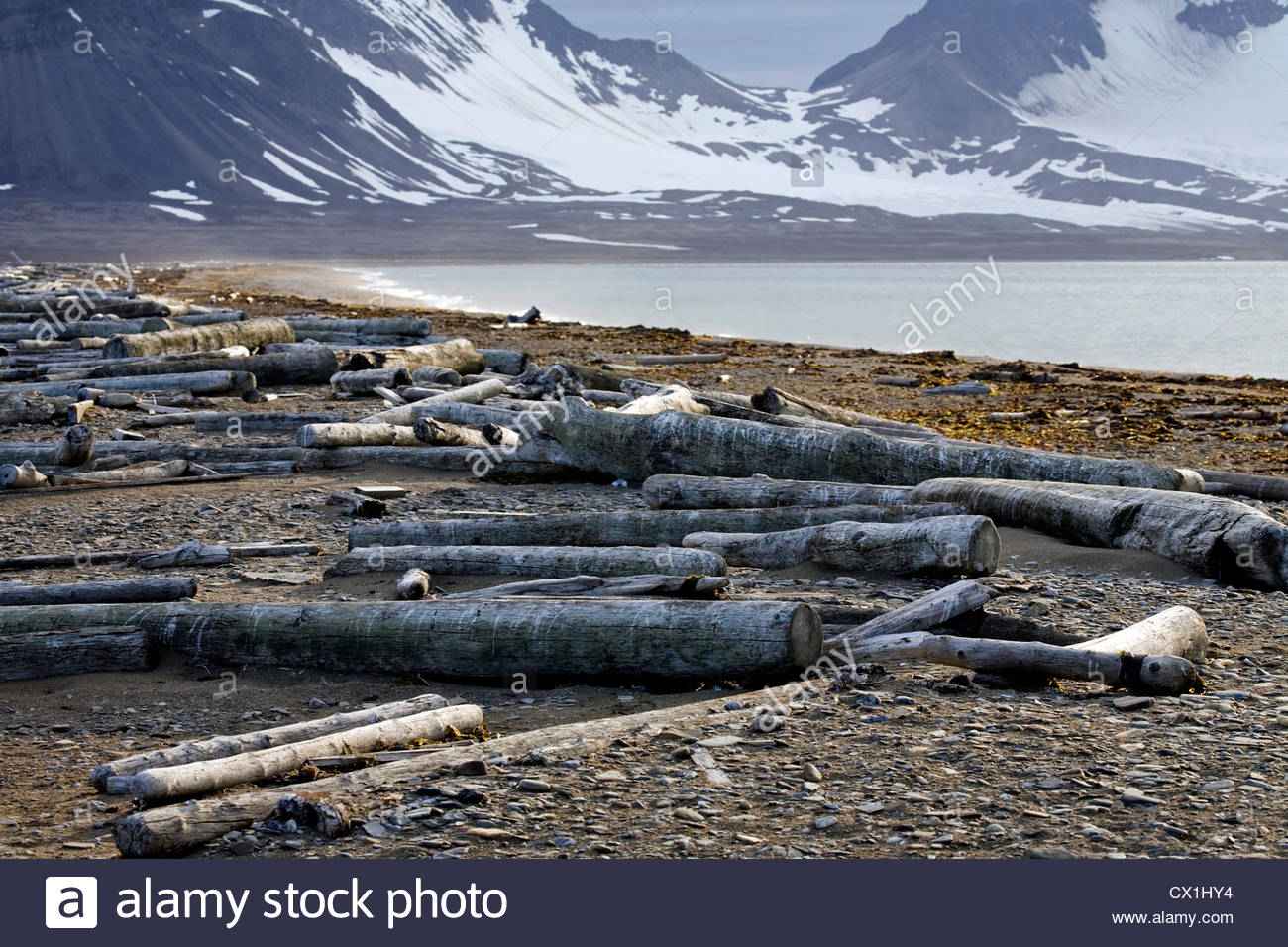 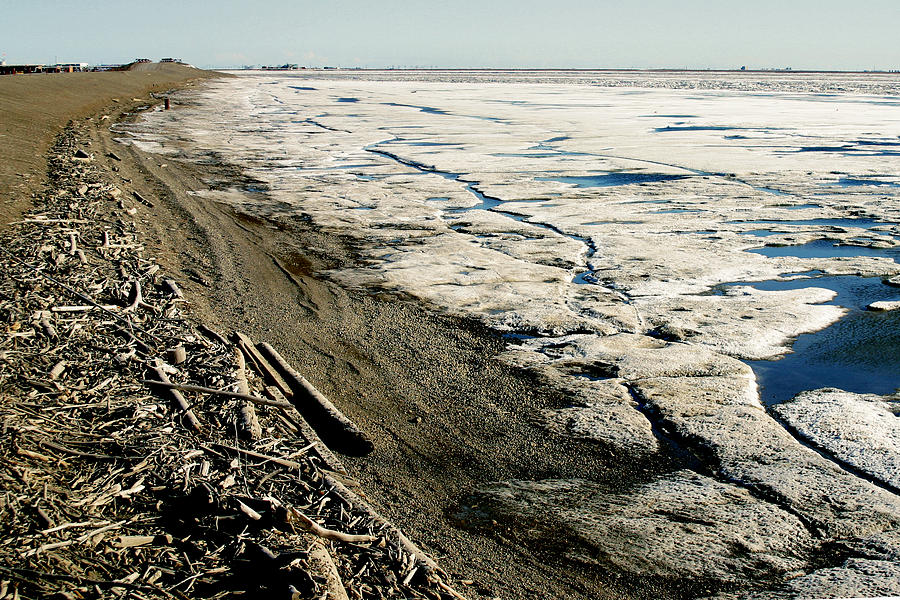 edit: To make it easier to build your huts, you could dig the floor down one block? 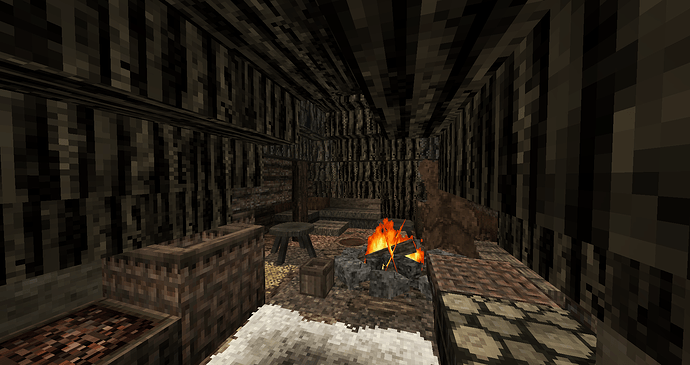 Need some overseers to check lossoth8, we would like the village to be called: Sogjide-Gáddi ,which stands for cold shore since its the most northern settlement. 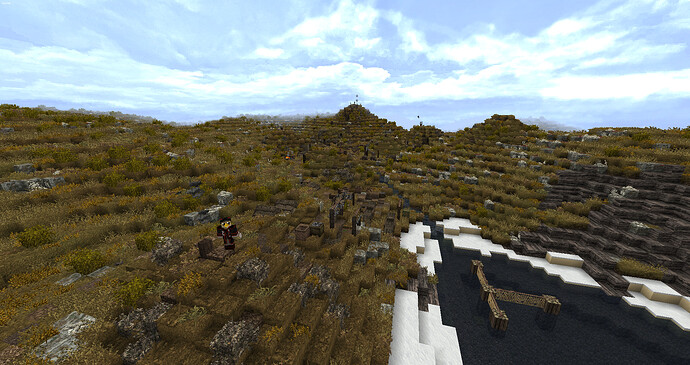 Some statistics on the village:

All checked and looks really good, and done in a very short amount of time. Nice job.