Lore: The village of Hobbiton was the home of several of the protagonists in The Hobbit and The Lord of the Rings. Built on the northern and southern sides of the Water, this peaceful serene village was famous for being the residence of the strange yet delightful Bilbo Baggins. Bag End was one of the most luxurious hobbit-holes in the time period, dug into the side of the Hill overlooking the fields of the Shire facing south. It had two entrances, and many windows, all on ground level, since hobbits do not like to have multiple floors in their houses. Most (if not all) of the windows and entrances faced south, and there was a large garden in front of the residence, tended by the Gamgee family. Above Bag End lies on the crown of the hill a large oak tree. South of the front porch of Bag End, another oak tree lies, where Bilbo’s magnificent party was held. There were also three hobbit holes below Bag End called Bagshot Row, one of which was Sam’s home with a yellow door. There were also several other buildings, such as the granary, the farm, and the Great Water Mill. The southern half of Hobbiton, however, was more for living space, and was connected to Hobbiton-across-the-Water via a wooden bridge. One notable building on the southern side was the post office. There were no inns in Hobbiton, which meant most hobbits had to walk a mile or more to get to the Green Dragon Inn in Bywater or the Ivy Bush. (taken from “Shire Lore for ArdaCraft”) 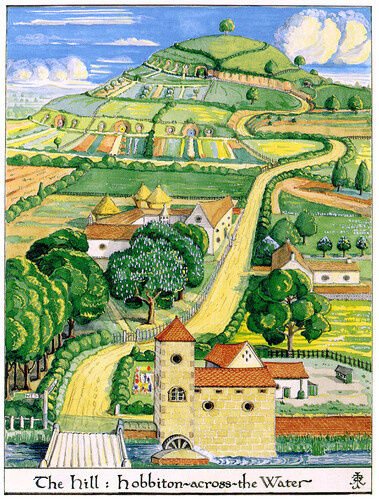 Overhead plan: I divided the plan into 2 images, the numbers are farms. 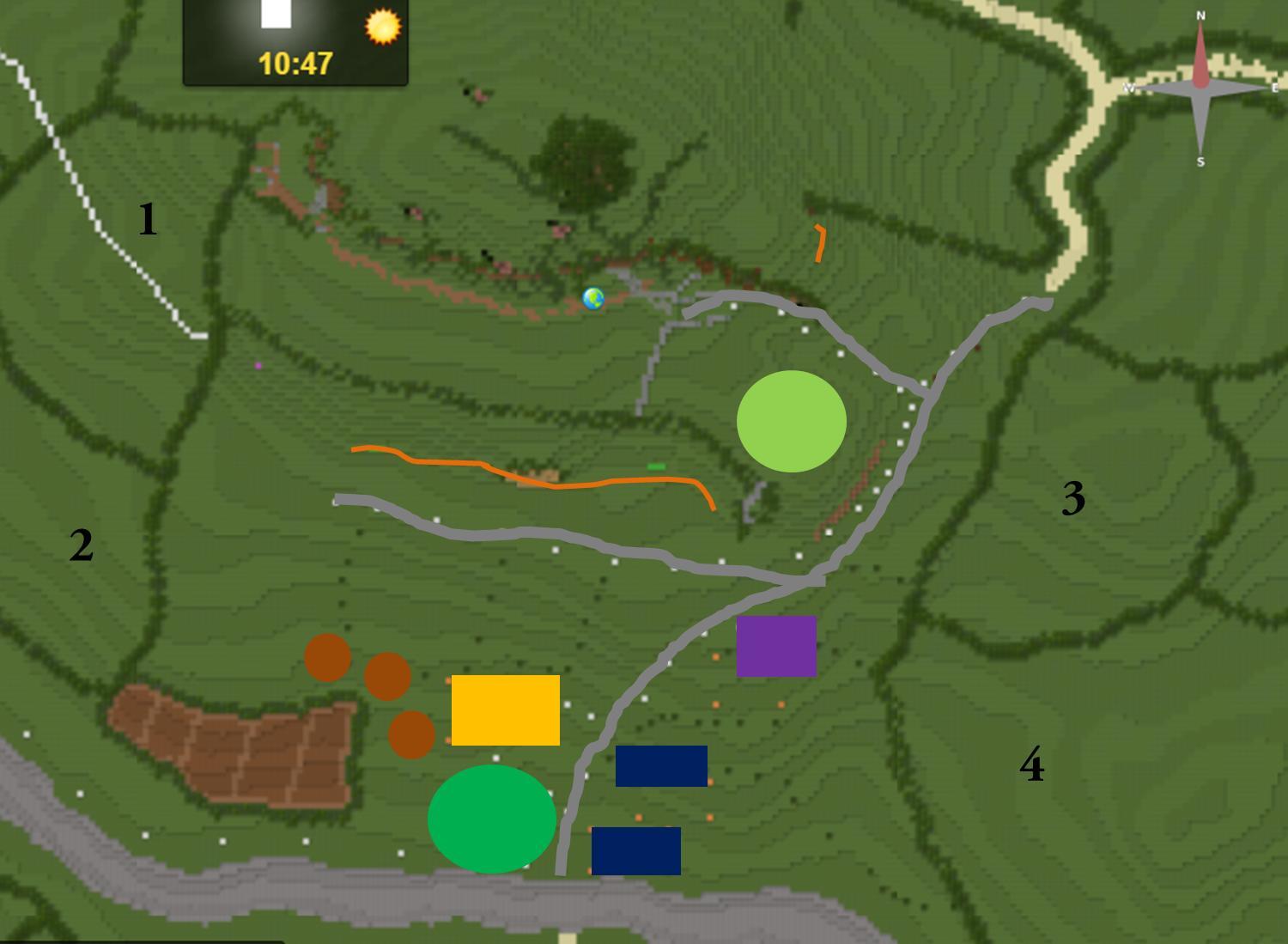 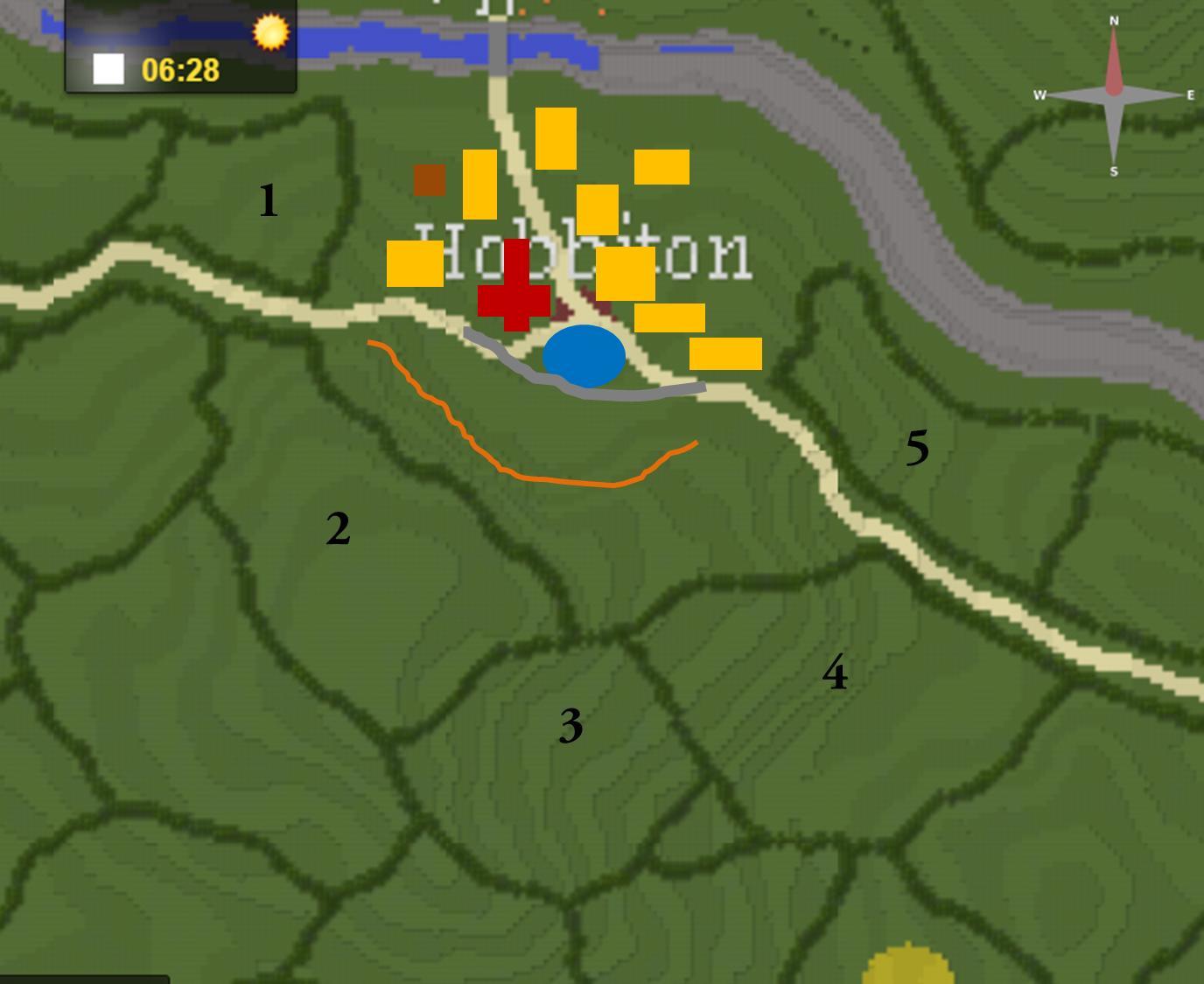 (These plans can be changed according to necessities.)