Lore : Greyflood/Gwathló Fort and Town Ruins Thread. Cardolanian fort raided by Angmar and occupied by hill-men to watch for arnorian/gondorian reinforcements coming from Tharbad. Abandoned by the hill-men soon after the defiling of Tyrn Gorthad. Nowadays it is rarely visited by anyone except rangers (might add a bivouac for two rangers and a cairn used by the dùnedain to leave messages if that’s alright). 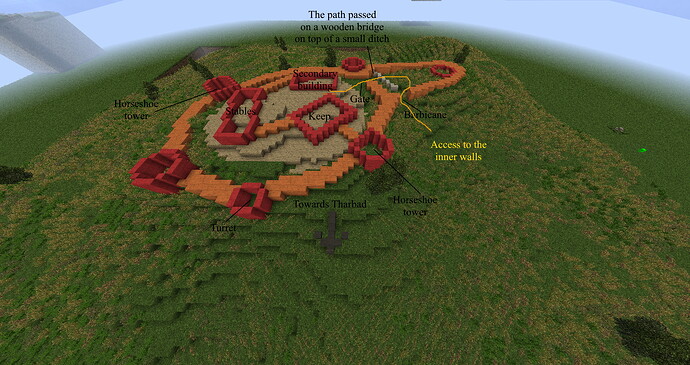 Reference :
-not built by Numenoreans.
-Arnor Ruin Guide and the Forts based on it

Looks good to me. I think that this is far enough north to permit some very occasional Dùnedain presence. You may proceed.

Yeah, looks good to me aswell! 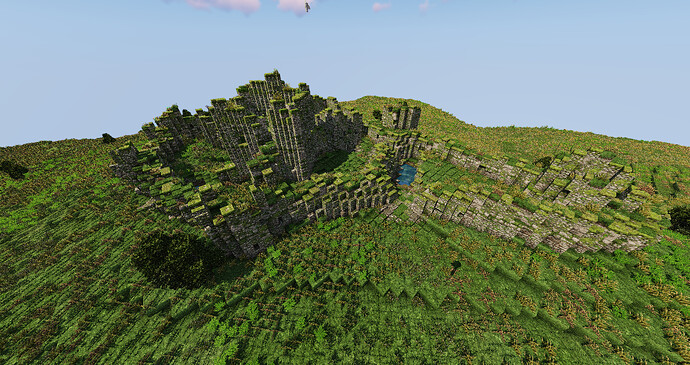 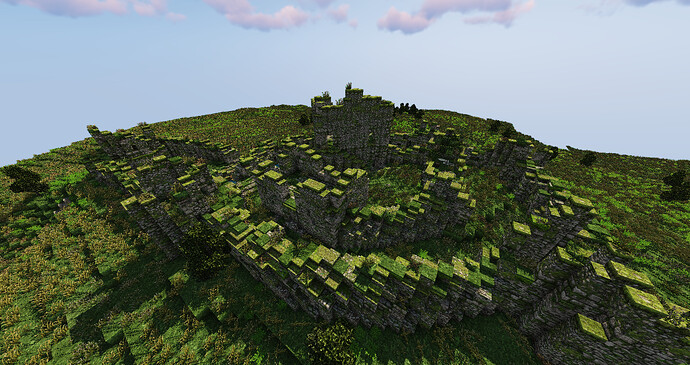 The fort is finished ! Thanks a lot to Cosmic, for the help and cheers to Hearth, Guan and Sun for the WE manipulations at the end.

Looks good overall but I think it’d benefit from a few small tweaks. Firstly the vegetation doesn’t transition too well from the plains to the ruin so it looks a bit like its just been copied and pasted there.

Try to add a few more bushes and brambles in and up against the walls where there would be less wind. Just give it a little more of an overgrown look

Other little things to do are make the little pools brown with biomes and give that little cliff beside the fort a bit more detail.

Other than that, good job

I have added some vines and shrubs and redone the small cliff. I will need a Builder + to come and fix the biomes around the pools though.

I did the biome recoloring for him, and got him to add in some athelas here and there. This fort is now complete. Good work, Yannig!