Lore : Read all the lore noted in the OG Thread.
Location specific lore :
Fort 2 is one of 4 forts that got converted to noble residence and used for defense of the cardolan towns in the Thrid age. 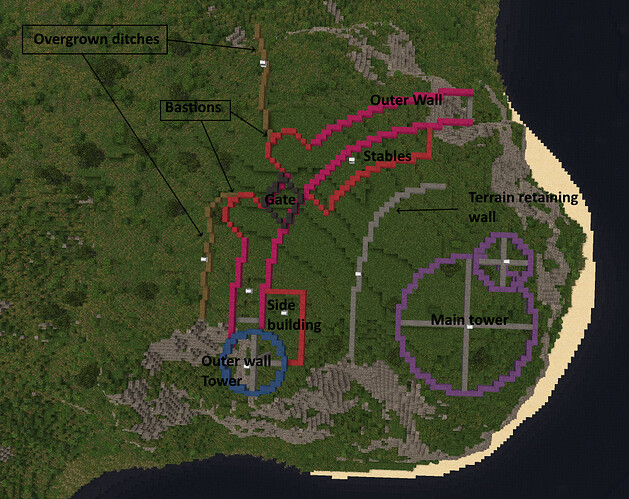 No later additions to the fort like Fort 4 had. just got maintained in the Third age while the fort was in use.

Reference :
Same style fort as shown and made for Fort 4.
Also the ruins made following the arnor ruin guide.

Looks good to me

See no problems with it in the context of the larger project, either. Keep me posted on your progress on Discord and ask if you need anything.