Lore:
“Deadmen’s Dike, you say. So it has been called for long years; but its right name, Barliman, is Fornost Erain, Norbury of the Kings.” -Gandalf

Fornost most probably was founded, around or after the establishment of the realm of Arnor in S.A. 3320 since there is no record of the Númenóreans penetrating so far north before the Downfall of Númenor. After the fall of Sauron, and early in the Third Age, the Army of Arnor marched west through the Fords of Isen and continued north to Fornost.

In T.A. 861, when King Eärendur died, Arnor was divided into three kingdoms. Fornost would become the capital of the new realm of Arthedain at some point; the throne may have lingered for some time in the original capital, Annuminas, after the division, if it wasn’t moved immediately to Fornost. In 1409, when the Witch-king of Angmar took the Tower of Amon Sûl, the palantír was saved and carried back to Fornost.

In T.A. 1974, Arthedain was overrun by the forces of Angmar. Fornost was captured, and King Arvedui fled into the northern wastes and was lost in the Icebay of Forochel with the two palantirs he had saved from the forces of Angmar. In the following year, a fleet of ships from Gondor, led by Eärnur, landed at Mithlond. The Elves of Lindon, led by Círdan, joined the forces of Gondor, the remaining Dúnedain of the North came, and so did a few archers from the Shire. Eärnur fought the Witch-king of Angmar in the plains west of Fornost and defeated the armies of Angmar, but the Witch-king himself escaped.

After the battle of Fornost in 1975 that land was deserted, ‘leaving only green mounds in the grassy hills.’ 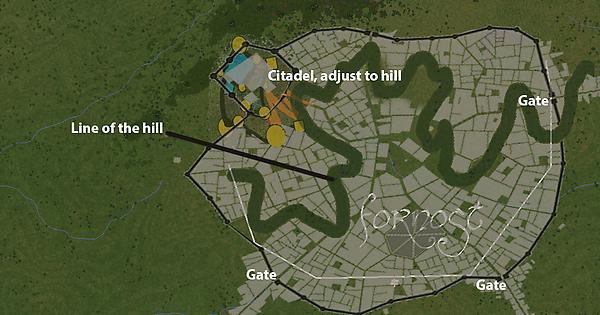 In-game guide: Solo project, may invite some people who actually know how to make ruins.

Terrain: Adjust the terrain for terraces where richer houses would have been, that’s about it.

Reference Imagery:
How I Imagine Fornost in its prime: 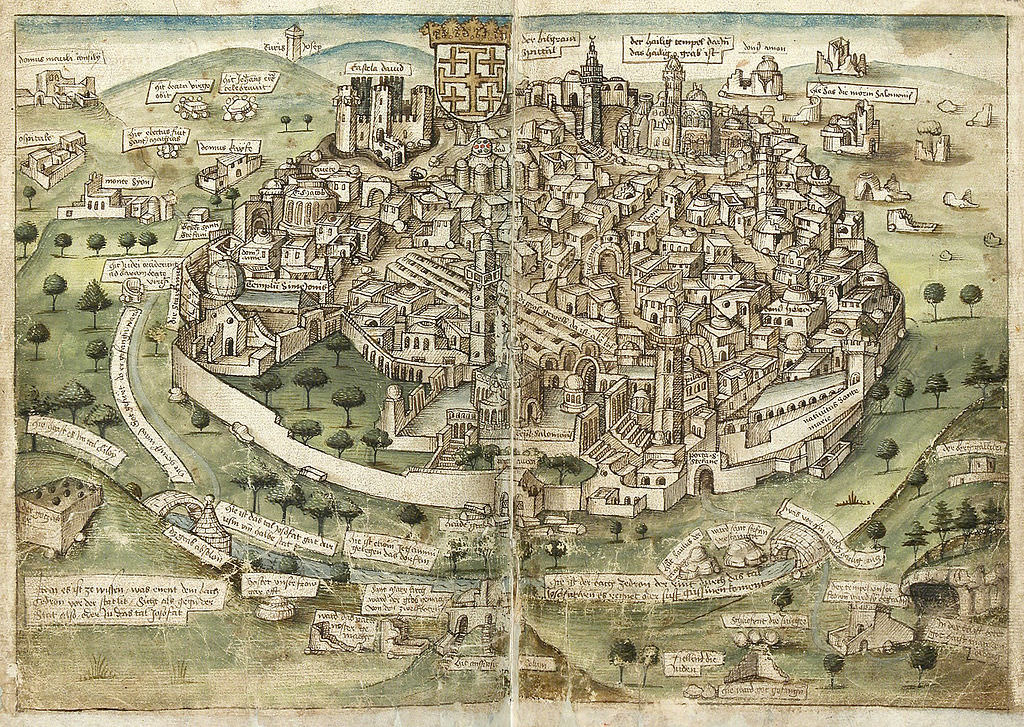 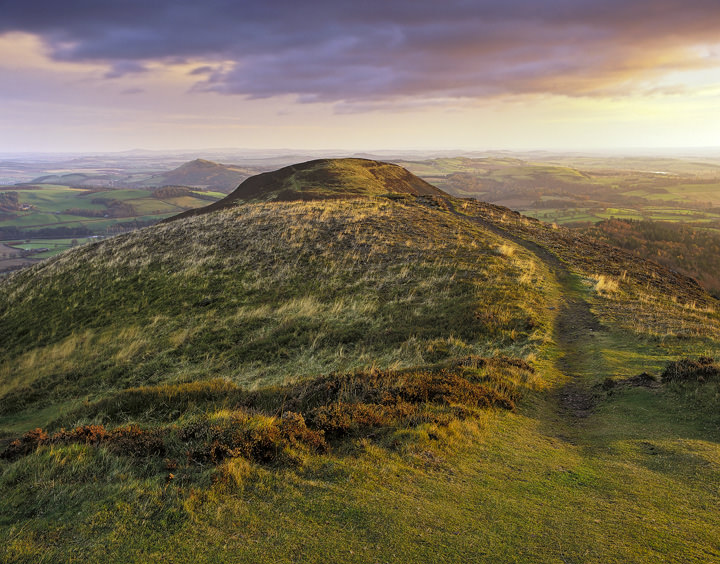 Notice how there’s a clear difference in the two, oh what’s that, you don’t see any ruins? Good. 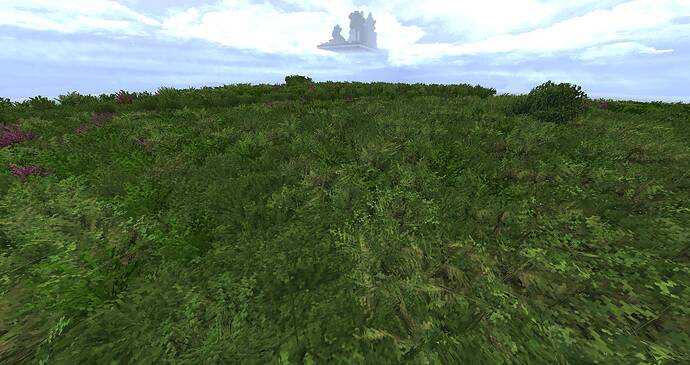 Here’s my concept for mansion foundations: 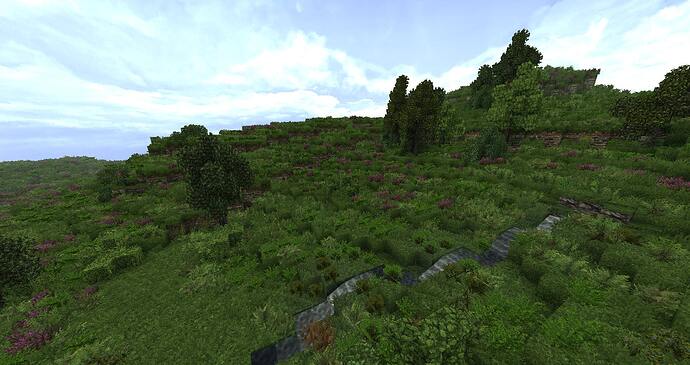 Here’s the my concept for the walls: 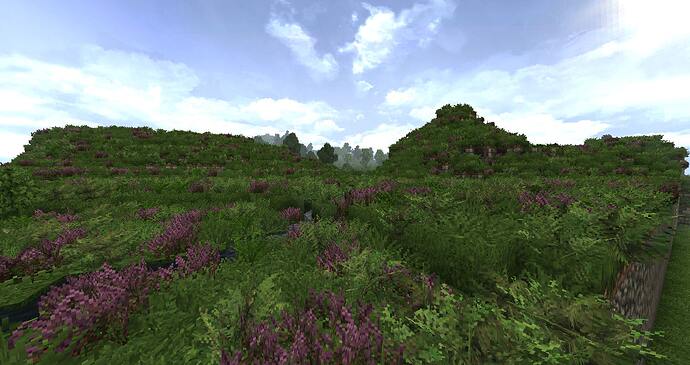 Lore states that all that is left is grassy mounds. I barely need a layout, but it’s there for my personal reference so I can keep track of where I could be building. I like it, but it’s not necessary.

I would put the citadel on top of the hills. Fornost started as a castle/fortress, there is no reason that they wouldn’t put that in the best available position in the area, on a hill top rather than down at the base of the hill.

Layout is improved, I accept this. Need two Overseers

Layout looks miles better, I hope this looks as good as it has the potential too. Accepted

Accepted, have fun and good luck.

I find it a bit dubious that there would be more left of Ost-in-Edhil than Fornost … If that is not the case and the concepts are misleading me, just ignore this.
It also doesn’t seem more fortified than Annúminas apart from the palace / citadel, which is strange considering that its fortifications are ine the name (FornOST) and could be a good reason to move the capital in troubled times, and also looking at the Dúnedain fortification skills you can see at places like Minas Tirith in the South. I think a simple second wall could be nice to add somewhere.

Do you know how to use voxel sniper?

Anyways, I may consider adding more lines of defences, but it’s plenty possible that there originally was only a castle and maybe a wall closer to the hills. As the town grew to a city around it, they expanded the walls. I want to stick to this layout to the best of my ability, but I don’t really have a lot of limits with this project. I can’t honestly say I disagree with the design of Ost-In-Edhil. Fornost will have similar levels of ruin.

Fornost was occupied for months by the armies of Angmar. As the capital of their centuries-old enemy, it’s safe to say they would not have been kind to the city. That’s why it’ll be more ruined than Annúminas.

No problem with that but I was mentioning Ost-in-Edhil

Aye, but it’s difficult to get any more ruined than Ost-in-Edhil without making it completely unnoticeable.

In respect to Ost-in-Edhil, it’s what I’m shooting for as far as ruins. But no matter how destructive the Witch King was to Fornost. No one wipes out a city better than a hell-bent Sauron. Which in Ost-in-Edhil, that was certainly the case.

I am pleased to say that I will be completing vegetation for the walls today, and will be starting in the city this evening. The most intensive work was done in 2 days of working. I need to give a shout out to @wheellee for helping advising me on vegetation and @Lindalher for being my slave labor for a bit.

Well, that was fun. 7 total days to complete, maybe 4 days of actual work. Anyways, work on Fornost is done.

Welcome to the club

I lied, project has been accepted for 6 days, not 7. I’ve been building for 4 of those days. Nice.

Warning, this ruin may cause those with high expectations to be brought to a state of depression. I almost need Glov to take screenshots and make this place look appealing. 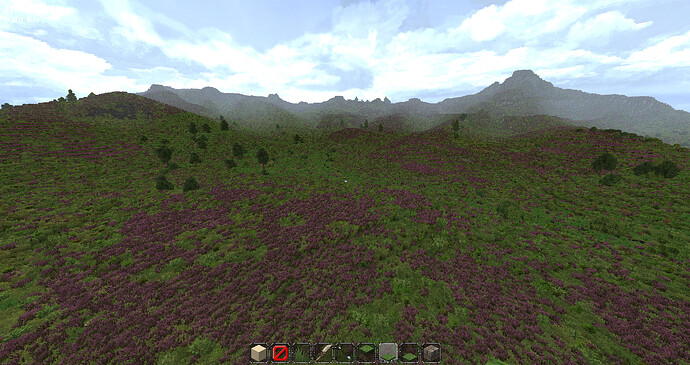 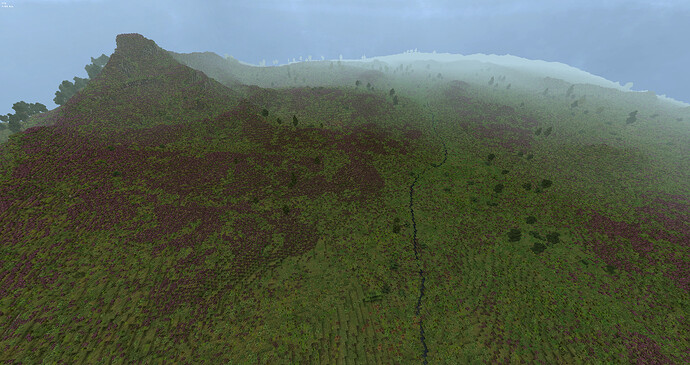