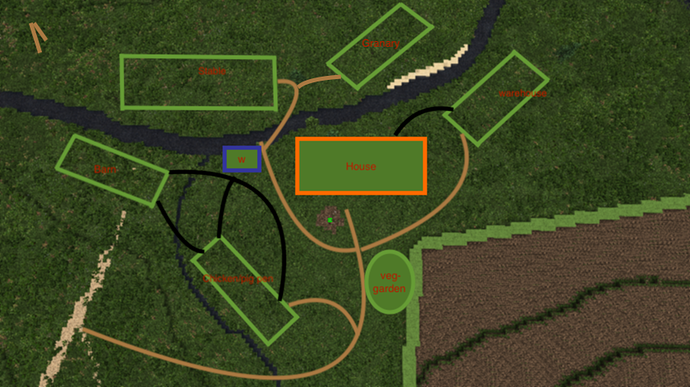 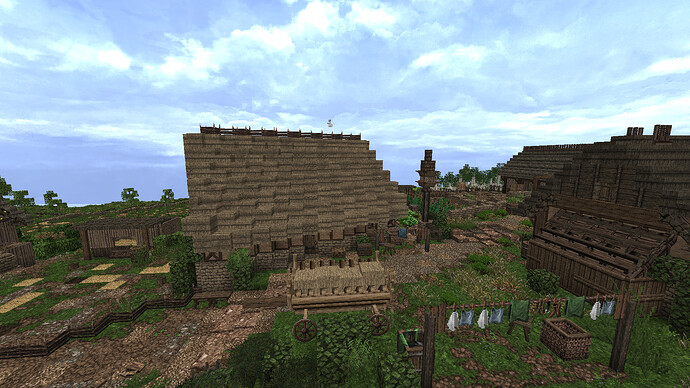 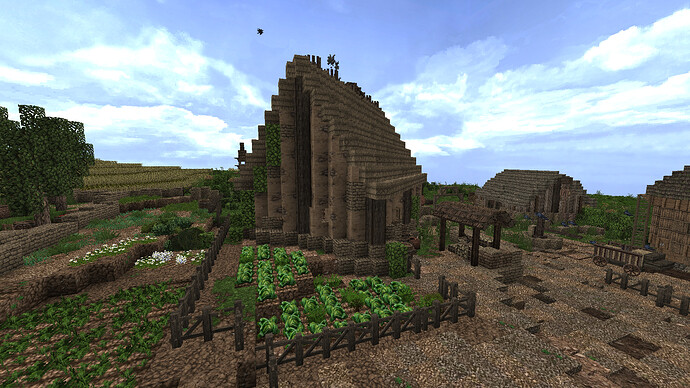 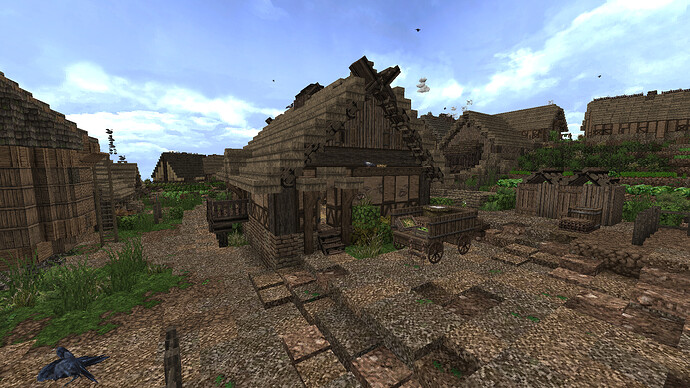 This is my first project so I hope I did everything good, if not please correct me

Not bad! Tho wouldn’t they just have the cooking area within the house itself?

I agree with guan, instead it could be a little picnic table or a place they can gather.

Good idea, I will change that

Quite good for your first app, few things though.

Firstly, the layout needs a lil bit of adjusting. Like what I’ve written in the village 3 thread, try and make the houses follow a certain path or shape around the area rather than randomly splattering the buildings. Since it’s just a homestead though I wouldn’t make it super strict in terms of a linear layout, see /warp fh1 for a general idea. Secondly in a homestead the family usually only lives in 1 house (aka the main hall) at the very most, so I’d change it to one living-house and the 2 or 3 other barns/stables/granary/warehouse. Lastly, nobody really lives in a barn usually so I’d limit it to the animals and a place to store grain and other farming equipment. Otherwise it’s very good, next time you don’t need to plan intricate things like a small tool shack seeing as they’re fairly dynamic in-game.

Keep it mind the 20ish beds. And your deadline is until the end of January.

Accepted granted you apply the above.

Thanks for the tips, I edited the main post.

All finished now, ready for a review.

Looks good! Very impressed with your work. There’s a few things i’d like to see changed before we accept your project however, nothing major probably only an hour or two’s work.

The first is your terrain levels next to the river. Generally when we work close to rivers we try to keep the building/farms/whatever minimum 1 block above the water level. Iirc the rivers flood like 5 or so blocks more at some point in spring or something so since the server is set in September the rivers are not at their widest. So you have a few farms/allotments and what not 5 blocks next to the water level which would all heavily flood every year. What I propose is to either level it all up 1 block extra (which you need to do anyway next the walls of the house)* or remove what you have at the moment and replace it with vegetation or something.

*Here you’ve done it correctly and placed grass along the side of the house to avoid the flooding. My recommendation would be to just do the same on the house to the left of it and anywhere else it may apply. 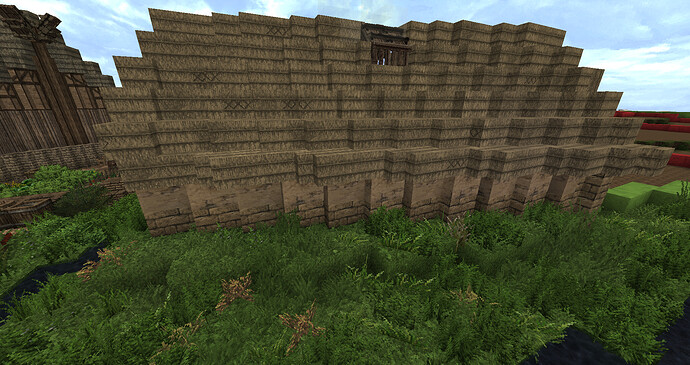 Next thing is you should use thatch in your ceiling rather than lining the whole thing with wooden planks. Not a huge deal seeing as the WF did it literally everywhere but i’d like to change that in the Folde. I made an example house using thatch ceiling with supported beams at /warp FV3, there’s a house with a ! over it for a thatch ceiling example. If you can thatch up the ceiling with realistic supports to keep it intact and blacken some parts of it where smoke will hit it then that’d be bigly appreciated.

Last thing is the path gradients but don’t worry about those, we’ll get to them ourselves in the future.

If you can fix those few things then that would be great. Overall fantastic job for your first project!

Thanks for the tips, I worked on the points you said and everything should be good now.

You haven’t fixed the ceilings properly. You should use stairs for the ceiling and vert stairs for the diagonal ones. Another thing is if you have the space for it but an extra block before using the stairs so it fixes the lighting bugs, helps with too much open air as well. Have another look at the example house.

Check this and it looks great. Good job lolbroek!