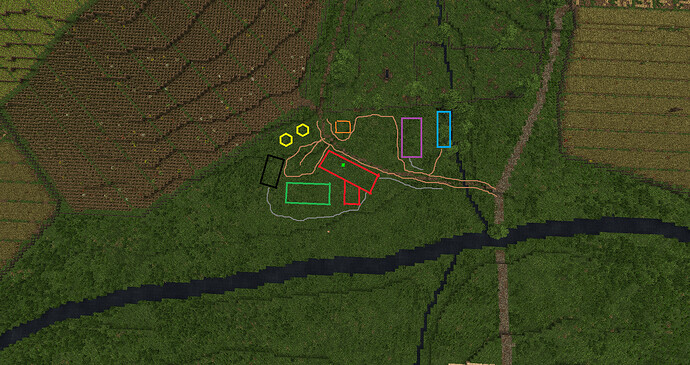 Red: Main home, with attached bakehouse
Green: Allotment
Black: Shed/ wood store
Yellow: Silos, for the barley in the neighbouring field.
Orange: Grubenhaus (entrance east)
Purple: Brewery (using that lovely barley. Presumably there’s hops someplace too. Failing that, Alternatively, using the silos for wheat, and adding some beehives to the south side of the allotments, and making it a meadery)
Blue: Washing area, clothes hanging between the trees etc.
Brown: Widen road up to homestead, and make a yard between the buildings. Possible chicken coop near barn.
Grey: Walls/fence. Probably fence, given the surroundings, but I’ll see what it looks like when I get to it. 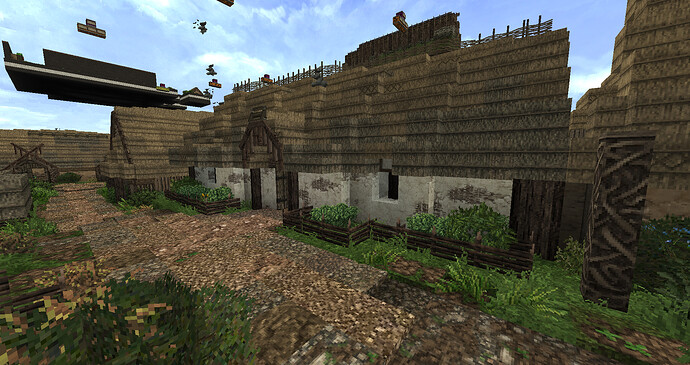 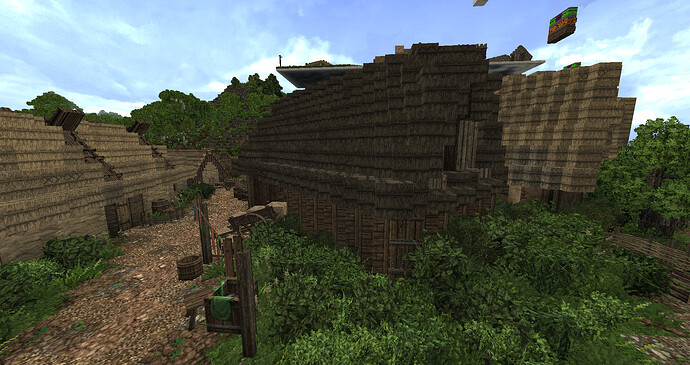 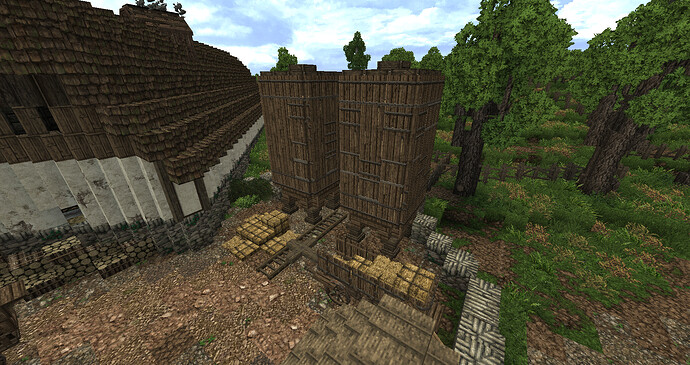 Hey, you may need to rework your layout a little bit. I think the red building should not have the side attached section and instead should be one long hall. I would highly suggest going to /warp philhome and taking a look at the homesteads along that path north and south, those are all prime examples of homesteads. Also the style will be slightly different from Aldburg. The idea for the brewery is nice though!

I’d suggest you look into the Anglo malthouse complex found at Sedgeford, which is one of the oldest breweries found in the UK. You’d need kilns and a separate malthouse where they lay out the barley. Regia Anglorem also has some good info on the subject: https://regia.org/research/life/brewing.html 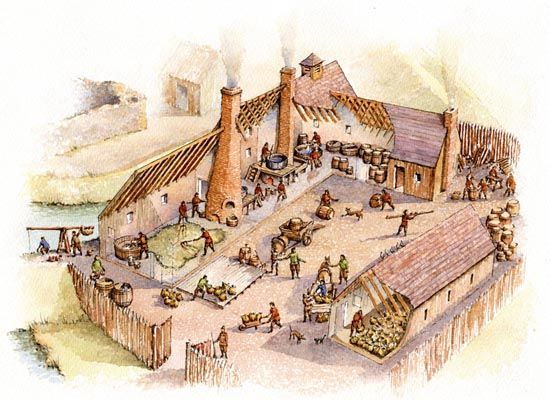 Similar processes can be seen here in a brewery from the 1400s, the Anglo Saxon one obviously not having a chimney 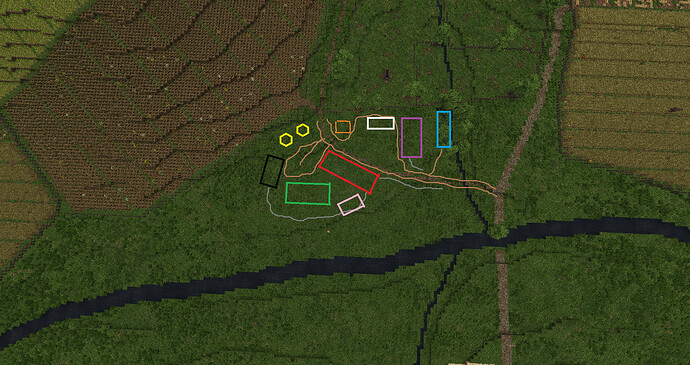 Moving the bakehouse off the main house, and rotating to align with existing terrain. (pink)
Adding malthouse, seperate from the main bewery (white) 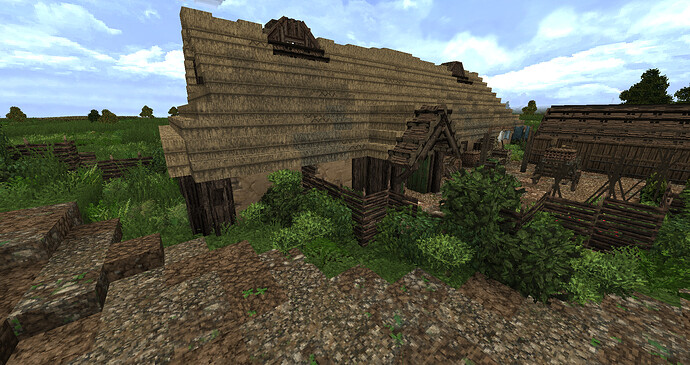 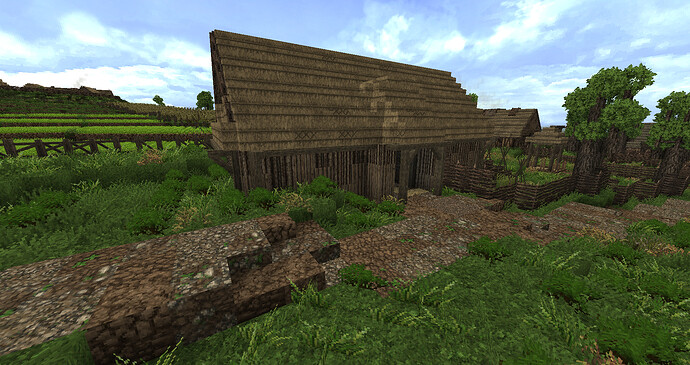 May swap the materials around, making the house of wood and brewery buildings using clay.

Also made a quick mockup of various brewery stuff 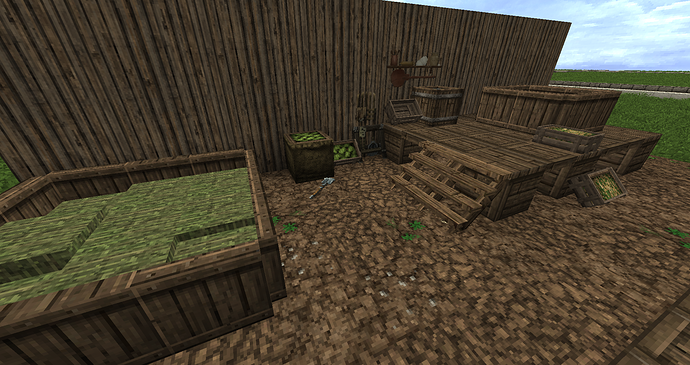 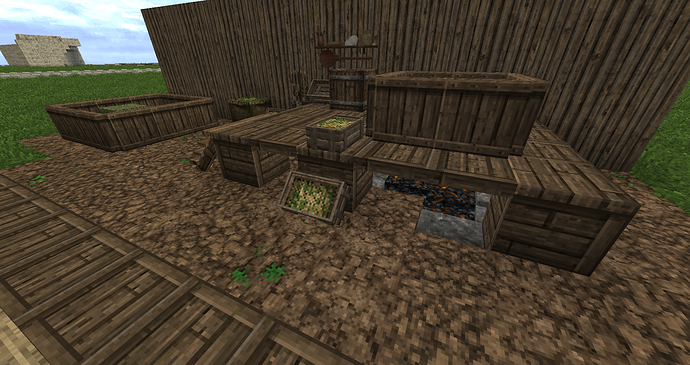 If the project leads have nothing to add, I think you can start the in-game planning with wool and have it finally reviewed before you properly start building.

Looks good – you can probably just get started building just don’t be afraid to ask either me or another overseer or Whe for advice/criticism. Good luck.

So, I’m pretty much done, but in the interests of getting it spot on, can folk stop by and take a look please?

And leave a comment if you spot anything that can be improved on.