Lore: [After the war of wrath where Nogrod and Belegost( the houses of the Firebeards and Broadbeams) were destroyed the remaining residents of Ered Luin split, some decided to remain in Ered Luin and rebuild new settlements (and some suspect they began to rebuild Belegost) whilst others left Ered Luin and joined the Longbeards in Khasad Dum.

By the middle of the third age the remaining dwarves of Ered Luin seem to have mostly moved to the southern blue mountains however some remained in the north where minea will be.The dwarves of both areas traded with Lindon ,Eriador and Durin’s folk.

After this Khazad Dum was abandoned when the balrog was woken and the dwarves from Ered Luin and some of Durin’s folk returned to the blue mountains speeding the rebuilding of the area. Following this in the war of the dwarves and orcs we can assume that soldiers were provided by the blue mountains like the other dwarven realms when thrain called all the houses to help in the war. Following this the survivors returned home and in the next the Firebeards and Broadbeams, now swelled in numbers by Durin’s folk as would continue for a few years more. The dwarves continued to trade mostly in iron however most if not all of Durin’s folk left after the happenings of the hobbit when Erebor was again taken by the dwarves. The remaining dwarves have so far managed to live in Ered Luin without further large problems but are slowly diminishing at the time of the server.]

if it is ok with you I have a different more geometric style of architecture that i would like to use if i have your permission, it is more angular and i think it matches the dwarves quite well personally.

Fornad wants Kiz to be in charge so Kiz is in charge now.

I never said that. I just said I want you two to co-lead.

Sorry, I inferred that you wanted me to lead it. Just misunderstood what you said.

It all seems fine to me. From that layout, I assume the population (100-150-ish?) and size will be small, and most of the mine will be poor/lower-class (Kiz or blocks, do correct me if I’m wrong). From that, I can say that their designs and concepts look good and make sense, though the lower-class houses should look more carved and less built out of the rock, so less dwarven blocks should be used. Also, I don’t think connecting the main settlement and the mining tunnels with an elevator makes sense for a small settlement like this. I recommend shortening the elevator shaft or removing it entirely.

As such, I’m fine with it all. Guan might have more to say, though.

I am fine with the overall style, tho try not to make it as fancy as Bizar-Filatin.
I think it should be more of a large mansion with mining tunnels that provide stuff to Thorin’s Halls than an actual settlement (this is my opinion on any northern Ered Luin settlement that is not Thorin’s Halls or abandoned).

Thank you for all the feedback and I will ensure we take it into account.

Should we just have the mining tunnels spreading out on the same layer as the rest of the settlement instead?

Should we just have the mining tunnels spreading out on the same layer as the rest of the settlement instead?

That could work, yes.

As long as you take the feedback into account, go right ahead!

Have them start at different levels, could have an elevator, tho a more simple design.

All done! Well done to @blocks119 and @Kizaura

Fornad opened this thread cuz we noticed (as in mineB) A lot of problems with this mine. For example: Design problems like Flat walls 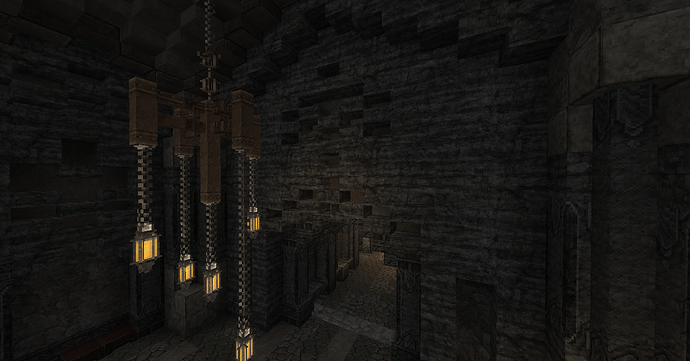 2017-05-31_21.18.24.png1366×715 827 KB
,pillars, mineshafts, caves and more! No offense to Kizaura and Blocks though :).
Their are also much lay-out problems: the entrance is blocked by a fireplace so no traffic can enter the mine.
We also noticed bugs with creativity, like fill up empty places with crates: 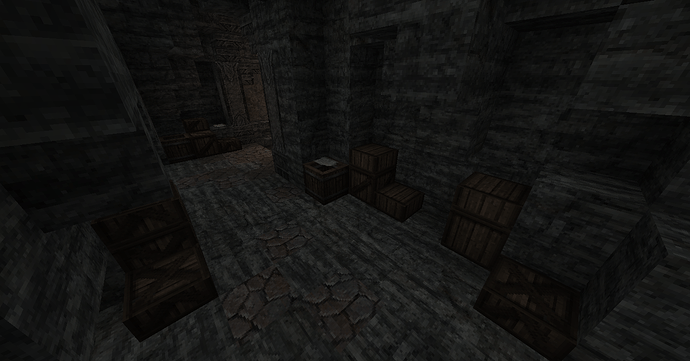 MineA’s main issue is the layout by it’s very core. The settlement just needs a redo, which tbh would take only a few hours of work.

Has this been worked on yet? @Guan

Not yet, want me to begin after bizar’s final check?