Lore: “However, in the meanwhile, walking was not unpleasant… The woods in the valley were still leafy and full of colour, and seemed peaceful and wholesome. Strider guided them confidently among the many crossing paths, although left to themselves they would soon have been at a loss.” 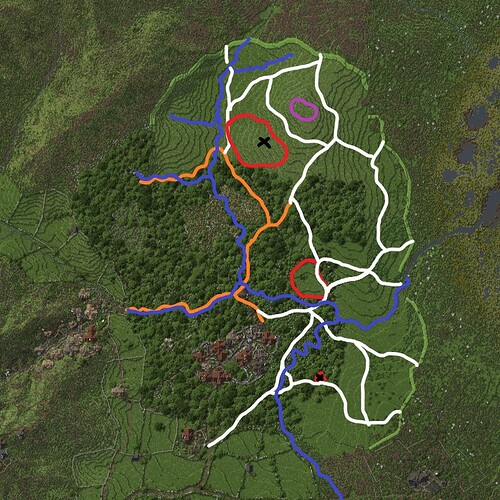 Aside from a small birch grove (marked in purple), I will continue to use trees currently present (oak, ash, hornbeam, beech, maple and yew). 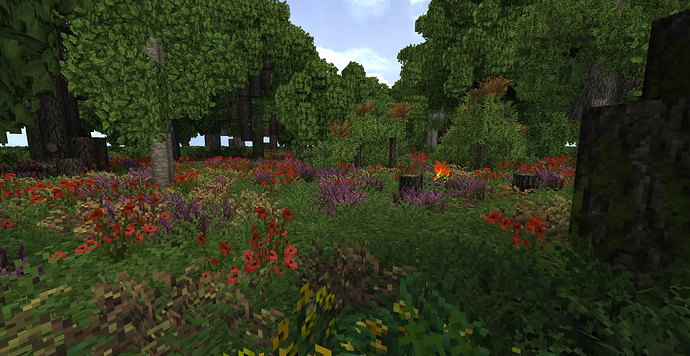 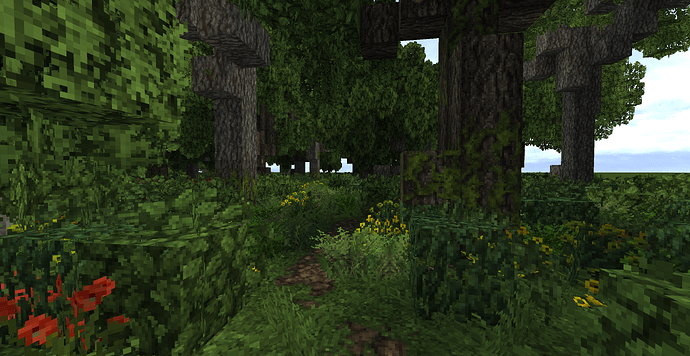 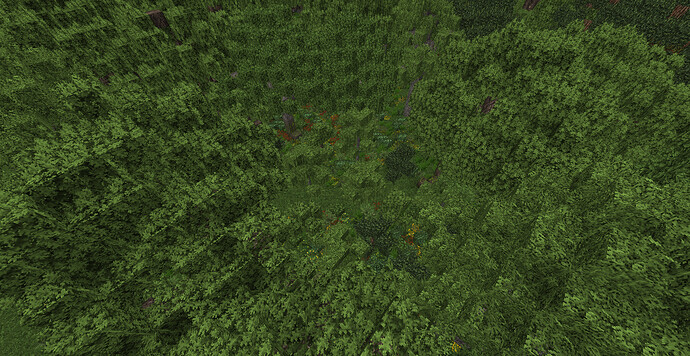 Other notes: One important feature of a managed woodland in Medieval Europe is the use of a process called coppicing. Basically, the majority of the forest is fully-grown trees, used for timber. There would also be much younger patches (or copses), used for firewood, scattered throughout.

Agreed on this point. This application doesn’t show how you’re going to make the forest look, or what thought you’ve put into it.

This is a woodland managed in a medieval style. Find out how that would differentiate it from a natural, unmanaged forest.

Indicate what kind of tree and plant species would grow, and in what areas. Where is the overhead plan?

It’s a small area, so you have the opportunity to add some cool details (like the rocky outcrop that already exists). List some!

Would love to see some varied looking paths in the Chetwood, not only dirt ones; the book explicitly mentions “the many crossing pathways” and the wood being so small and in Breeland, i would see it being relatively ‘colonised’.

Sorry for the delay. Some unforeseen IRL things came up, but I’ve now updated my original app.

@Natanyagrad I got the impression that Rangers were the only ones who frequently use the forest. The book specifies that only Strider could successfully navigate the paths. I could be wrong, though.

I don’t think so. It’s said that Bill Ferny couldn’t follow them - but he lives in Bree. Archet is in the south of the forest and it would have been heavily managed and used by the inhabitants of that village.

In that case, I could probably use some of those ideas.

Cool - I’d like to see a few more ideas for unique details, and also a small patch of forest you’ve made yourself on freebuild that shows how you want the forest to look in-game.

Some ideas to show habitation:

Keep in mind poplars were also really common in the already-established Chetwood - this should be carried on throughout. For the remaining Chetwood your goal for both undergrowth and tree choice should be to make it as similar to the old Chetwood section as possible!

Sorry this has fallen by the wayside slightly - accepted!

Any builder+ is welcome to help with this project, but PLEASE message me before you do anything on it. Thanks!

Nearly everything is finished, but there may still be some trees that got messed up with WE. It’d be a huge help if I had some builders to do a final check. It should only take 20 minutes, if that.

Thanks to a lot of painstaking help from @eag_inc, @Neverlegendary and @Whickery_Dickens, all of the trees have been fixed. The forest should be finished, if an Overseer wants to check it.

I’m really liking it so far, but i feel like there could be some more obvious signs of logging, and maybe even a denser network of paths. Check out this picture to give you an idea of what i mean: 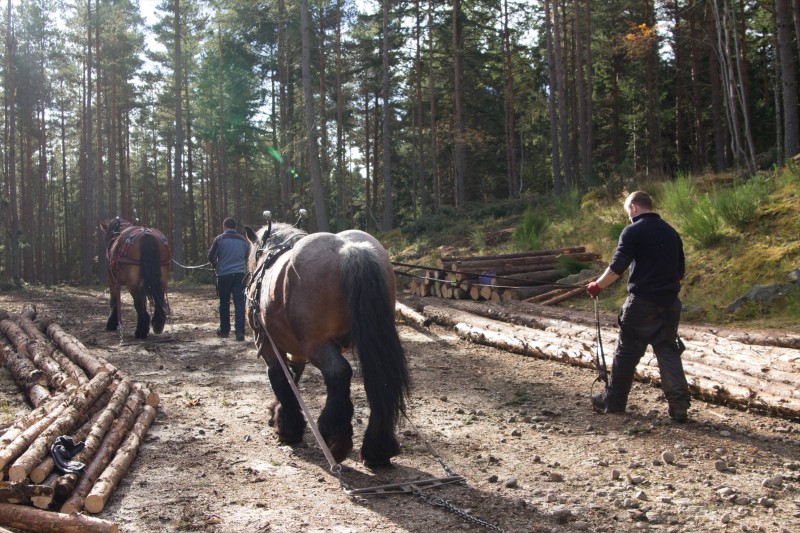 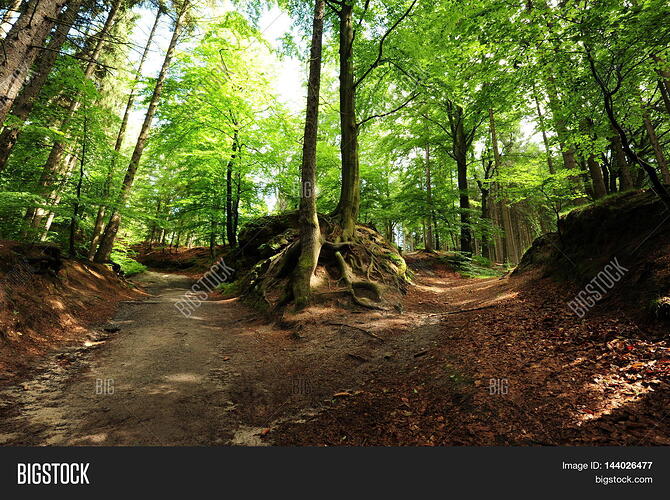 Lastly, you could consider adding some fallen trees with mushrooms on them

Isn’t it supposed to be leaves below trees?

Hi Lind, I have checked the logging areas, and they are not quite what I meant for you to do. I am including a picture of what I think would look best, but obviously you wouldn’t need to make it birch, just make it look like the trees that are most common around the clearing. It would also be good if you added some small/thin trees around the edges of the clearing to make it look like they are re-planting the trees they cut down. 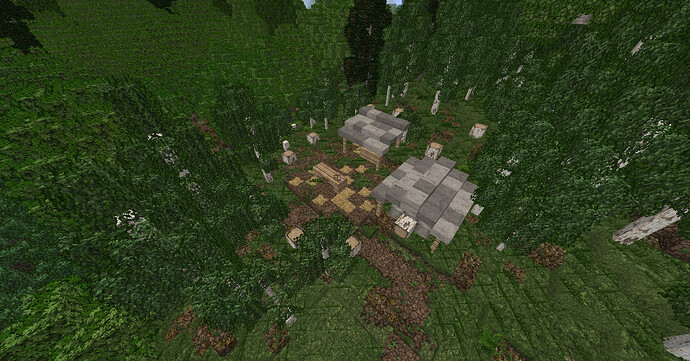 Ok, that makes more sense. I’ll be on in a few hours and fix that.