Lore : Same lore as Cardolan towns. Copied verbatim from other thread: Constructed by Arnorians and abandoned due to plague, war and floods. See main thread for more lore stuff. the layout you will get to see next represents only the center of the town it was once. There used to be more houses around that. (Low class and wooden houses). 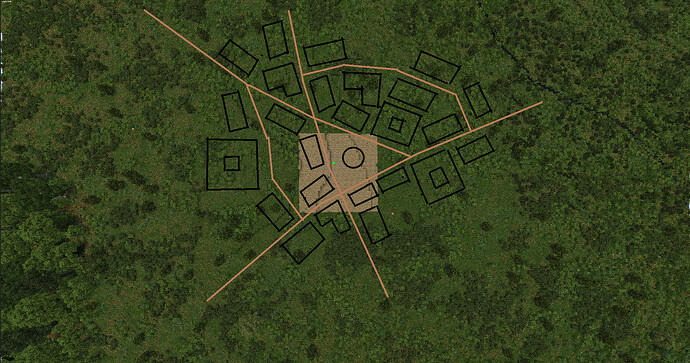 In-game guide : See Forvenathrad and Tavorrhyss concepts of the houses.

Is definitely not open yet.

Looks good overall, but the only thing I’d make amends to is making the layout more strictly gridded and less random, and transitioning the layout outwards a little more rather than the abrupt start/end you have atm. The city center would still stretch outwards a bit more anyway.

Other than that it’s all good. Accepted and ready to go granted those edits are made. Cheers

The thing to remember with these towns is that a) their inhabitants were larger than average and b) the stone remnants we see now would be the houses of the rich. At the moment your house layouts aren’t much larger than a Rohan house, so they need to be quite a bit bigger. See Maethoriach for reference. 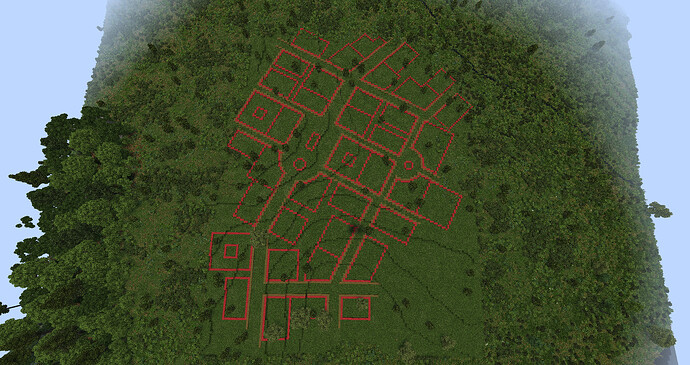 So, expanded the whole footprint a bit, and rejigged it for a more gridlike feel, while keeping a couple of angled roads just so it’s not all in one direction.

Awesome. Chuck in a ruined tower or something just to add some more visual interest and you’re good to go

Right, CTown3 is now open, for the first time, definitely.

This project is complete.