Lore
There is no specific lore for this project.
Celhant is a Sindar village located next to a river and surrounded by a forest. The closest other villages are Nand Calen (also from the Sindar), Rîndôr (Nandor).
In this village the elves have already left and so the houses and fields will be overgrown. The basic style and shape of the buildings will be like Mithlond and Harlond. But because it’s located in a forest the difference will be that the buildings will consist of more wooden elements. In this village I would try to make a lot of houses orientated in a different than usual way.

Reference Imagery
Image 1
This image illustrates how I would like the village to be connected with the river. A couple of houses will be directly next to it.

Image 2
In this village there is just one main road and a small bridge to enter the village, just like Celhant will be. 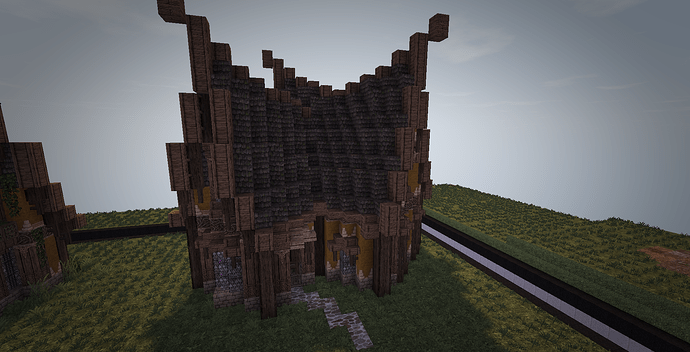 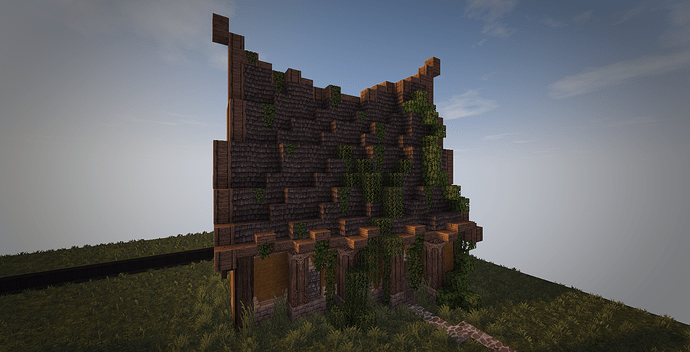 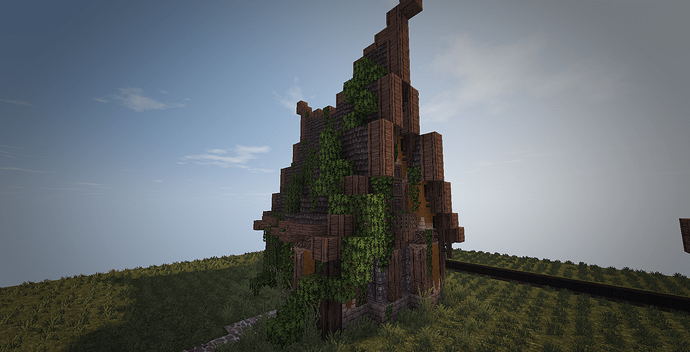 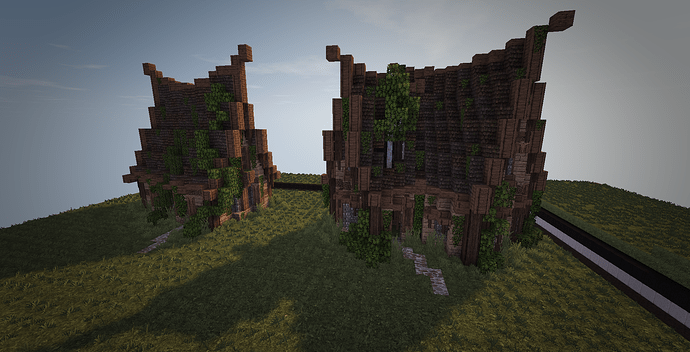 Looks nice so far. I would love for there to be a sense of the forest ‘taking back over’ the village - with smaller trees growing in the fields, and maybe the most ruined houses to be roofless with trees growing out of them. Would be really cool to explore.

I didn’t assume it was so long abandoned. But that sound really good. Do I need to change my application for this or can I start and add those things in the progress?

We can imagine it’s been abandoned for around 150-200 years.

You don’t have to change your application for that, but I’ll wait and let other people post their thoughts first before accepting it.

I think it would be cool to have a row of wooden houses on stilts along the curve of the river-it could possibly flood its banks during the spring months. Perhaps some of the roads even being wooden causeways with elements similar to the one in the wet forest west of Harlond? Maybe even not make the settlement take up the whole glade as well. Going with fornad’s idea, the forest could have taken over around half of the village, with the side closest to the river and perhaps the intersection of roads being the least broken/old-looking?

Maybe make the abandonment slightly more recent,and clear small areas where they would have harvested lumber and place some new growth (sapling) forests?

The row of houses along the river was sort of my plan (see reference imagery). But like whe said I changed the houses, now they consist even more of wood instead of stone (see extra screenshot).
I think it’s good to let the settlement almost take up the whole glade and so the houses close to the forest would be much more overgrown and deteriorated. In this way the forest and village will blend together.
Wooden roads don’t seem a good idea to me, if the village is long abandoned, there will be not much left from those.

Personally I think it’s more interesting to make the village long abandoned instead of more recent. But I could make just one house re-inhabited by somebody else.

Looks like you’ve put some good thought into this, and the community has had its say.

Alright, I will start with it today (:

The layout is ready. Anybody who wants to help can warp to Celhant. Above Celhant there are instructions and example houses.

The two houses that got marked with the green wool are not really up to standards. We try to be as realistic as possible, and these houses lack alot of that considering how old it is all supposed to be.

Alright, thx for the feedback. Would you like to help me to change this so I know how make the other interiors?

Guan, what where the remarks on the interior of the houses? I asked some other builders but we could not see what really needed to change.

A little hint I would suggest regarding the roof materials;
Try to make them completely grey (green slate roof block, but the texture is grey wood shingles). If it was abandoned for 200 years like you told me ingame, there wouldn’t be many brown shingles anymore, if any at all. Another cool thing you can add, since all the roofs are evidently made of shingles (this would be applied for Harlond as well) is this:

Wood shingles are thin, tapered pieces of wood primarily used to cover roofs and walls of buildings to protect them from the weather. Historically shingles were split from straight grained, knot free bolts of wood. Today shingles are mostly made by being cut which distinguishes them from shakes which are made by being split out of a bolt. Wooden shingle roofs were prevalent in the North American colonies (for example in the Cape-Cod-style house), while in central and southern Europe at the same ...

200 years was indeed what Fornad mentioned, but in that case almost anything in the village would be gone. My building style was something closer to ~100 years. That’s why I try to adjust it to looks like ~100 abandoned.
But I will take an extra look to the shingle color anyway. Maybe the top and bottom should be a different color.

No I’m saying all the shingles would be grey. The reason a lot of places have brown shingles is due to constant re-shingling due to moss, wear, and tear. If it hasn’t been re-shingled in like 100+ years the roof would just be entirely grey. I’ll probably be making mossy variants of the grey stuff you can use soon, so it won’t be completely boring ( and so some roofs don’t have massive amounts of ivy, and you can rely slightly more on the texture side of things, as large thick ivy on roofs isn’t as common as moss on roofs irl).

Super excited to help with this project!

There is quite some work done already. But still stuff to do, especially the interiors of the houses. Some builders started a house but never finished it. Feel free to complete them, otherwise I will do that somewhere. At this moment I am updating everything with the new blocks (they look awesome).

What’s left now? It looks pretty close to done to me.

There are still a few things to be done:

For the last two points I would appreciate the help from a builder+.
I think I can finish the village this week.