Private or Public : Semi open, see the guide IG or PM me.

The town was founded around 1 and 411 of the Third Age near an old numenorean fort guarding the Greyflood. The elevated position near the river and the fort made the area perfect for a settlement and the village quickly grew wealthy. Eventually, the fort that was transformed as a fortified mansion was not enough anymore for the local lord and a palace was built next to it.

Like the Gondorian towns during the next millennium, Casthenid evolved into a more grid-like town and got a Cardo Maximus and a Decumanus. The town kept growing and old buildings like the theatre and bathhouses were embellished. The palace got bigger as well.

As time went by, the expansions were less planned, more random and the buildings of that time were mediocre. The war against Angmar pushed most of the inhabitants to flee the town. The Great Plague of 1636 decimated the last persons who lived there.

Many centuries went by and no soul came back. In 2912 the great flood of the Long Winter completely erased the lower town and harbour.

According to the Greyflood/Gwathlo Fort and Town Ruins thread by DarthEnigma on the forum :

According to the Gondor Architectural Epochs doc and if we establish a parallel between the two kingdoms :

The architectural epochs that interest us :

Taken from the Gdoc almost verbatim.

Some places on the slopes will be flatter than what the planning shows.

-Founded by the Arnorians and later occupied by the kingdom of Cardolan until the Great Plague.

-Gondor Architectural Epochs have been heavily inspired and adapted to Arnor for this project.

My only thought is that the terrain is quite steep in a few places. I know you’re going to flatten it out a bit but it will still be a factor.

I think the best way of dealing with this, on a house by house basis, is only showing the walls that are lower down the slope. The upper slope would have been covered over by this point with dirt etc, like this: 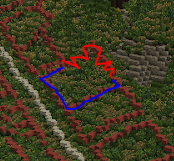 I’d like to see a concept of this before the project is approved.

I really like the layout as well. Maybe the retaining walls feel a bit too monumental in some places, but I guess it won’t be too noticeable since it’s all ruined.
The only thing I think you could rework is the theater, which could be more integrated with the natural terrain. Imo you should find the best spot for it terrain-wise and locate it accordingly, even if it breaks up with the grid layout or if it is slightly outside the city centre.

@Fornad Sure, it’s a good idea, I will do a concept this week end.

@MrBanana Yeah I know the walls look too big in some places witch is why I ruined a corner of the theater’s platform and I will add some damage to the rest of the walls too.
For the theater in itself: Well… Yes I realized a bit too late that it would have been more logical to put it in the side of a hill but at this point I already built it and I admit that I felt too lazy to erase it and placing it somewhere else. If that is a big problem, I will displace it. Let me know what you guys think.

Some questions around the ditches i made for the fort. Seeing ur planning to have walls connect to the fort in an added outer bailey like thing. Is there still need for these ditches? Or is there a point to have walls going all the way up to the forts walls in the first place seeing the terrain?

You are right, those walls are not necessary, I will erase them. As for the ditches, they would look out of place now that the front of the fort is part of a bailey protected by an outer wall almost as thick of the forts wall itself.

Sorry to destroy your work Luc

Btw @MrBanana I decided to move the theater in a slope north of the ruins. Will update as soon as possible.

I have made two concepts.
The first one is very simple, there is almost nothing to see, the walls just disappear in the hill. 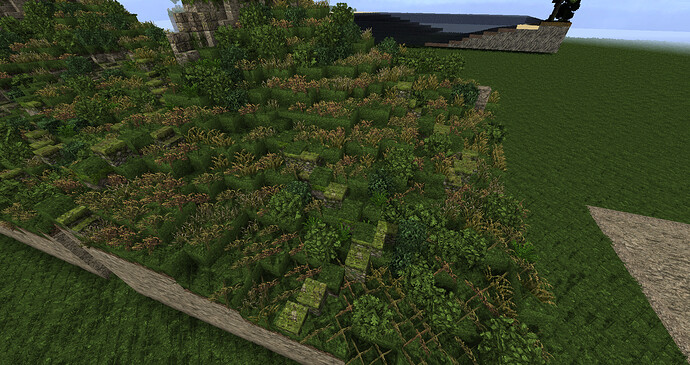 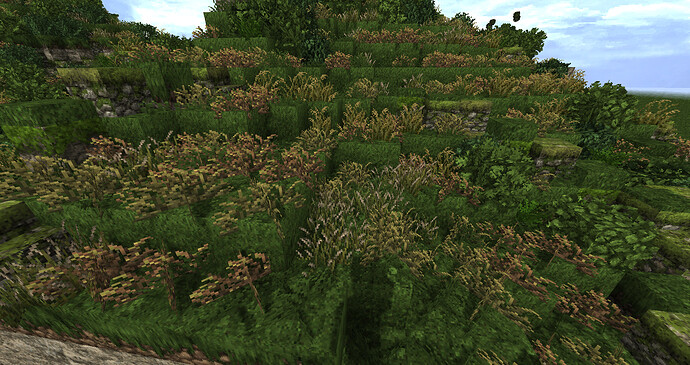 The second one has the wall still visible under the grass and has some rubble to show occasional landslides. The ground has been slightly lowered to make that effect. 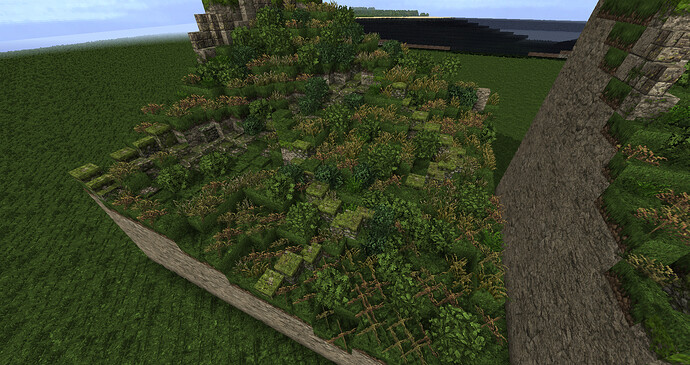 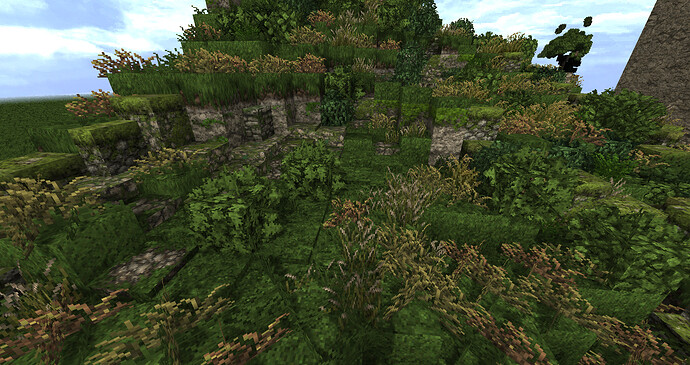 I would personally choose the second concept but let me know what you think.

Okay so after an afternoon here is the update:

I changed the location of the Theater to be more logical 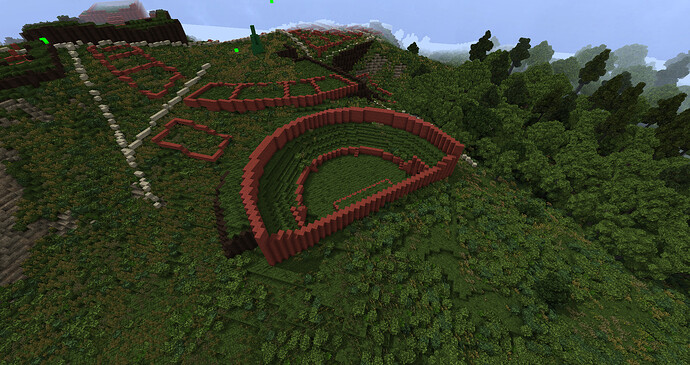 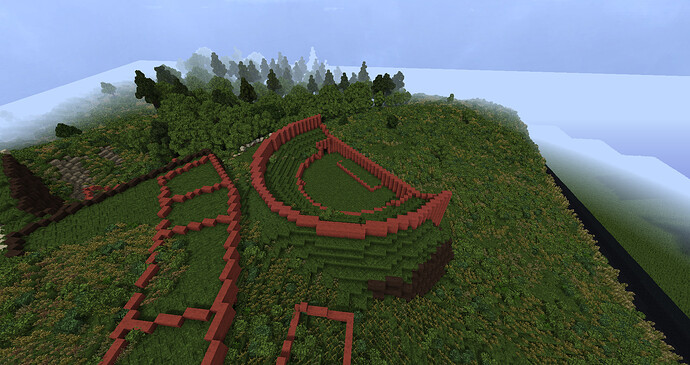 I have removed the walls where the cliff was steep enough: 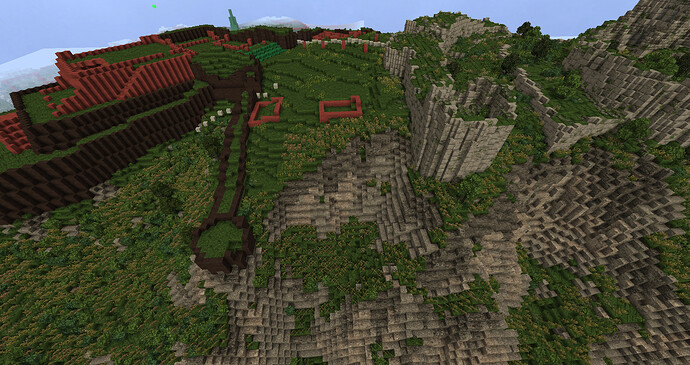 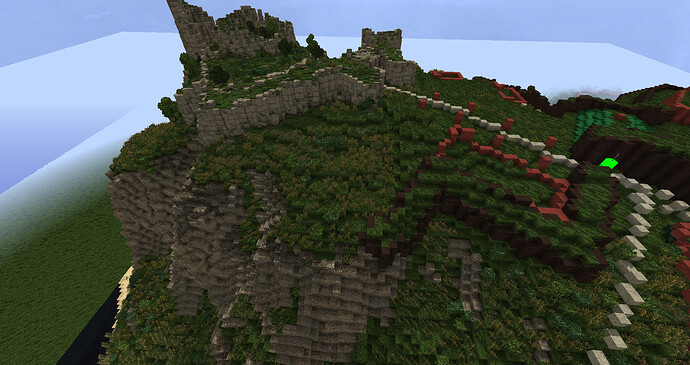 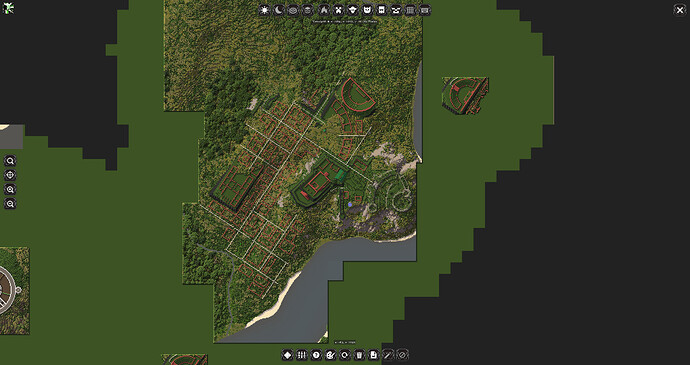 The second one is definitely better, good job

On the theatre - wouldn’t they use the river bank to do this? 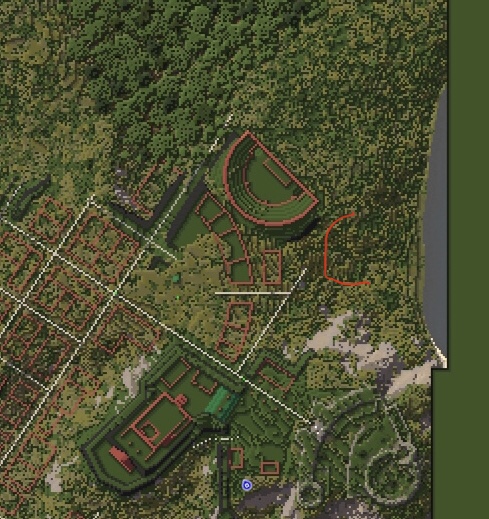 Would seem to make more sense

Near the docks ? Hmm… I did not want to have it too close to the river as it was subject to floods and I wanted to avoid putting any important building near the docks to better separate the wealthy town center from the workers districts.

Plus I moved it once already! ^^

The location Forn suggested is pretty high up the bank, so floodings would not be a problem up there. Also, classical theaters were often located in order to have a nice view in the background. So that spot should work perfectly in that sense.

I have another point to make. Now that you moved the theater, the old location still has that huge retaining wall. Is that really necessary? I mean, you could split it into two much shorter levels, or even more. Looks very unnatural atm.

Definitely agree with Forn here, I’d even put it facing the river and then have a flat stage area alongside the river but a few blocks up. No need to have a wall behind the stage imo. Basically a mix of these two pics. 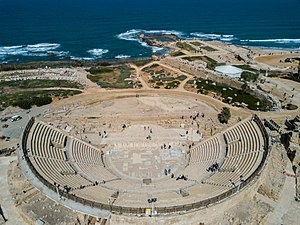 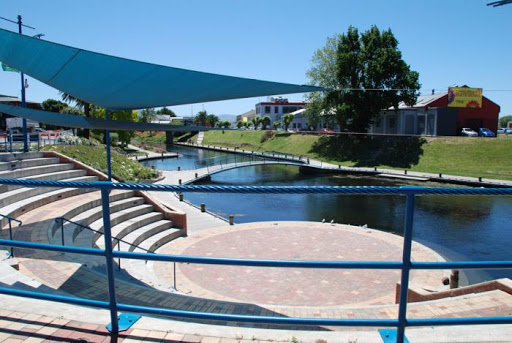 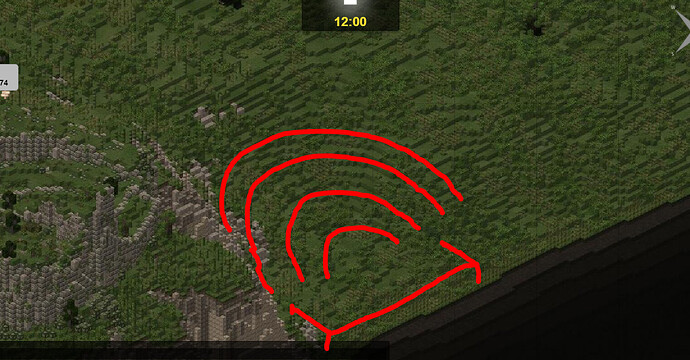 I will change the location of the theater but is it really right to put the stage next to the river like that? What about the centuries of floods? I said that I would not do any quay because the floods would have erased it so it bothers me to make the theater that close to the river.

The required edits have been made and the project is now approved. Good luck!

I am starting to open some houses for those who want to help me. There is a guide on how to do them at warp Casthenid.

411-1240 TA : Architectural development/beautification period. Palaces were expanded and grew in power in this period; older city centres were embellished and new cities were expanded with grid format. Architecture skill was most likely still top notch due to Minas Tirith probably gaining its black wall around this time from excess material while carving Orthanc several hundred years prior. The Egyptian style develops into something more Cretan, Greek/Roman elements creeping in with the assimilation of new peoples into the empire. Etruscan architecture enters the fold with the assimilation of Andrast and Blackroot

What about marble columns to better show the embellishment period ? Would it be heresy to add marble columns on the propylon ?
The old doric columns of the Second Age and early Third Age would still be big slabs.

We have them in Annúminas so I don’t see why not.

So it’s okay for the propylon too ?

If it looks good, sure!

Project done! Thank you to everyone who helped especially Rob for the vegetation and Olaf for his proficiency. 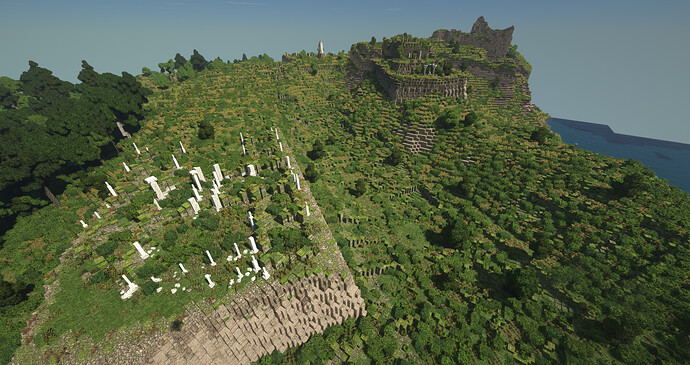 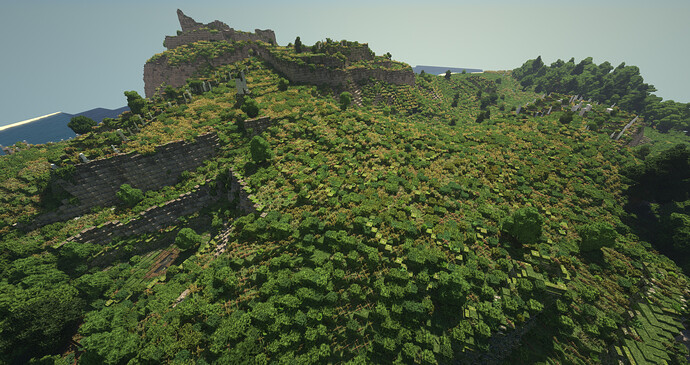 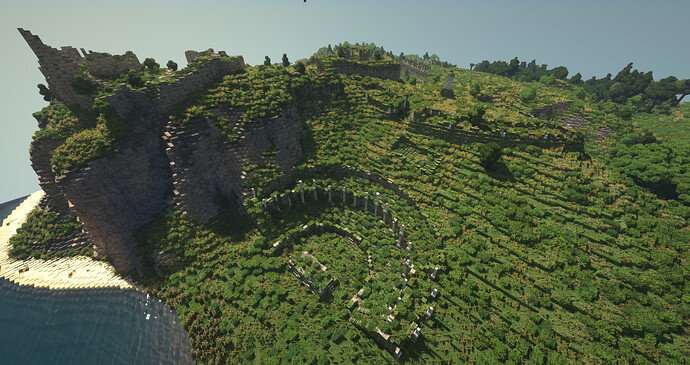