How did you find out about us: I vaguely remember this server and something whit dukonred

Where are you from?: Netherlands

Are you in our Discord? Do you understand that you must have Discord running at all times when at your computer, and that you must check the forums every few days?: Yeah (discname : SomekindaFruitcake)

Why do you want to help with this project?: i dont like my social live so i dont want it anymore

Which Tolkien-related works have you read, seen or listened to?: Watched all movies extended edition of Lort normal version of The Hobbit and read all three Lotr books and the hobbit Lorien style house (Beat told my it was to big so im aware that it indeed is to big but i was so far in the building process that i didnt want to destroy it all. and i figured it was more about the style of it. of course im willing to build a house in the right size if that is needed.) A house i made in TH before my “retirement” (dont know if im allowed to use it for my re-apply but i put it in just so its there if needed.) Are there any styles that you excel at? Any styles which you have difficulty with?: I always liked building in dwarven style and im quite comfortable whit it. im new to the rohan style so im still learning about that style

Other relevant skills: Nop im fucking useless in everything else

In my post “Poppelmans goodbye” i of course said i wouldnt be back for a while. but plans regarding my study changed so im not moving for another year or so. that is the reason im reapplying.

Poppel takes constructive criticism well and is easy to get along with. He may need to update his discord name, though.

I do have some concerns with your use of materials in some aspects of your album. But I can’t verify in game like others can. Not bad, it would be my recommendation for apprentice while you get your skills back up to where you were before. I’m sure you’ll do fine, regardless if no one else has the same opinion as me.

I’ve given you apprentice for now. Your dwarven stuff was pretty good, but your rohan and lorien stuff still need some improvement. I think you’ll get the hang of it soon enough though.

Finsihed the Hospital in TH. Ytsen knows about it. Cords -7417, 46, -2547. All finished, might come back later to improve fentelation system but whitout no clip its really hard to make a decent one. (Approved)

I personally feel like the ceilings are a bit high up for what it is supposed to be, making the rooms feel more like empty corridors mostly.

Yeah i looked at the hospital in baune where the celings where quite high up to but i get that it could be wrong to do it this way in dwarven style if it realy needs changing it could easily be solved whit WE i think. <-- or ofc altering the celing 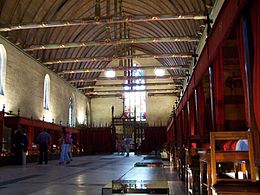 Welcome back! Builder is yours again.