How did you find out about us: Found out from a builder coming on Westeroscraft

Where are you from?: Planet Earth

Why do you want to help with this project?: Big fan of LOTR, the builds you do are brilliant, and now that you’ve started Rohan i really wanna get involved

Which Tolkien-related works have you read, seen or listened to?: All films ofc, read the hobbit and fellowship of the ring and the children of hurin and beren and luthien, read up on Tolkien gateway about events and lore

Plot ID: 14:3 (I suggest taking a look on server rather than just imgur as i tried to make a small community for the rohan build rather than a single house

Are there any styles that you excel at? Any styles which you have difficulty with?: I much prefer Rohan, however i am comfortable with any style. I also built in Khlathath-giri in the early days of the server.

Hello Ted, thanks for your application,

I haven’t been able to take a look in-game, so I don’t know what’s inside the small hut to the right. Is it a weaving/baking house? Anyway, something you should improve is the dirt splatter that’s in front of the gate that leads into the courtyard. To the right of that gate, you also use boards and wattle, I would suggest you stick to one of those two. You can also add some more weeds to your cabbage patch, and use coarse dirt in the corners of the farmland block to ease the transition into grass. You also use hay carpet randomly outside, and it looks slightly out of place inside too.

Inside the rohan house, you can use those beds with a bench texture to create a seating area in the center near the fire. These would also serve as beds. There are a lot of tables in different areas, i’d make a more clear divide between the separate areas. One end for sleeping, middle for recreation (with some extra beds), and the other end for storage and a table of sorts.

Don’t really have much to say about the Caras Galadhon building, save from the remark about the hay carpet.

I suggest you try to improve your build using these comments, and then approach an Overseer in-game to see how well you’ve done. Good luck! 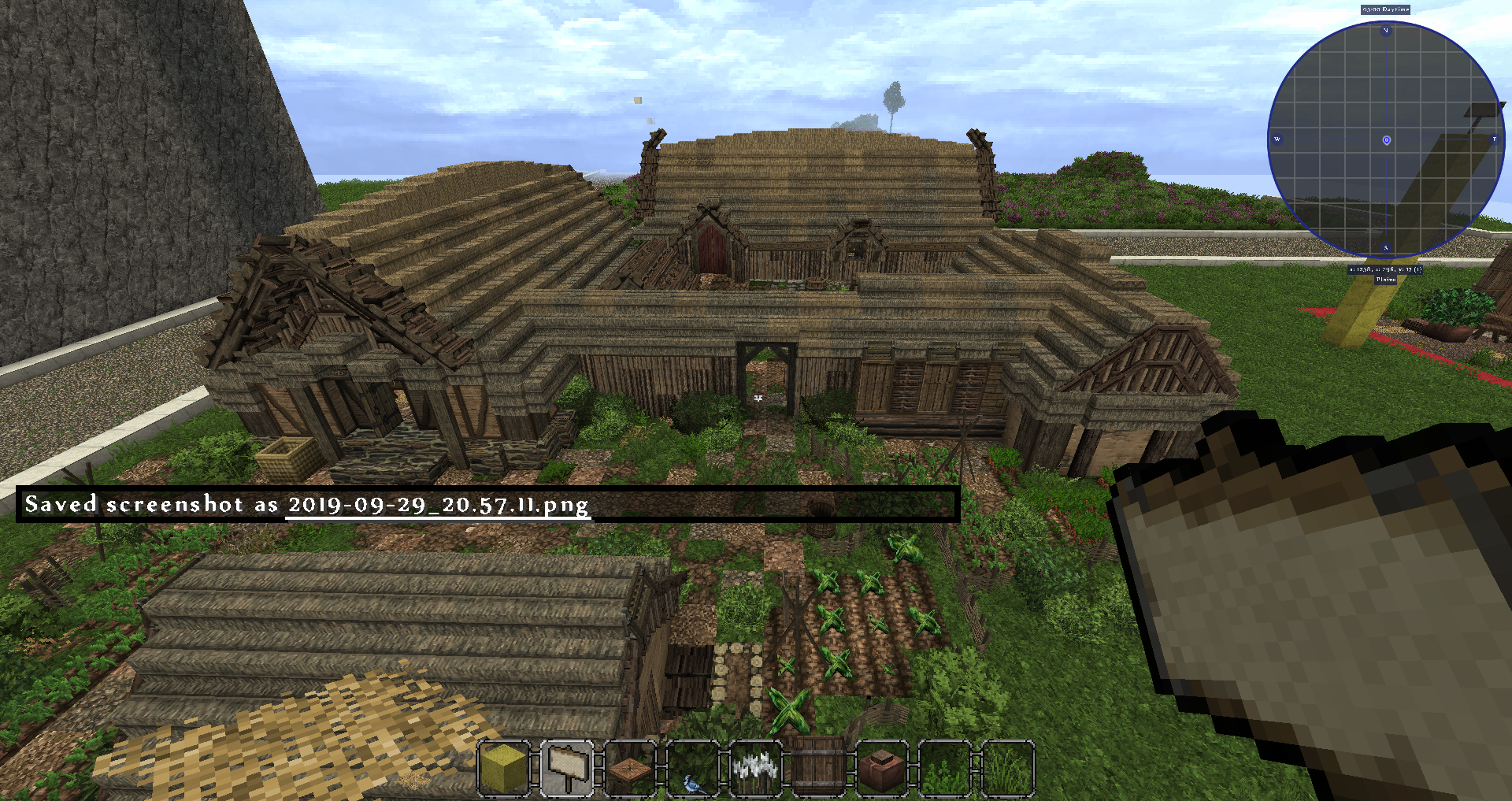 Okay, thank you for the comments, will make some changes accordingly and find an overseer!

Being an Apprentice means you are a part of the project, but not a full Builder yet. You have this rank so you can learn and understand how we build. We have high standards and a focus on realism which means that there are things for you to learn. Your duties as an Apprentice should give you good grounding to become a Builder, and, as such, you will begin your first lot of on-server building work assisting current Builders on their builds. This will hopefully allow you to obtain the experience needed to build on your own when you feel you can start on building something on your own. When building as an Apprentice, you are only permitted to build on one building at a time. This not only provides you with good practice for your time as a Builder, but also allows project leaders and Overseers to get a good and clear idea of what your building abilities are. This will allow us to give you better and more bespoke feedback, and prevent any unnecessary problems. Finally, as an Apprentice you must always listen to project leaders when they give you feedback, criticisms, and tasks. Ask them if you are unsure of what to build, or how to build it. You have this rank to learn.

In order to eventually obtain Builder, please read the guidelines below: When you build a house in a project and think it is finished, you should post a comment on this application thread with the closest warp and coordinates of your house. Then Builders or Overseers will comment on this thread and give you fair feedback. When you have achieved a standard of building that matches the basic standard of the server, you will be promoted to Builder. This could be on your first build or one further down the line. ArdaCraft is a friendly community that explores the freedom to create and build together. However, when we are dealing with an enormous project like this there are some guidelines we need to follow to make it work. Firstly, always name the stuff you build. We have a set of project blocks that we use - you can read about those in the new player guide at ‘/warp spawn’. Secondly, if you are looking for something to help out with, you can type ‘/warp jobs’. This is where you can find all open jobs like building houses or something similar. You will be provided with instructions on how to get to these projects, and what to build once you get there. Thirdly, do not be afraid to ask members for help and get to know us. This is a community project and it’s important to be part of the community! Stay active on Discord and the forums. Make sure to let an Overseer know who you are on Discord so that he can give you the appropriate rank on there.

I have done the two jobs that was assigned in Edoras, the blacksmiths with the sharing courtyards, co-ordinates 10709,54,12904

I have done another build in DPC1, dunlend style house for 9 people