How long have you been a member of this project?: I joined this Server last Summer, but i started working on the plotworld and thinking about an application since ~2 Weeks

Where are you from?: Germany

Are you in our Discord?: Yep

Why do you want to help with this project?: The World of LOTR is by far my favourite Fantasy-World and when playing Minecraft i mostly play creative. I think this project has the most potential of all the other Middle-Earth-Servers and since I like the massive standards you set for yourself regarding Details and realism, i’d like to help you out as much as possible, although i have many things to learn from you!

Which Tolkien-related works have you read, seen or listened to?: 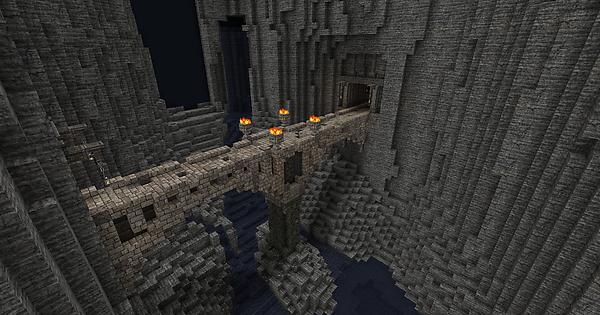 since the pictures can’t show the whole cave the way i intended, I’d like to invite you to my plot: 3:10

It shows you a fictional cavesystem which is inhabited by some dwarves, maybe it’s part of an trade-route. Simce i was told to do something dwarven-style i tried my best not to copy something from the server, although i got some basic inspiration from Bizar-Filatin and GuanYu_'s Dwarf-Guide.

Are there any styles that you excel at? Any styles which you have difficulty with?:

Other relevant skills: a bit of coding-knowledge, basic geographical/demographical skills

This is really good man. I’d gladly have you on the team. Let’s see what the overseers say.

Nice work, can really see you put time in. Accepted. Will leave this thread open for feedback but I don’t really have any at the moment. There’s some rough edges still, obviously.

One thing I would like to point out is to make sure you use the right paintings in Dwarven buildings, Make sure there are no elven portraits,or hobbit paintings, since I did see a couple at the end of your corridor.
Apart from that its really good,and Welcome to the team!

All paintings will be replaced later on with dwarven ones so it really doesnt matter at this point.

Yeah the Pictures were randomly chosen what i thought would fit the best since i couldn’t find any kind of special dwarven ones ^^
Thanks for the feedback!