Where are you from?: Sweden

Why do you want to help with this project?: I would like to build together with other people with a good skill set and knowledge of how to build in Minecraft. But foremost I would like to see this world completed, because this is some next level shit!

Which Tolkien-related works have you read, seen or listened to?:I’ve read “The Hobbit” and seen both trilogies.

Portfolio: Barracks
A quick build I made for this and based on this building from “The battle of Middle Earth” Elven Barracks

Are there any styles that you excel at? Any styles which you have difficulty with?: Try me!

Other relevant skills: Nothing relevant to Minecraft, no.

See you guys around!

Updated the pictures after editing some, because of the haste yesterday. Haven’t intend to make a whole ecosystem in this small piece, keep that in mind while watching the pictures

Why screenshots at night? D’;

Because I thought it would give it more atmosphere. If you want pictures in the day light, tell me and I will be right on it tomorrow!

The exterior of the build itself looks pretty good, but there isn’t really a screenshot showing it in its entirety. Could you maybe do an overhead shot during daylight, where the entire build is visible (the building in particular)? There’s also a few images in your application that don’t really look that appealing. There’s no focal point in the images, no block or scene your eye is drawn to. These 1 2
3 are pretty good screenshots.

In short, a few tips
•Take screenshots during the day (so not during the night with rain)
•Treat your screenshots like you would treat a single-use/disposable camera (every photo should be good in its own right, standalone) 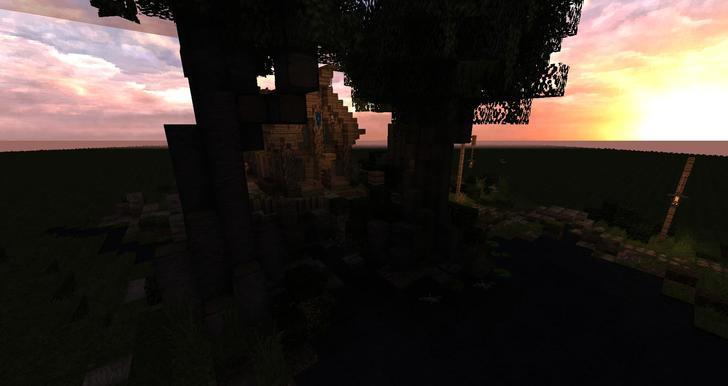 Example: If this was taken during the day, from an angle a little more to the left showing the barracks, the road and pond(?), it would have been pretty decent.

EDIT: oh i see someone brought up the day and night thing already

Glad you liked it!

Buy aye, I get that with the camera stuff and I will see to that tomorrow!

I will give you an overhead screenshot of the building. Are there any other angles you wish to see in the daylight as well?

Here you go! Pictures in the daylight

EDIT: There is more than one picture, so click on it to see the album!
http://imgur.com/a/0OwFo

This looks great, welcome to the team!

Really? I was starting to doubt my build for the application, so I just started to build a castle a few days ago to show you guys as well. Haha

But thank you! How would I continue from this point on?

Log onto the server, someone will be on to promote you to builder, then you can build where needed.