Lore:
No real lore except that the Bolger’s lived there. The land is marshy so it should be quite similar to Whitfurrows.

Budgeford will have a post office (especially since Whitfurrows doesn’t have one), a Graveyard further up the hill, and the rest will be houses relating to the farms around. The entry to the south will also be made more unique to differentiate it from Whitfurrows. 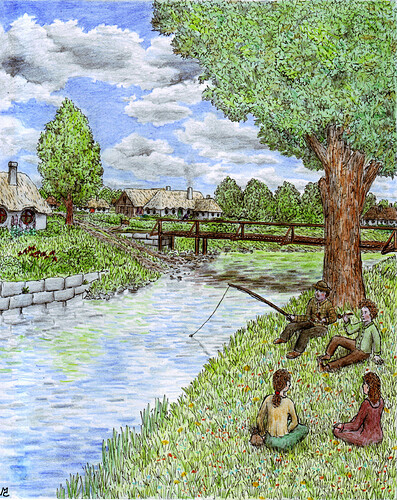