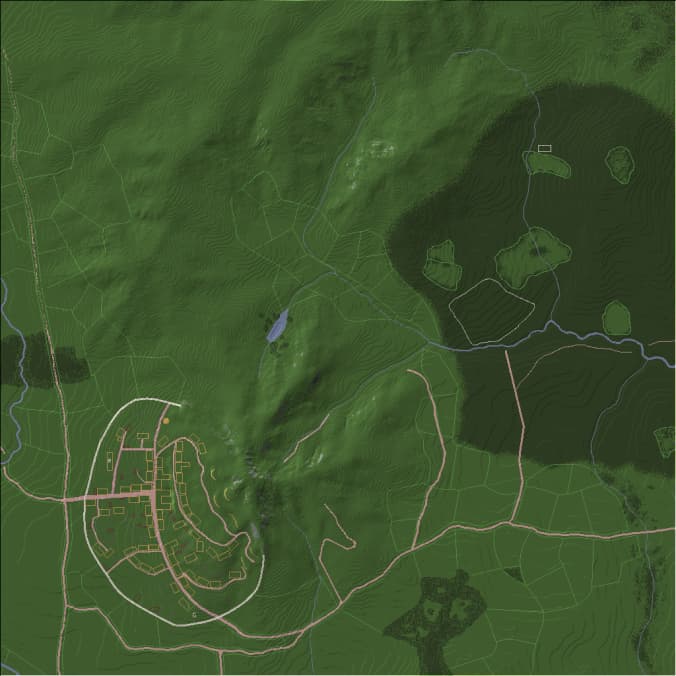 There is an in game representation of the 2nd Townhouse figure, please feel free to view the floorplans and details closely as I will be referencing them often and will make requests of builders to make certain rooms. 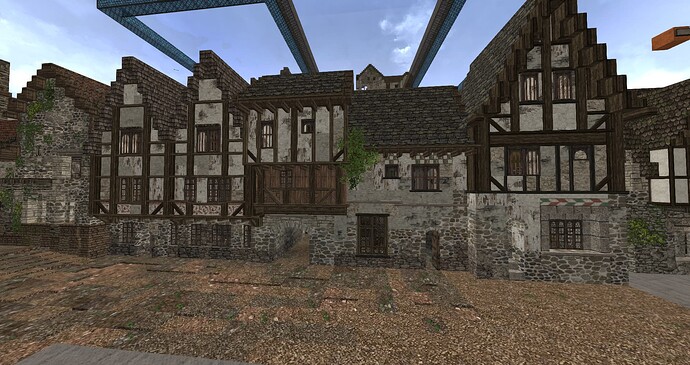 Models:
These mini models will showcase how our Bree-houses evolved to what they are now. They are located at the guide. 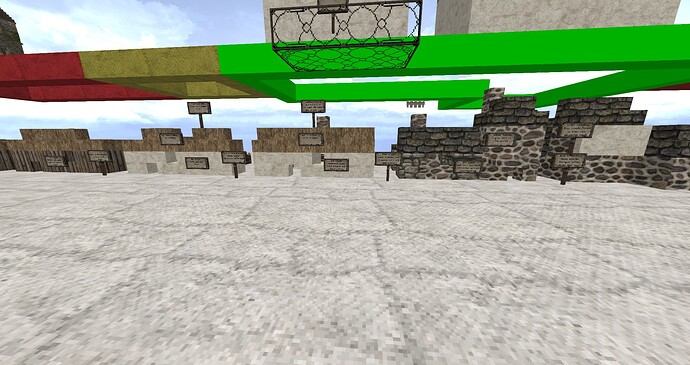 Combe is finally open! A lot of houses are already seemingly half-done, but most of them require a thorough revision. Anything that’s already there should be wiped if it doesn’t comply to the project signs. We’re using the same system as in MT, in the sense that gradients are already specified by blocks at the project signs. Can find the gradients next to /warp combeguide. That’s also the main guide you should be using, make sure you read it carefully before building your first house, even if you’re an experienced builder. Hobbit plots will be opened later, so stick to humans for now.

And in the spirit of transparency, here is our plan for the future. (Subject to change slightly)
To Do/Deadline List

20th of May: Finish Staddle

25th of November: Seventh Bree plots finished. Final month to complete anything that’s been left behind.

In the Bree-lands I’m seeing a pattern of inconsistent knowledge of how to create a good looking plot of land along with each house. With gardens ranging from cluttered messes of too many details to underdeveloped grass plots consisting of three blocks: bushes, weeds, and flowers. I’d be sarcastic and tell everyone to just google “Medieval Garden.” But the results aren’t concise enough to yield good results.

I also want to cover what a piece of land would look like. Rather than teaching you how to use boolean operators and strings or hours of diving into researchgate; I’d rather give you a solid foundation to work from when searching. Hopefully this will be useful information for all projects.

Farming Systems:
Burgage: Interchangeable with the combination of the two terms below, burgage(pl. burgesses) is the plot of land owned by a lord or freeman, the land would normally include the following:
Toft: A toft is simply the yard containing the home, containing most of the outbuildings and either small gardens or pens for animals.
Croft: A croft is the entire arable plot of land, sometimes defined as including the toft, or just the adjoining land given as part of the property. Usually a long and narrow strip of property with either grazing land for cattle or fields of peas, turnips, other vegetables and so on.

Gardens
Potager Garden: Potage, in the English sense of the word, is another old word for soup. Probably due to soup and boiling food being an inexpensive and easy way to go about it. Just throw your vegetables and scraps of meat into a pot. A Potager’s Garden is essentially the Kitchen Garden. In our world, this is something that came about in France, but these garden types are seen repeated in other cultures.

Rather than having disorganized gardens, I want them to have more structure. There will be screenshots included with the album below, but there are already some great examples of organization in other projects so far.

Building Layouts and Progressive Urbanization
As villages developed into towns and then into cities, the tenants and land-owners needed to accompany the demand in resources such as food and living space in less space. Houses became taller with more floors. Lofts were built above previous cattle bays and pantries. Crofts were split with multiples houses occupying the same space in order to extract more rent and goods from more residences.

At the current stage of Bree, its starting to develop back into a larger town again, so we are seeing old structures being refurbished and re-used as well as newer and larger structures and additions. While cities would eventually progress to cattle being kept outside of them, within the hedges of Bree we still have a fairly rural environment. Included below are images and floor plans for houses during periods of rapid urbanization.

While our houses won’t be as extreme as medieval London, for example, I hope they provide a reference for how Bree could eventually look in the 4th age and get your mind thinking about how these plots are established.

Farm Buildings, Extra Details Needed
I want to address a need for ideas on how to improve your plot with simple inclusions of details consistent with farming villages in the real world. While we can certainly mark plots with extra buildings we’d like to see, such as a multi-storied poultry(chicken coup) or a hayloft over a cattle barn; we can’t think of everything.
Look for any opportunity via your profession request, or if you notice a lack of certain features you find interesting and add them. Below will be a Rural England Farm Document that will showcase some things you could add to your plot.

Please message me or Fruit (IN DISCORD) to see about approval to add other structures to your plot if its going to be anything major. But for the most part–what will make the towns feel more like real life is you getting in the mindset of the person inhabiting the plot: What do I need to feed myself and my family and maybe provide extra. If you add a small structure for pigs, or a sheep pen and a small shed with sheers and wool hanging, we won’t be offended with your creativity.

Interiors
There’s not much to say on interiors as there’s a few successful ones in game already. And each house will have different needs and will be refined as best as possible. However, the main goals are: simplistic, rustic, and as little furniture as possible. Look up things such as “Peasant House Interior” and try to strive for the images that look the least bit comfortable. Newer homes will have hooded smoke vents and some chimneys(thanks to dwarves, but limit chimneys) while the older buildings and poorer farms will have smoke going out a window or up through the thatch roof. KEEP IT SIMPLE. Only think of putting something in your space if it makes sense and is something necessary to the occupants daily life and needs. After that, limit any flair or decoration.

Thank you all for reading, and enjoy!