Lore: Elendil was cast up by the waves in the land of Lindon, and he was befriended by Gil-galad. Thence he passed up the River Lhûn, and beyond Ered Luin he established his realm, and his people dwelt in many places in Eriador about the courses of the Lhûn.

Argweadh (= King’s Oath) refers to what Elendil said when he landed:

“Et Eärello Endorenna utúlien. Sinome maruvan ar Hildinyar tenn’ Ambar-metta” (“Out of the Great Sea to Middle-earth I am come. In this place will I abide, and my heirs, unto the ending of the world”)

(Credits to Fornad for the lore.) 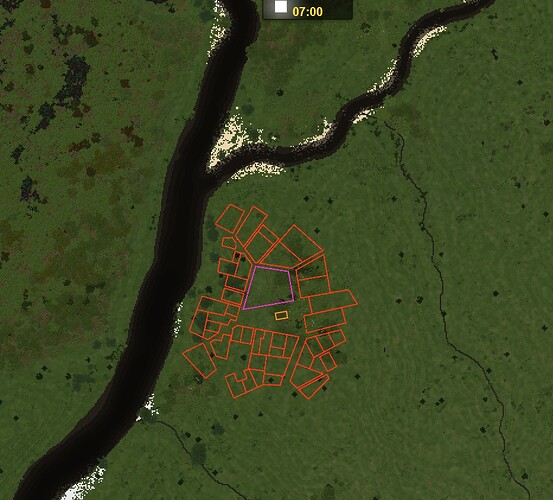 Concept(s): The ruins will be similar to the ones I’ve built in Annuminas.

I would make the houses only rectangular or slightly off-angled. Construction-wise it is very hard to build triangular houses, mostly because of the uneven rafters you will have in the roof.

Good one, I’ll make them less oddshaped ingame. I thought about that too but totally forgot to change it.

Edit: I updated the overhead map, edited the most odd shaped houses

A small update on the topic, the town is almost finished (only six house ruins and a small keep left).
In the next couple of weeks (3) i wont be able to work on it, this is due to 2 testweeks at school and a 1-week culture trip to sicily with school. I will be back around 13 october. I have a holiday that week (starting at 13 october) so i will finish the town in that week.

Yesterday i managed to have some time to finish argweadh. I’ll remove the planning once im back from sicily if everything is okay.

The town looks good to me, just needs one more overseer to check, good job.

Just had a look around and can confirm that you’ve done a really good job. The contrast between ruins within the woods compared to those outside is a very nice, unique aspect of the town giving it a sense of time and age. Hope you choose to lead another project soon.