We’ve put 45 projects in the archive in 2020. With the addition of the villages in the Shire that have been completely redone, that brings our total to 67 projects. This is nearly double what we completed in 2019, and shows how much hard work has been put in across the community this year. Amongst these projects are the Folde, Westemnet, Wold, forts, villages, camps, homesteads and more besides – bringing us ever closer to our vision.

We’ve also had 24 new builders join the team, as well as three people who’ve successfully applied for our newest rank, Landscaper. Well done to all of you, and welcome to the team!

There are some potentially huge changes coming to AC in 2021, and I’d like to lay them out here.

As many of you will have seen, Mojang have made it possible to increase the height limit in their latest 1.17 snapshots. Though 1.17 is clearly a while away for us, this could have a huge impact on the way we approach our work. 256 has always been too small for the great mountain ranges of Middle-earth, and I would personally like to see us move to a limit of 512. 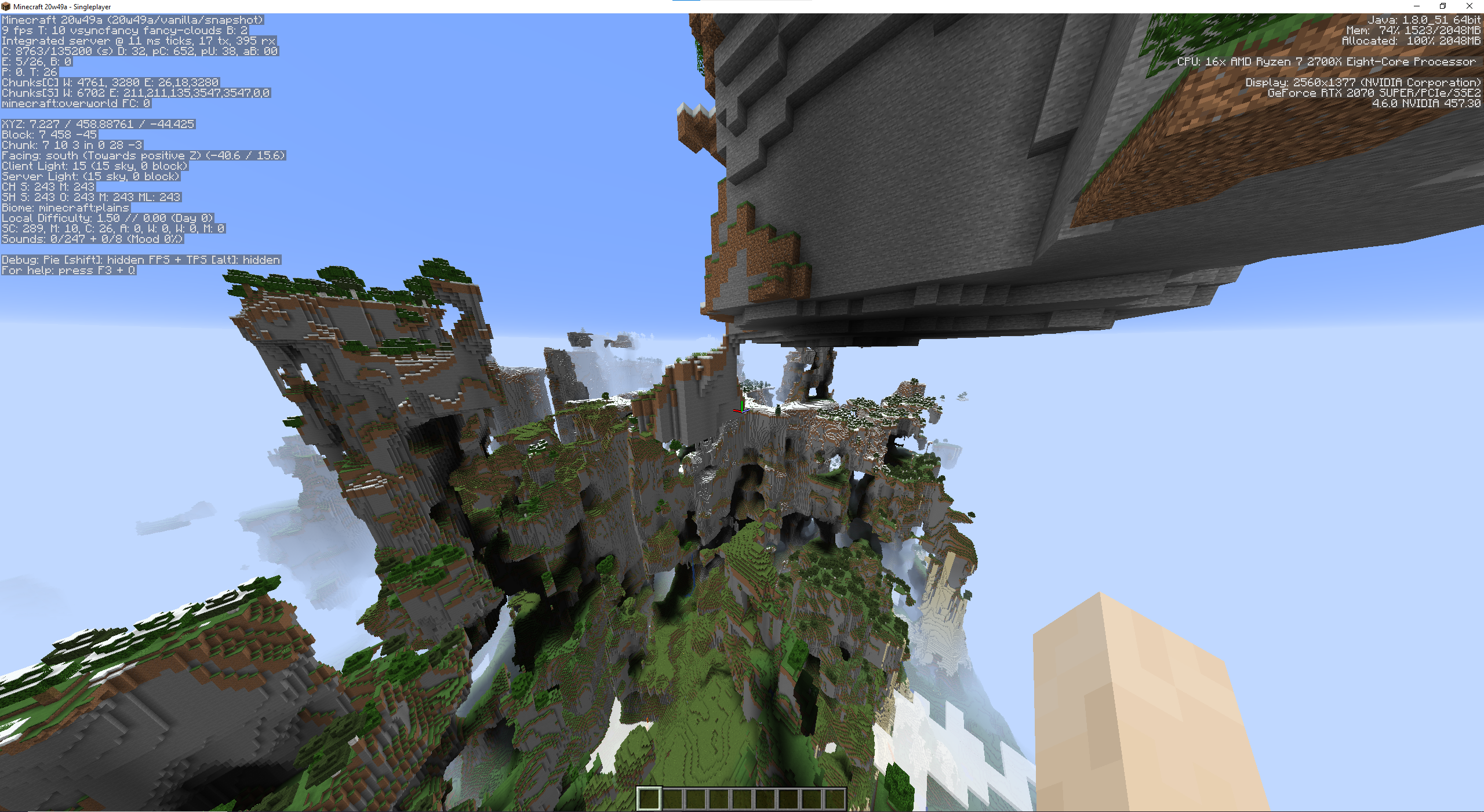 In addition to this, the Conquest Reforged developers are doing some absolutely fantastic work with new nature blocks – in particular, new tree branches. These will completely revolutionise the way nature is done in CR. However, we will not be able to retroactively improve our existing forests and nature. 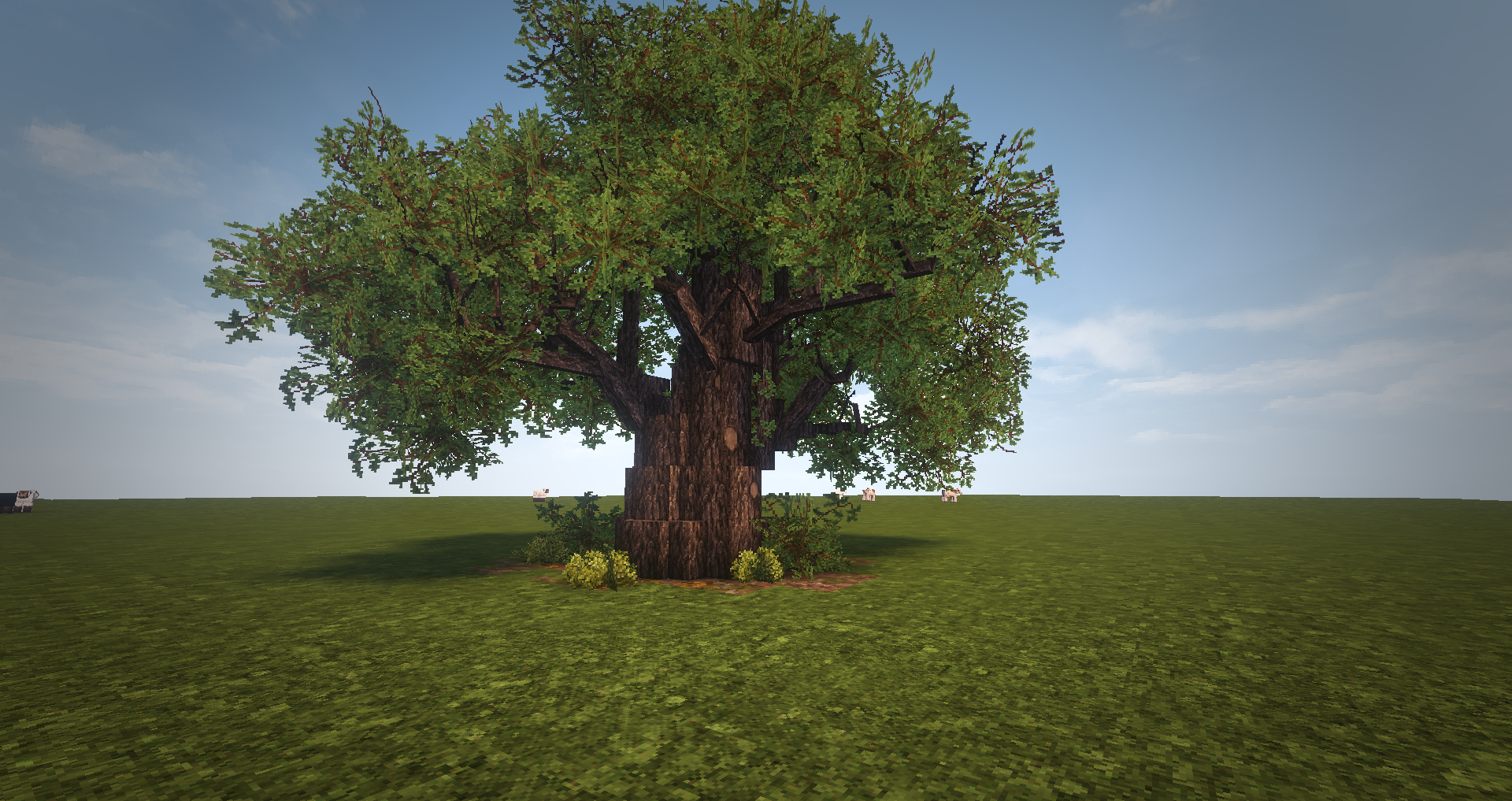 After some discussion amongst the Overseers, we think the best way to approach this would be the following:

In the meantime, building would have to continue. We would do this by exporting small areas (with no vegetation) which we could build on. In this manner, we could start the settlements of the Eastfold, Anórien (i.e. Minas Tirith, Osgiliath) and so on with no delay.

Once the map is finished (approx. 2.5 years), we would copy over all of our builds.

However, there are a couple of things which delay this decision.

So, how does this affect us in the meantime?

We are in sore need of a new area for public projects, and I won’t let the project stagnate until a decision can be made. So, under @Lindalher and @Darkkiryll, the Eastfold is going to begin. It will be planned out including the areas which aren’t on the map currently. Those settlements which can be built on the main map will be built first, and then (if necessary), non-vegetated terrain will be added to enable more villages and homesteads to be made.

If we decide against a new map, it will be easy enough to copy over these villages once the region is properly vegetated. If we do aim for a new map, this non-vegetated release is the plan anyway.

If you have any questions about this, please do ask here or on Discord.

Regardless, this is what I’d like to see us achieve in 2021:

Now that the Westemnet is drawing to a close, we currently have no active projects in Rohan. However, as stated above, the Eastfold should start in the next couple of months, which should give the server a nice boost in the right direction.

In addition, in the later half of 2021, we might choose to start the West Marches, using a similar method (where half of the project is currently not on the map). 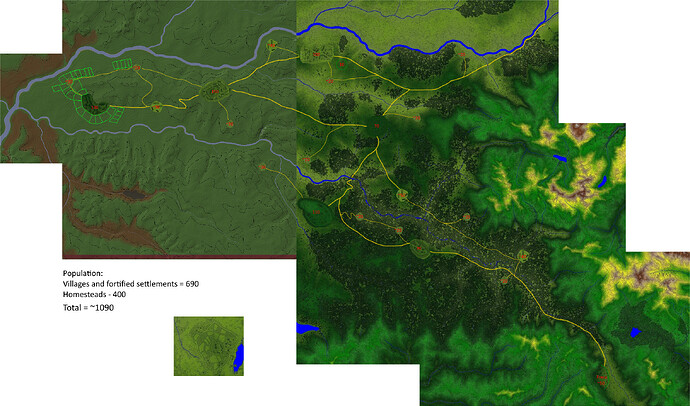 We are in the last stage of this stunning project, and it’s clear that the team behind it have put their heart and soul into making it as good as possible. It already looks fantastic, and with the improved leaves in 1.15, it’s sure to look even better! @Neverlegendary and @MrBanana - you are masters of your craft.

The Shire has seen huge leaps and bounds this year thanks mainly to the steady leadership of @Eaglz24, along with many others who have helped him. The aim is to get this done in the first few months of 2021, and then to move on to the Breevamp. The new Bree has already been planned out on freebuild, and I’m looking forward to seeing levels of comf yet unknown to humanity. 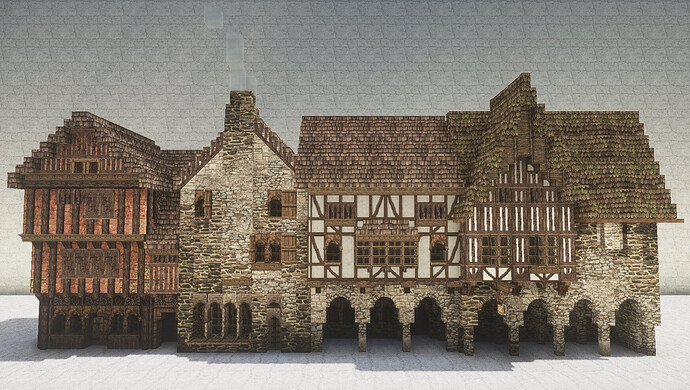 It’s amazing to think that Dunland only began in March of last year and is nearly complete. @Lindalher, @Fruittuitella and @daktubalan have done a fantastic job of leading this project – developing a new style from scratch and doing a huge amount of research and work isn’t easy! I’d expect to see this project done in the first half of 2021.

Alongside Dunland, we’ve also seen @Kemce doing stellar work in Eryn Vorn. Hopefully this will be finished around the same time!

We’ve seen some awesome ruins built in the last year, with particular highlights being the forts along the Anduin built by @Soap887 and @Sunwing34, as well as the beautiful ruined town of Casthenid built by @Yannig.

The ancient river-port of Tharbad is going to be led by @Ytsen and @Yannig in 2021, and from what I’ve seen of the planning so far, it’s going to be spectacular. In addition, I’d like to see Lond Daer under @Creepyboy666 built this year, once Tharbad is complete.

This is reliant on 1.15’s release, and current projections suggest that ArdaCraft should be updating in the summer. As a result it is likely this project will remain dormant until then.

Gondor is also reliant on 1.15’s release. However, @Eaglz24 has already done a lot of work in creating the regional document for Anórien, and we’ve already seen some promising concepts. I have no doubt that Gondor will begin in the later half of this year.

Despite global events, 2020 was a very successful year for ArdaCraft. We’ve done an enormous amount of work across the map, and we’ve got some very exciting updates coming our way this year. The next release of CR will change the way we build, and will lead us into our greatest projects yet. Stay tuned. 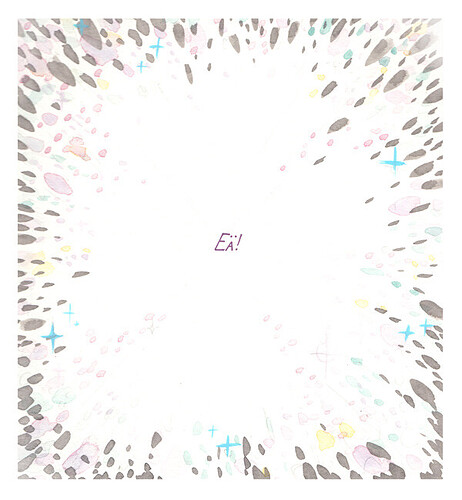