Location name: Arnor town5
Lore: No lore from the books, this is a ruined arnor town with a fortified core. 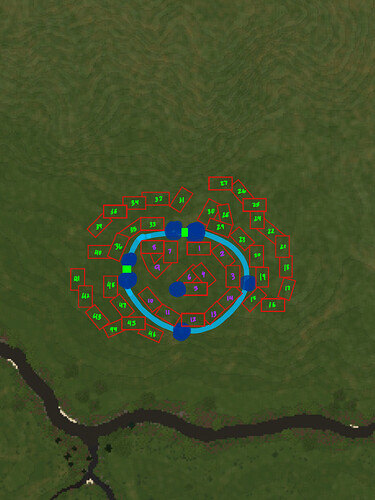 image.jpg1536×2048 999 KB
I noticed that the size of the houses is a little bit too small, I estimate that the overall size of the village will be between 10 and 15% larger.
Red: houses
Light blue: walls
Dark blue: towers
Green: gate house
Reference Imagery: 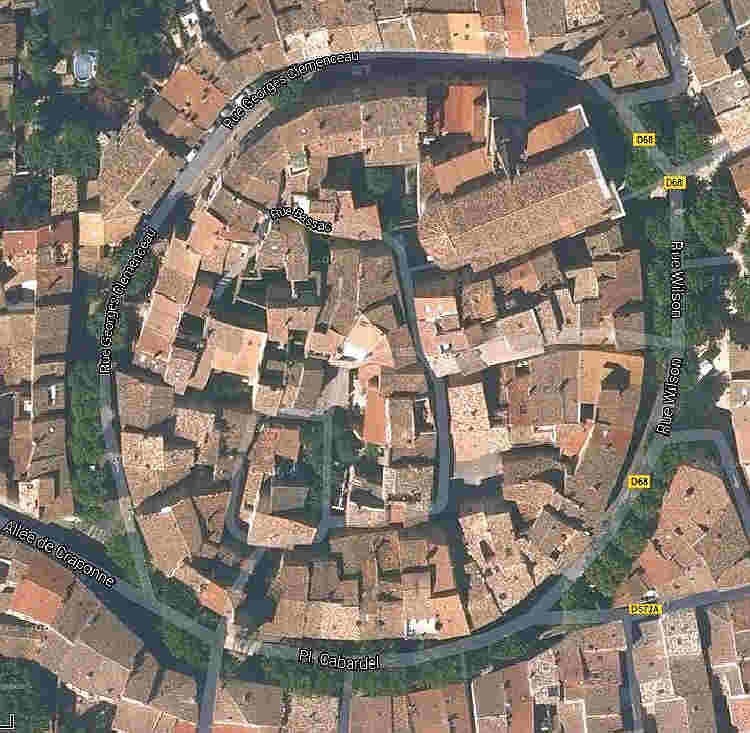 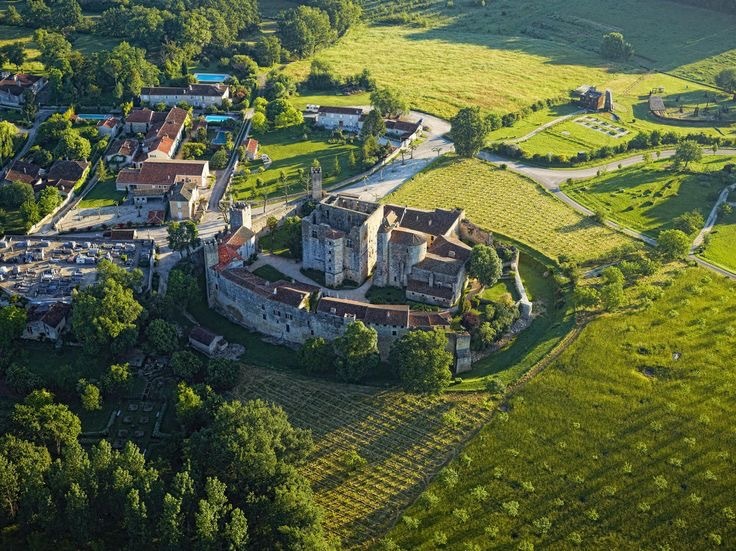 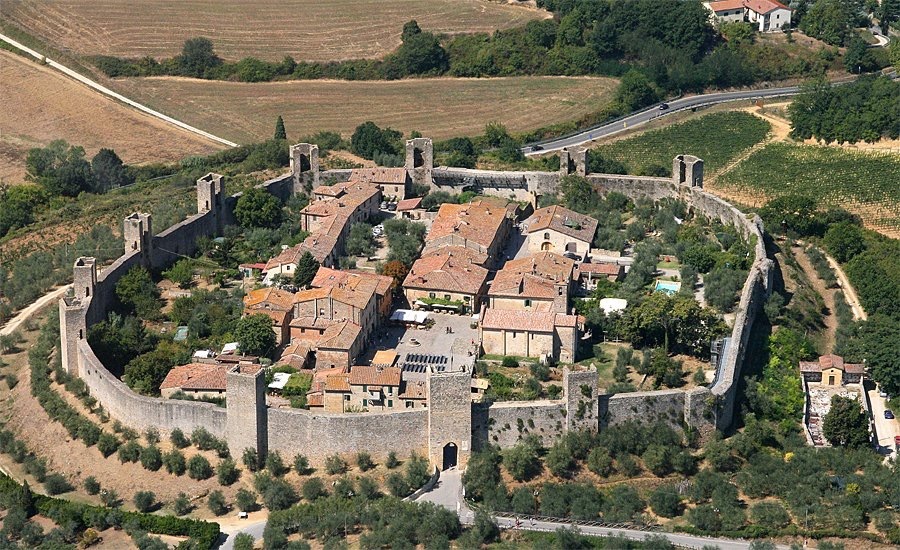 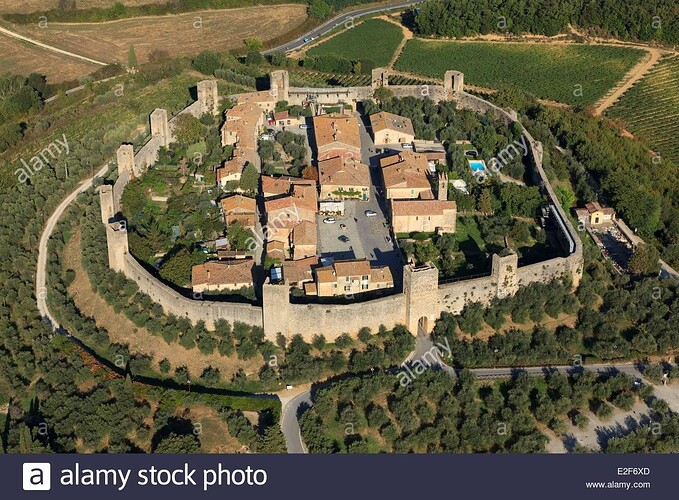 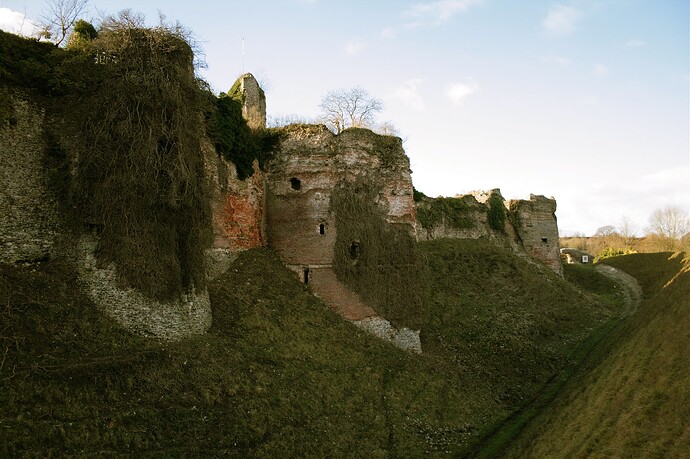 I’ve noticed that many fortified villages tend to have a rounded shape I will try to recreate that in this town.

Concept(s): Houses will be similar to the /warp arnorguide ones and the walls will look a bit like this image:

The overhead plan is obviously way too small, but if you stick to a layout like the ones of the towns you’ve shown, it should be fine. Lay it all out in wool first, and make sure to make the foundations of the houses as large as Bree houses!

What are the outlines over the river?

It was just to help me with the map. I have removed them

Your wool outline is looking good, it reminds be of Carcassone a lot!
I put some wool markers on places that maybe could be improved. Generally, you need more towers/bastions. You want to be able to shoot at the foot of the tower next to you, this way enemies can not run up to the tower and be safe. I put pink wool markers on the places where I think a tower could go. You also blocked off the access to the walls with houses on the inside. Defenders would have a hard time getting around with this amount of accesspoint to their own battlements. There just needs to be a 1 block alleyway leading towards a tower and that would be enough.
Also, was this town besieged or abandoned? Either way changes the ruins quite a bit.

Looking forward to the rest of the project!

Would be awesome if you actually make it as densely packed as what ytsen posted.

Since it’s a circular wall, it’s impossible for towers to cover each other unless they are sticking out from the wall a fair way.

That is not entirely true. The wall is not perfectly circular, nor should it be. zLaw added 4 more towers than were planned out and because it is not a big city this amount towers would be able to cover each others base. Don’t forget that machicolations and other battlements, which are now gone, would greatly increase the angle of a tower.

Look for example at Castel del Monte, a perfectly octagonal castle. The angle and interval at which the towers are located would make this almost impregnable. Granted, it did serve as a citadel for the nearby village, but circular doesn’t mean the towers can’t flank eachother. 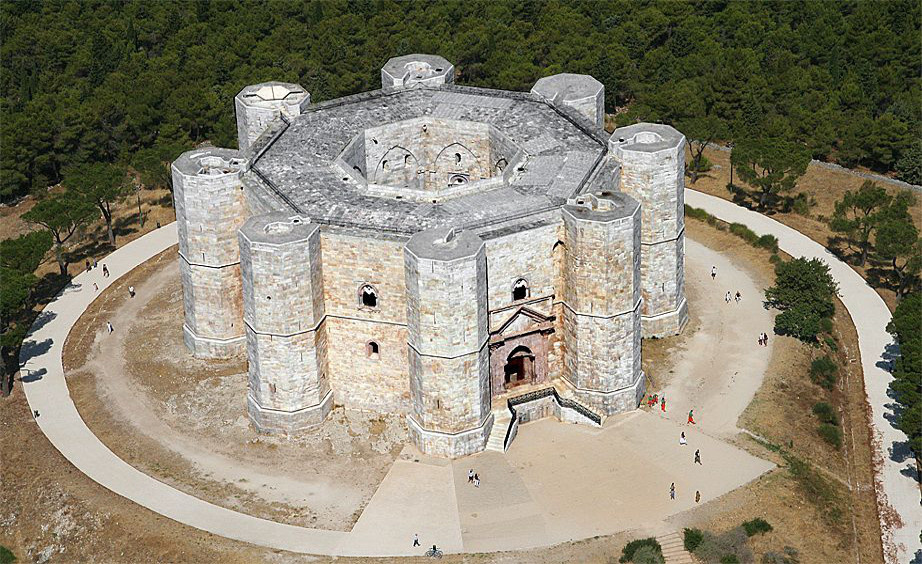 I understand your point but bear in mind that this is a town, not built or meant to be an impregnable fortress. From what I’ve read, the walls and fortified towns like most of the ones shown in the reference images were not designed to defend against armies but meant more to deter bandits and brigands from attacking. Filling the whole wall up with overlapping towers and intricate defences is, in my eyes, a bit excessive for a town like this. If threatened by a large army, I think that the inhabitants would flee to a more defensible fortress such as Fornost where the defences I’m sure would be far superior.

I’ve taken a look at your ingame progress so far and just have a few pointers.

i) Much deliberation was spent on this, but the towers might be a bit too sturdy. If you look at where you’ve placed the wall, it’s on higher ground. This means that, over at least 1600 years, weather would have eroded away the ground the towers have stood on and many of them would have collapsed due to lack of support. This doesn’t have to be a full scale destruction, but more like half of the tower collapsed, leaving the other half precariously standing. Look at the points were the towers have little to no real ground underneath them, such as the tower on the left of the road leading up to the fort. Don’t assume or expect that every tower has to be left standing. These are ancient, abandoned ruins that are unexcavated. They’re meant to be next to unrecognisable.

ii) There are some areas of the towers that do need to be removed, such as small pieces jutting out. Repeated battering by wind and rain, plus gravity, would ensure these don’t exist.

iii) The walls, because they are so thin, might be more mound-like, rather than recognisable.

iv) Remember to look at your towers, the thickness of their walls, and the supports inside to decide how study they would really be. The massive tower that is completed is mostly fine, but think about the extra weight the roof would have on it.

v) Do remember not to make the walls of the houses too high. One block is more than enough in some cases. Be very careful not to make this unrealistic in order to make it recognisable. Further, the larger the house, the less of it there will be. It sounds odd, but this is because the roof would have collapsed fairly quickly.

Overall, fairly good start, just remember to take into account things such as the age of the ruins, weather over the last 1600 years, support etc.

what would be left of the interior, if any at all, of the large towers?

There wouldn’t be much in there. What you have right now is fine. There might, in a lot of cases, be no way to actually enter the towers due to collapse.

House ruins are open to anybody (even the ones in the center core) feel free to come and build one.

After the meeting tonight a few of us got together and finished this project - hope you don’t mind!