Yeah, I want to wait til my schedule at work is back to normal in a few weeks before I try to start the Shire back up.

So in case anyone wasn’t presently aware–I was defying the orders of our god-king Fornad and committing secret atrocities within the Shire and on Freebuild. And so far have conducted the operation with as much subtlety as King hobbling along a boardwalk while trying to catch up with the rest of the Arda Gang. Anyway, I figured the sin of hidden cunning–the likes of which are fit for a leader in Isengard–wasn’t my forte. Fornad watches us all from his humble abode in Dynmap. So I prayed to Forndaddy in my sleep that he might spare me if I keep public documentation of my progress.

So here’s my cobbled together monstrosity of a progress document.

The idea so far is this: The revamp of the exteriors are mostly a private project with a small team of builders helping me out whenever they build up my trust and swear fealty to the cause of deposing shit admins. After the private project of exteriors is done, the progress on interior revamps that Kingorrik started will be carried out in much the same way he had planned. Any questions regarding the Shire update can be sent to my email: pray4eaglz2ndComing@ardacraft.me 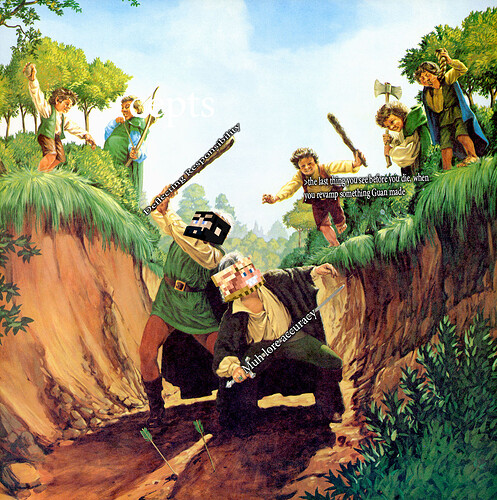 Alright, so exciting times are here. You all get the chance to rip apart my terrible building skills before it reaches a point of limited return.

In the interest of having an updated Shire when players take their first steps in Middle Earth and in having a prize to stroke my unlimited ego, Bag End is essentially ready to be moved to the live server. Hobbiton is laid out and after the interiors are done on the north side; I will be opening up some homes for interiors in Hobbiton. Note: Excluding Bag End, Interiors are WIP on both sides of the river. I am fine with feedback for what interiors there are, but they are subject to changes.

Benefits include:
1.Having a nice round hill that totally eclipses the original flat hill in every way. Real hills have curves.
2. Looking closer to Tolkien’s illustrations as presented(Granted, those illustrations are pre-LOTR for the most part, his later sketches don’t invalidate the one used to reference the new changes.)
3. Placing it on the live map will give us more terrain to work with, to smooth out the steepness of the hill. Right now it looks like a tumor or a cliff on the side facing Overhill and the lane to the east.
4. My mom said she’s proud of me.
5. We are about to have hosted tours involving Bdouble0 in the near future, and was necessary to work on recognizable lore locations such as Bag End first as to not ruin continuity between when he first starts and when this goes live. If this is what we all decide is the best representation of Bag End. It will be the version all those viewers will see.

Now is the last opportunity that everyone has to provide feedback to the new Bag End/Hobbiton before it goes live(And it will, feedback or not.) Speak now or wait 5 years when the mod has made it outdated and Im too busy with family and/or afk. I will most likely be moving it to live tomorrow or Friday. 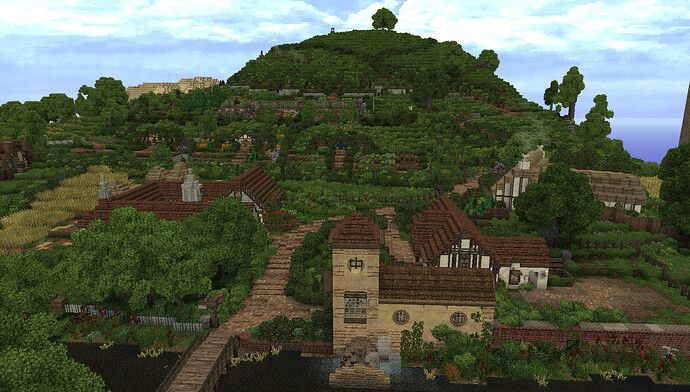 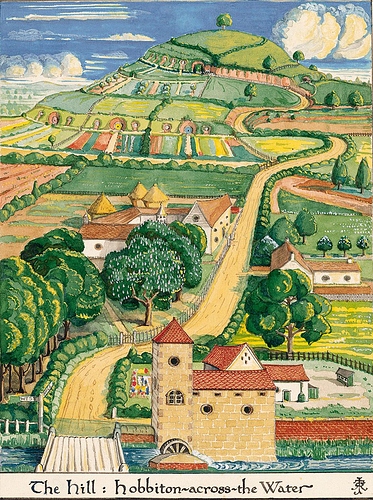 I had some issues before but they have been resolved. Haven’t been able to, and won’t be able to get on for a few days, but I suspect it’s fine

[EDIT: WILL BE SOON, PLEASE REFER TO THIS POST WHEN I MAKE THE DISCORD ANNOUNCEMENT]
So Coronavirus has claimed another victim. I sneezed while testing voxel sniper and unfortunately trashed the original Brandy Hall(Its saved on FB, don’t worry.) The first level of Brandy Hall is open for building. If you wish to start, you will need to claim a section. Each section is marked with a different color wool. There are also special areas that will require completion of one section first.

Feel free to work in teams. They aren’t substantially larger than normal Hobbit Smials, but they will require a bit more artistry and care. While the materials for walls, etc might be a bit more upper class, the halls themselves(Unless otherwise marked, like in the special sections) will be middle class, please limit books, bookshelves, and writing materials to small studies in rooms marked as “Master Room” or “Study” and even then, keep it limited. A name block and wool block will be outside the front door, please place your name there. There are only 3 sections, so feel free to discuss co-operation with your fellow builders. 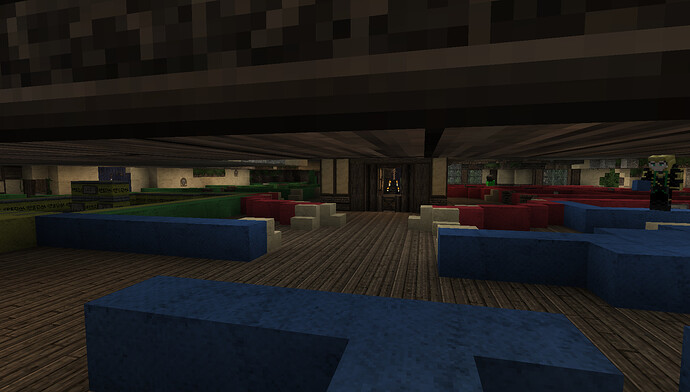 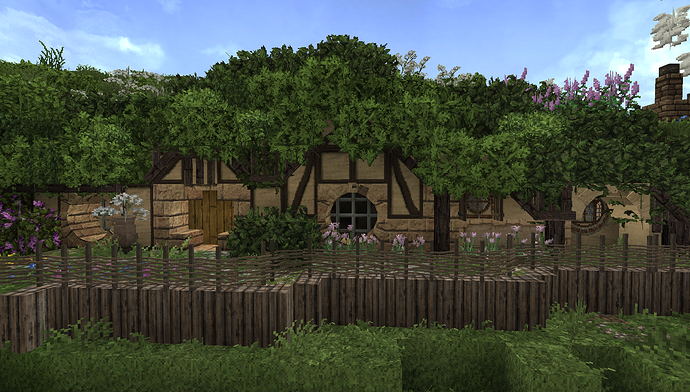 I just placed another door in Brandy Hall. Door revamp progress at 70%. I’d like to thank everyone who’s helped with doors including Sunwing. Layouts are fully in place for all three floors, so I will be planning a door building this weekend.

If anyone has any questions, let me know.

Good news, the doors are now 100% complete, no planning for this weekend necessary. Windows are another story, will be working out windows concepts on Freebuild with a few peeps who are familiar.

@Guan Brandy Hall has been planned and is open.

Stepping Down from the Shire Lead Discussions

I don’t like awful resignation posts from MCME, so I’ll try to keep this short. After the Marish, I am stepping down from leader of the Shire revamp. I will also stop my simping campaign for Overseer. I truly don’t have enough time to even lead the Marish anymore, but I will commit to spending my time off to wrapping it up. Luckily, Bag End and Hobbiton; Bywater, and locations along the lore path are mostly done to a standard now that is beyond anything I could have imagined when taking on thi…

The boys are back in town. Watch out.

Stock, Rushey, Deephallow and Bamfurlong have been completed! Thanks to everyone who helped especially the project leaders, the results I’m sure you all agree speak for themselves.

As @Hearthseeker mentioned in his thread, he will be stepping down as leader of the Shire and @kingorrik and myself will fill in for the duration of the project.

Our general plan moving forward will be to divide the Shire into the 4 Farthings and Buckland. The route we’ve chosen is to finish off where we are working now in the Eastfarthing (including finishing off Brandy/Bucklebury), then work anti-clockwise to the Northfarthing, Westfarthing, Southfarthing and lastly Buckland. The severity of the revamps moving forward will vary depending on the quality of the villages.

As for right now, Brandy Hall still has some rooms open in the lowest floor that need finishing, after which the exterior is the only thing remaining.

Will keep you all updated as we progress.

Bucklebury is now open for all builders and apprentices to claim a plot. Style for the houses can be found in the floating house above.

As Bucklebury is nearing it’s completion, Willowbottom has been opened for all builders.

Willowbottom is completed, which means the Marish in its entirety is finally done. And since Whitfurrows is nearing completion, Budgeford is now open for all builders.

Whitfurrows and Budgeford have both been completed. Really comfy results especially by the riverside area. Thanks to everyone who helped!

Scary is open for all builders.

Scary has been closed for the public, the remaining stuff incl. terrain will be done privately by the leaders. Subsequently Dwaling is now open for all builders.

Brockenborings has been completed. Big thanks to @Darkkiryll for leading this town and giving king and I a breather. Results are fantastic as always!