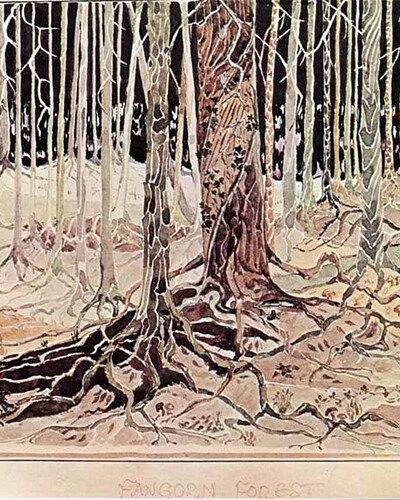 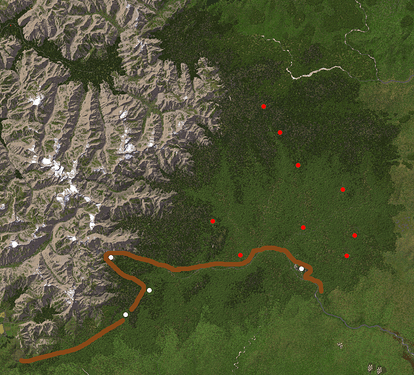 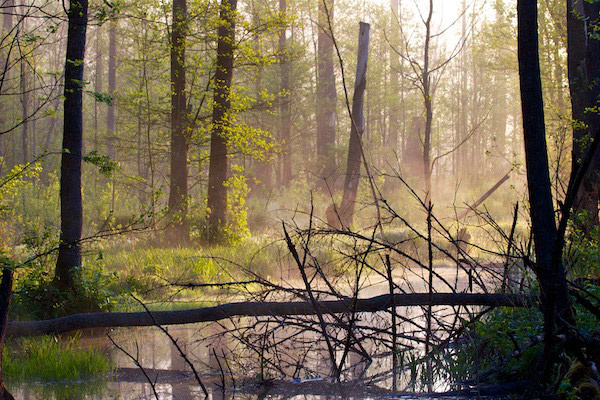 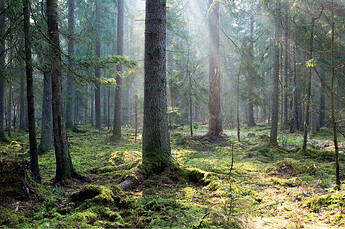 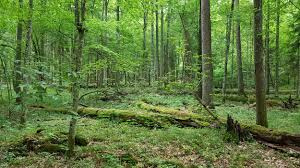 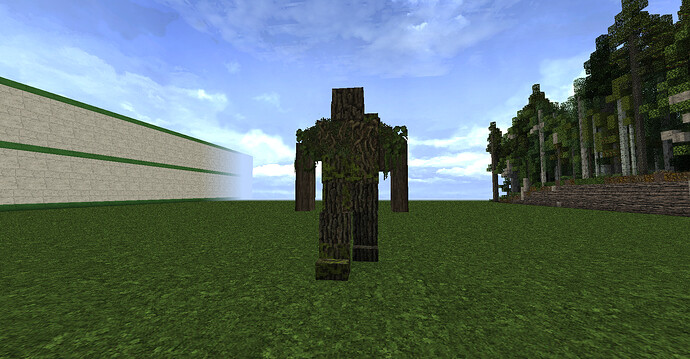 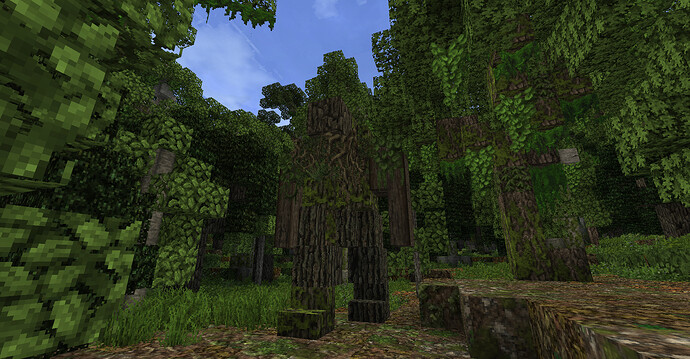 These “houses” are really just relatively open spaces covered by the forest canopy. Each home should be unique and special, made in a way that best shows off the tree type. The space around it should blend into the surrounding forest. There are three things each one needs: a table, a bed, and a source of water. Most of these warps are already set relatively close to a stream, but some may need a spring. As for the table and bed, at their simplest they can just be large flat stones, as in ent7. At their fanciest, they can look something like this: 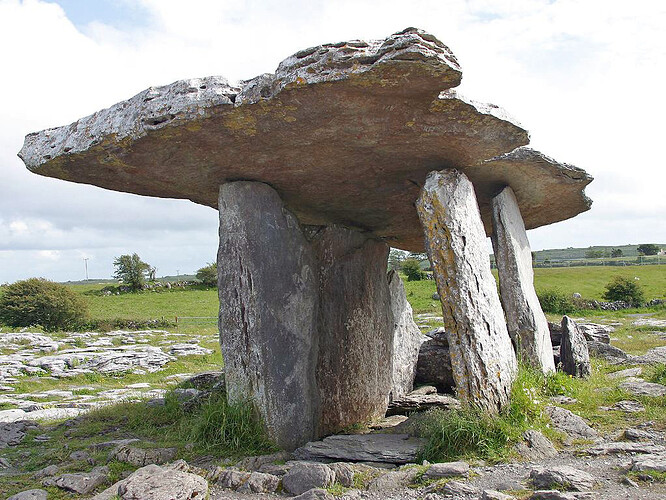