How did you find out about us?: Watching a yt video by Fixxit

Where are you from?: UK! I live in the rolling hills of the south west - my county looks like the Shire!

Why do you want to help with this project?: I have a massive respect for the project and would love to be a part of it. As a kid I use to fantasise a lot about the Arda map so seeing it being built is really exciting :v

Which Tolkien-related works have you read, seen or listened to?:
Read: Hobbit, The Ring sets out
Audiobook: whole Lotr
Some familiarty with the Atlas of Middle Earth (read as a kid but forgot most of it)
Watched all Tolkien related Peter Jackson movies

Portfolio: Apologies for lack of Imgur, I really don’t want to sign up if that’s okay. I’m being told that freshmen can’t post more than one image either so I’ll ask if I can send screenies on the discord.

For my application I chose to do a Blacksmiths in a Bree-esque style since this was a place being built on. I didn’t do too much in the way of foliage/nature as I imagined the smithy’s as being within the town/village itself. 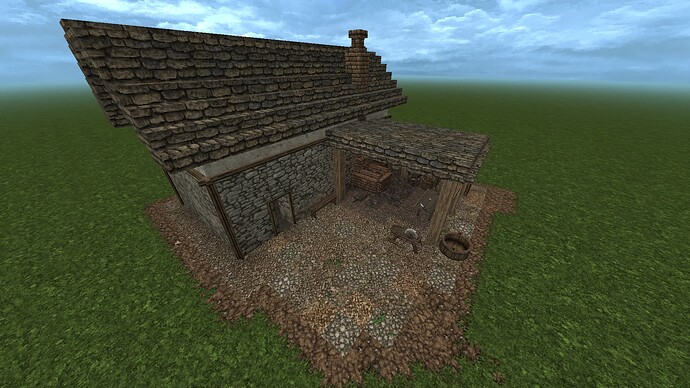 The main work area is outside like many medieval blacksmiths. Detailed we have all the essential items you’d expect to find at a blacksmiths like Bellows, Crate of coal, shovel, hammer, anvil on wooden stump (more realistic than the block-sized anvils). Outside you can there is a bench to sit on, a wash tub. I placed an iron sword on an invisible frame to look like a random dagger on the table - I didn’t want to overdo the detail but I thought little touches of “it’s own story” would be okay. At night time the fire area lights up a little replicating embers.

I made the roof out of texturing cotswold - usually with the idea of the sun beaming down from the camera’s perspective so I’d have a slight bias of the lighter cotswold in this way (and the darker in areas where sun wouldn’t get to). I used Cotswold instead of Thatch (as in Bree) because I felt it wouldn’t make too much sense for a blacksmith to have thatched roofing. I used Cotswold because the Church-building had it so I figured that the material was at least available

When building this build I tried to imagine the “story” this family had. They had a reasonably middle class income being skilled smithies but they were a family with 4 kids so had a slightly modest living, not poor but not totally incomfortable.

The bottom floor has been split into two halves - one for the family and one for “the shop”. Unfortunately I couldn’t find a smithy sign to put on the front door.

The bottom floor living area has a table headed by Father and a proper chair for Mother, stools for the kids. I used burnt ground around the fire to replicate dust/ash. My favourite bit about this area is that I placed the swords here - I figured the main tools for sale would be in the front of the shop but the rarer more valuable items (the swords) would be higher priced and so kept behind the shop front.

Not much of a pantry but it’s enough. We have a pot on the floor because Mother cooks using the fire (or even the forge to save fuel). Since we are in the city and the family gets its primary income from smithing I figured that a garden wasn’t strictly necessary and the family would get most of its food from market.

Upstairs we have 3 sectioned off areas seperated by curtains. The first has a spinning wheel for Mother and a bucket for the toilet next to it (couldnt find the nice looking loom unfortunately)

The kids bedroom is modest but has a wardrobe

Parents bedroom is a little plain for my likeing so I’d be well up for some pointers!

And that’s my first attempt at building using conquest! There’s a lot to get used to but the textures are lovely imo. The guides were really helpful.

Are there any styles that you excel at? Any styles which you have difficulty with?:
I can build but it’d take me hours to get something right since building is not by strong point - where it’d take an experienced builder an hour to build something it’d take me like a day. My building strength I would say is in thinking outside the box about the lives of these people and perhaps even trying to work out what makes sense. For this project I did a reasonable ammount of research on medieval blacksmiths to make sure I didn’t do anything too off the beaten path. Making things look aesthetic is a little more challenging but I can do it with enough time and paitience.

Other relevant skills: [Texturing, coding, etc. with examples of your work]
I make lists lol. I’d actually love to expand the ikea section haha. I actually have a little experience in game dev - by which I mean designing games not so much the coding. The only one I can provide proof of is 8 Player Chess - we have a website and our chess.com club has over 500 people in it (https://8playerchess.com/). I’ve also invented numerous other chess variations and a few other non-solitaire games (ask for details).

I’d love to help the project as much as I’m able within the confines of my irl commitments and limitations (so don’t expect anything too big, I’ll mostly do little things here and there and maybe add extra perspective upon things to help the project). I’d like to comment though that I think there would be a huge interest from people in seeing the map being made become part of an interactive playable game (an mmorpg for instance). I’d love to help out in any case but knowing that the map might be playable one day would be a boost in motivation for me in any case. Think about it :v 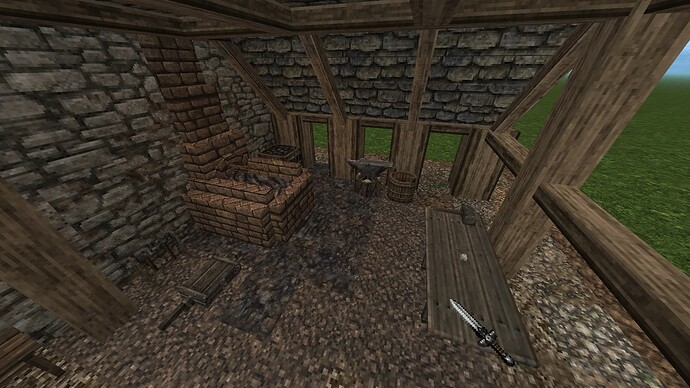 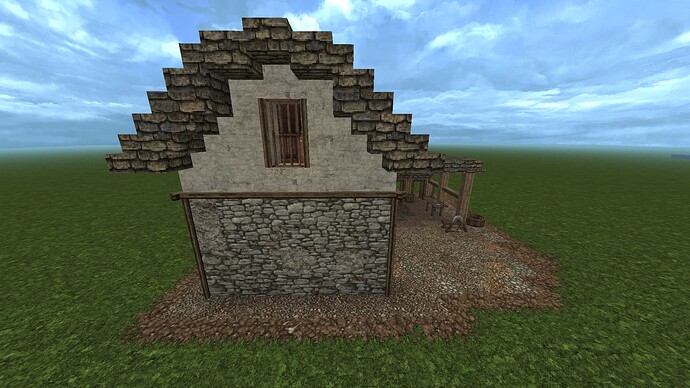 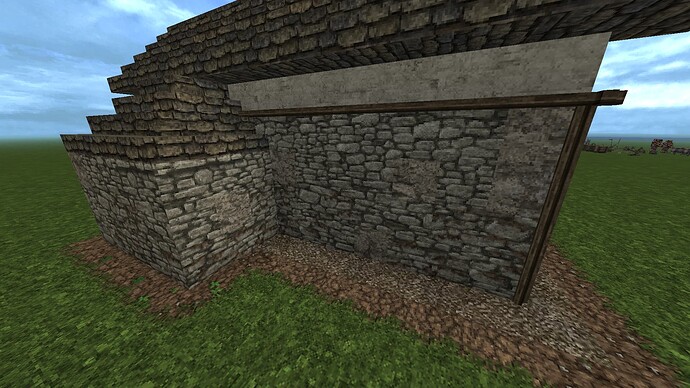 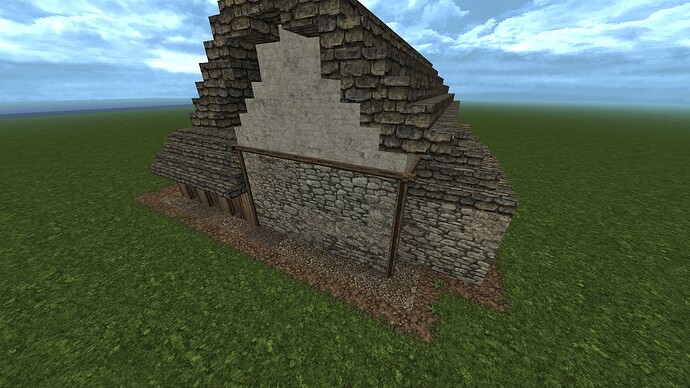 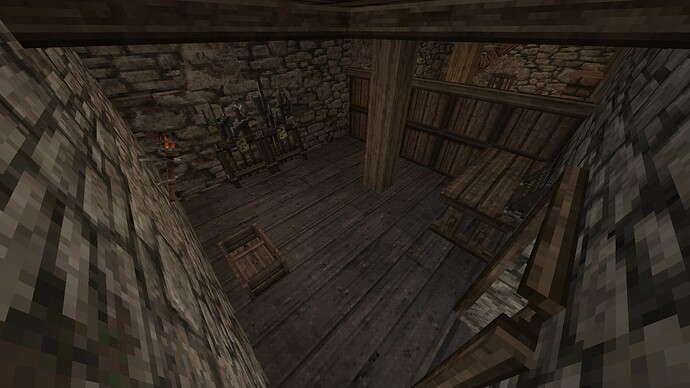 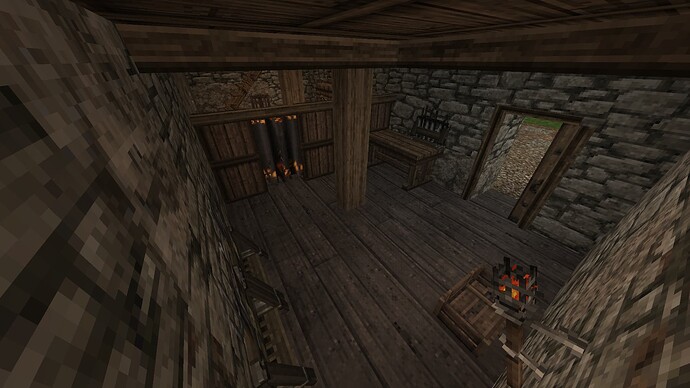 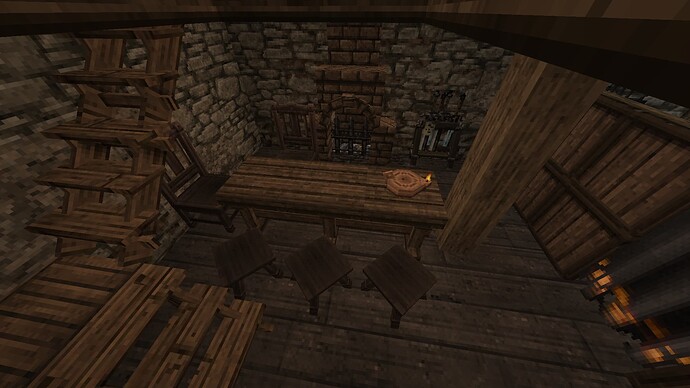 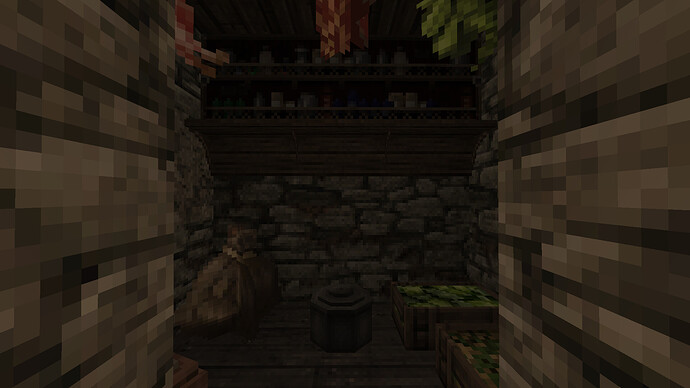 Hey Emperor, thanks for your application!

As you’ve mentioned you’re very new to building Conquest, so you’ve still got a few things to learn. It’s quite different to building in vanilla, with different building techniques.

I’d first recommend checking out the guide for Bree rural houses at /warp Breeguide and using that to guide your building. I’d also have a look at the existing houses around Bree.

Something it’s worth getting a handle on early are gradients. These are useful for walls, roofs and roads, and generally will make your builds look a lot better when used properly. If you look around on the server you’ll see they’re used in all kinds of places.

I’d request that you have a go at a Bree-style farmhouse, with a thatched roof and 6-7 beds. The lower floor should be a barn for animals with the upper floor for the family.

@Sunwing34 will be your mentor - you’re both UK based so your timezones match up.